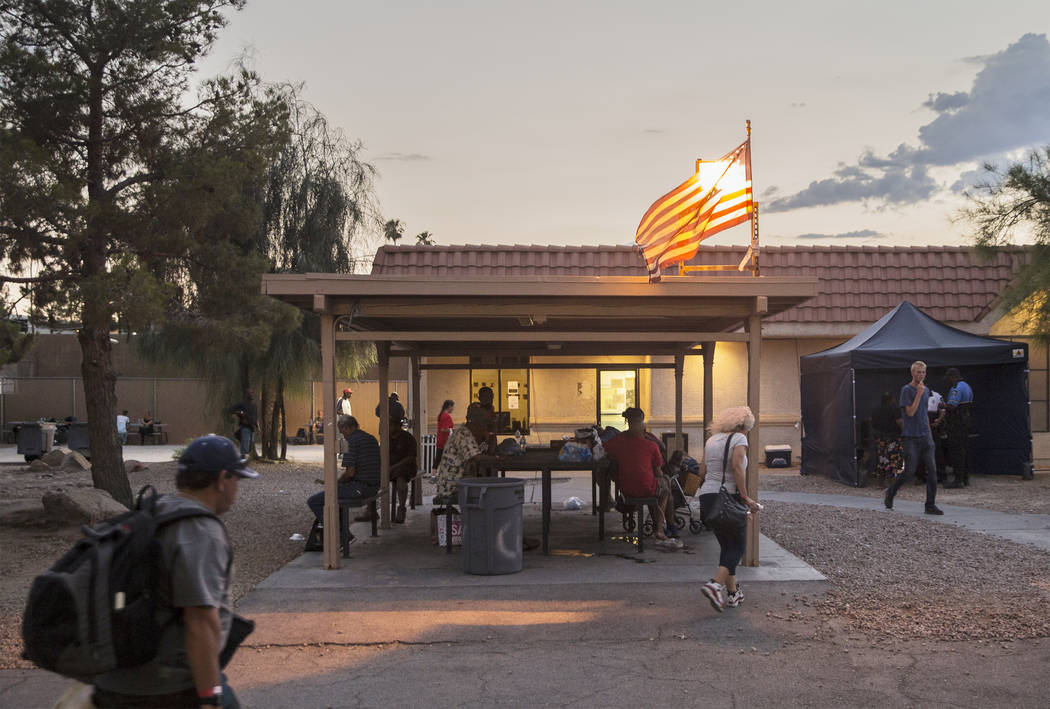 Las Vegas officials want to increase the amount of money the city can direct to homeless services — but they need a big OK from the state Legislature to make that happen.

City officials will ask state lawmakers early next year to increase the regional property sale tax and city fees. It’s estimated the revenue would bring in an extra $20 million.

At a meeting last month, the council agreed that there isn’t enough money to address the growing issue of homelessness in Southern Nevada: An annual census conducted in January counted more than 6,000 homeless people in Clark County.

A presentation at the meeting identified that more than 75 percent of homeless people lived in Southern Nevada “before they lost their housing.”

“We’ve got to have a dedicated revenue source that allows us to build more housing and help people experiencing homelessness get over that hump. said Kathi-Thomas Gibson, the city’s director of community services. “Any penny we can scrape together is on the table.”

The city wants to increase sewer fees and the transfer property tax. The sewer surcharge would jump 8.6 percent, about $22, in 2020, to generate an estimated $5 million.

The property transfer tax would apply to the sale of property, and add 25 cents to the current $2.55 per $500 of value, which would bring in an extra $15 million county wide. It’s unclear, however, how much of that money the city would get.

For the 2018-2019 fiscal year, the city of Las Vegas has allocated 2 percent of its budget to the homeless services, which comes to nearly $20 million.

The increased revenue would contribute to transitional and affordable housing, as well as the city’s 24-hour courtyard, where homeless people to access a variety of resources.

Thomas-Gibson said she approached the city council this year with the idea to expand on some of the block grants and federal money the city receives for affordable housing.

“We were looking to get a dollar amount, and do it in a way that was not onerous to the public, but (would) generate enough revenue that it would have some impact,” she said.

Nevada Assemblywoman Maggie Carlton, who is familiar with the district where the courtyard is, said she looks forward to hearing more about the proposal when the Legislature meets next year.

“I’m glad somebody is trying to be proactive about homelessness and trying to come up with a way to generate the dollars,” Carlton said.

Councilman Steven Seroka, one of three council members who opposed the request, said he did so because the projected revenue will not be sufficient.

“We can’t do it alone at the city level,” Seroka said. “It will take an entire community, not with our city tax dollars, but with a private investment.”

The Mayor’s Fund for Las Vegas LIFE is one of the initiatives established to allow corporations, businesses, nonprofits and private individuals to donate to various city projects.

So far, it’s raised nearly $500,000, of which 25 percent has been allocated for homeless services.

“We’re looking for options, we’re not married to just one or the other,” said Councilmen Bob Coffin, who voted in favor of the request.

Coffin said that the valley’s homeless issue is one of public safety, and goes far beyond social services and “lending a hand up” and requires a steady revenue to solve the problem.