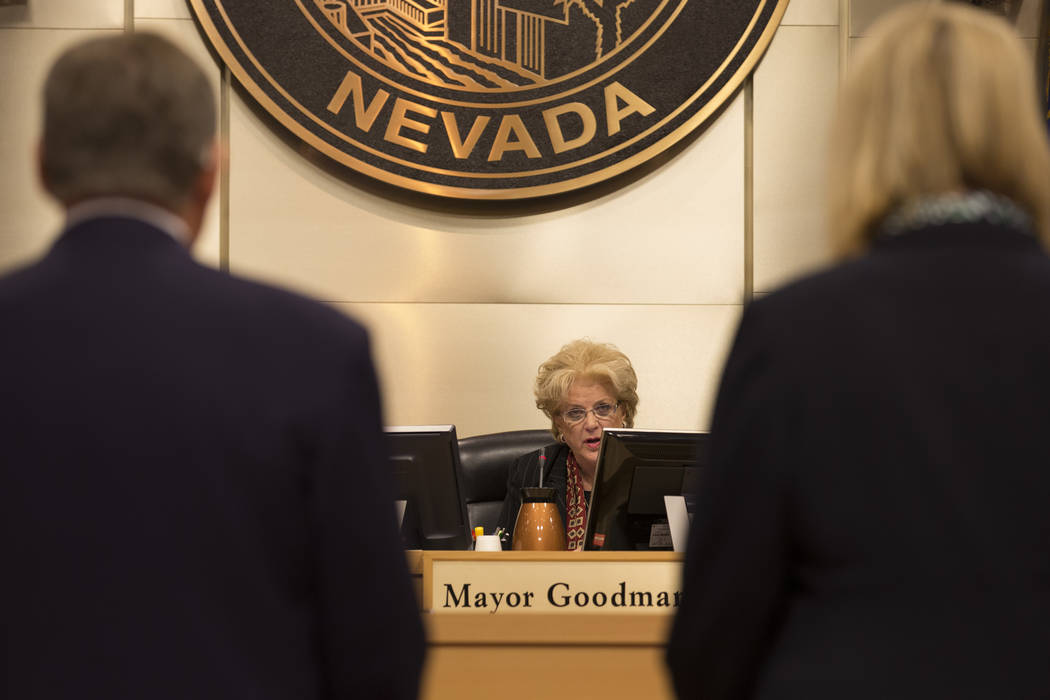 A resident of Las Vegas’ Scotch Eighty neighborhood described discarded underwear and used condoms littering the neighborhood, left behind by people staying at a short-term rental home across the street.

Another Las Vegan tearfully told how he needs to be able to operate a short-term rental to keep his family afloat.

Those were a couple of the personal accounts a Las Vegas City Council committee heard Monday regarding a controversial set of proposed short-term rental regulations.

Short-term rentals are allowed in certain zoning districts in the city, but new regulations would create a number of changes. One would require a special-use permit before owners can legally operate. That gives the city more oversight on where short-term rentals are allowed and allows neighbors to weigh in before individual permits are issued, said Councilwoman Lois Tarkanian, who is sponsoring the new ordinance.

Owners have up to a year to obtain the permit, although owner-occupied short-term rentals with two or fewer bedrooms do not need a special permit.

Attorney Jay Brown, representing the Vegas Vacation Rental Association, said it is unfair for the city to now require a permit for operators who have followed the rules and invested a significant amount of money “when the history of the city is to grant them infrequently, if at all.”

Under the new rules, operators must use their business license number on all advertising and have at least $500,000 in liability insurance coverage. Occupancy is limited to two people per bedroom.

“I have strong feelings about this because I’ve been on the front line,” Tarkanian said, adding the rules are aimed at guarding and protecting neighborhoods.

Many of the speakers Monday said the new regulations are either too restrictive or not strong enough.

Another requirement — that a placard must be displayed on the exterior of all short-term rentals listing the occupancy and 24-hour contact information for complaints — drew safety concerns from property owners worried about break-ins.

Tarkanian said she has heard complaints about “party houses” in her ward in neighborhoods nearest to the Strip for years.

“Let them go to the Strip,” homeowner John Saling urged. “That’s what this is about. We don’t need them in our neighborhoods.”

Monday’s meeting started awkwardly, marked by a lack of microphones, audience outbursts and a crowd that exceeded room capacity, causing officials to move the crowd into the larger City Council chambers.

The three-member committee placed the regulations on the June 7 City Council agenda. Councilman Stavros Anthony voted against the move because he said the new rules are ready for a vote.

Julie Davies applied with the city to operate a short-term rental out of her downtown condo a year ago, and her license has been held in limbo since. She said if a special-use permit is put in place and people find it too prohibitive, they will continue to operate outside of the local laws.

“They make it easy to do it unlawfully and hard to do it lawfully,” Davies said.

The popularity of platforms like Airbnb and VRBO, which let property owners rent rooms, has been on the rise. A search on Airbnb for a four-night stay in June yielded more than 300 Las Vegas options, some where they’re allowed and others in prohibited areas.

Concerned residents questioned how the city will enforce the new regulations and argued short-term rentals are commercializing their neighborhoods.

Stephen Grogan, president of the Scotch Eighty Owners Association, called short-term rentals “an epidemic” and contended they’re operating at the detriment of other neighboring homes’ values.

“There are four operating in our neighborhood illegally, and the city is doing nothing about them,” Grogan said.