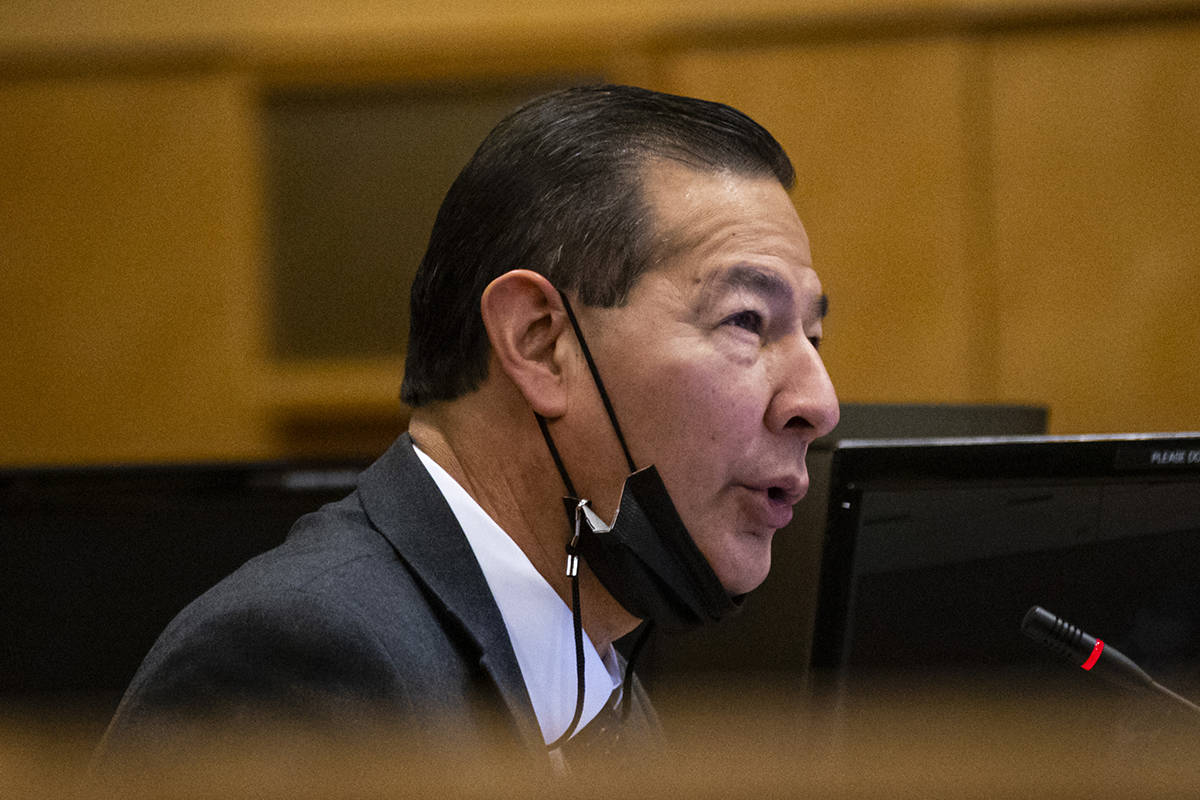 The Las Vegas City Council on Wednesday passed a final $628 million general fund budget for the upcoming fiscal year, reflecting a rosier financial picture for the city than 12 months ago under the tumult of a burgeoning pandemic.

The spending plan for fiscal year 2022, which starts July 1, “has a much brighter outlook than the budget we presented last year,” City Manager Jorge Cervantes told city lawmakers.

In May 2020, the council submitted a pared-down $572 million general fund budget to the state as the city braced for potentially its worst financial crisis ever.

But behind federal stimulus packages directly assisting the city and a gradual economic reopening, the city expects to end this current fiscal year with $624 million in total revenues, officials said.

It took a decade for city consolidated tax revenues to fully recover after the Great Recession. But projected revenues in the new fiscal year will slightly exceed pre-pandemic levels from 2019, a sign that the pandemic’s economic fallout has been less severe for the city than expected.

“I think that’s good news that the economy is fairly resilient, and is coming back, and hopefully will help us support the services that we need moving forward,” city Chief Financial Officer Gary Ameling said.

The new budget will restore 72 previously unfunded positions, which is 18 more than city officials recommended in a tentative spending plan approved last month. Thirty of the vacant positions are in public safety. Seven restored jobs in the recommended final budget will add to the city’s fire department and municipal court, and one is a bilingual city public information officer.

The city has held up to 200 positions vacant as it navigates economic challenges, and the restorative nature of the budget directly targets priorities set by the council, according to Cervantes.

Other newly funded jobs, he said, include a diversity officer to provide social services-related outreach to underserved communities; a grant coordinator to focus on available federal dollars with an emphasis on the city’s affordable housing crisis; and positions to clean downtown streets and help neighborhoods in need of revitalization.

Ameling said the new budget will also restore overtime for the fire department to levels from fiscal year 2020 to eliminate brownouts that occurred during the pandemic. And 86 new Las Vegas police officers will be added, reestablishing a formula of two officers per every 1,000 residents.

Almost two-thirds of the city budget is earmarked for public safety, yet Ameling said that it is not an unusual share among governments.

The city’s capital projects are also expected to benefit from the economic recovery. More than $25 million in excess city reserves will be directed to capital needs, according to Ameling.

There are 62 new planned projects, including $47 million for the downtown civic center building and plaza; $15 million in preventative maintenance on city facilities; $14 million for LED lighting upgrades on streets and at parks; and $7 million toward cybersecurity upgrades to the city’s network.

“This year’s going to be almost like the equivalent of doing two years of work in one year,” he said.

Meanwhile, the budget also reflects allocating up to $30 million this current fiscal year from President Joe Biden’s American Rescue Plan and emergency rental assistance to reimburse efforts responding to the pandemic and to assist renters.

Cervantes said it is unlikely the city can spend as much over the next six weeks and that leftover funds will carry over to the new fiscal year. He said that city staffers were still combing over guidance on how the city may use $130 million it will receive over the next two years from Biden’s rescue plan.

City lawmakers were clear that they wanted to flesh out priorities for those funds in the near future.