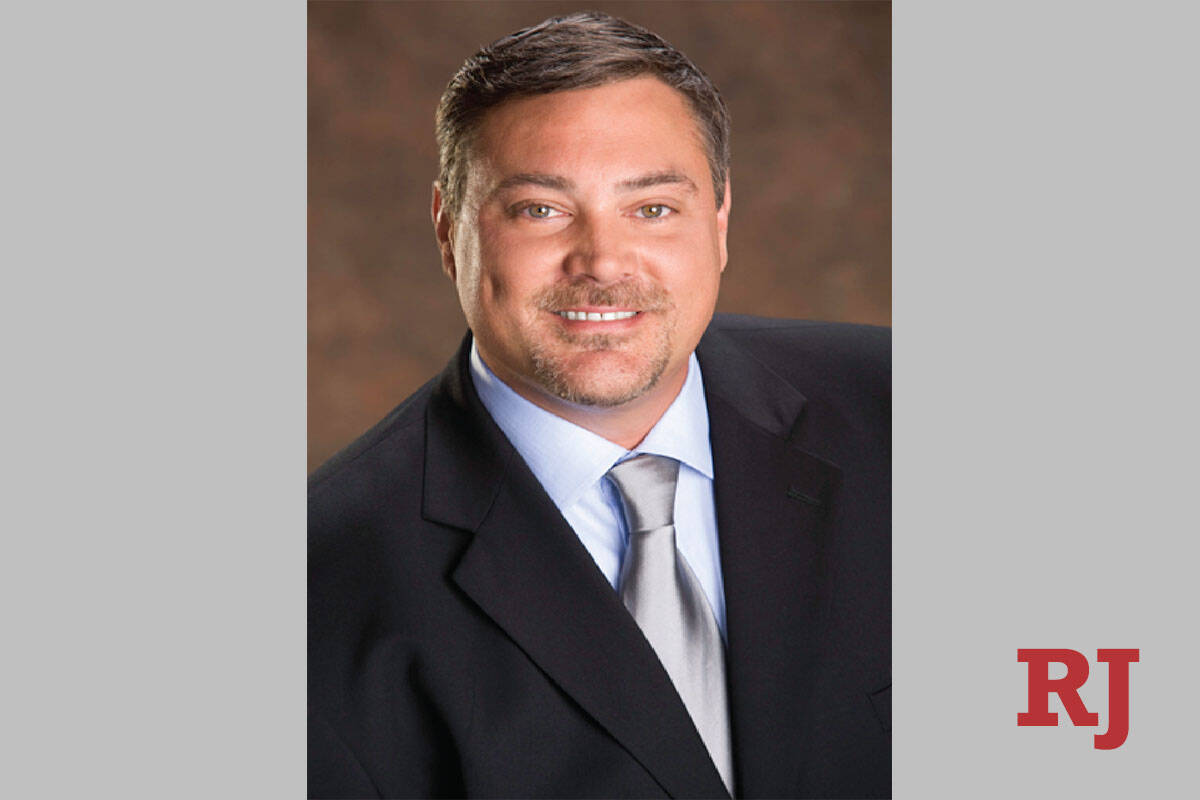 Las Vegas Planning Commission Chairman Lou DeSalvio announced Monday that he will pursue the Ward 6 City Council seat that is suddenly up for grabs with Councilwoman Michele Fiore setting her sights on governor.

DeSalvio, 50, was appointed by Fiore to the commission in August 2017. Rather than run for reelection in Ward 6, Fiore declared her bid for governor two weeks ago, which DeSalvio said he saw as an opportunity to make his own push for higher office.

But in an interview, DeSalvio said he would not seek to ride Fiore’s coattails or play up his relationship to the incumbent but instead planned to run a campaign that drew on his own connections in the northwest Las Vegas district.

“They know who I am. They know I’m a straight shooter,” he said, noting that he was grateful to be Fiore’s appointee. “I’m me, and she’s her. It’s my candidacy.”

DeSalvio said his three top priorities as a city lawmaker would be to improve public safety, finish roads and maintain harmonious development.

He has been involved in zoning matters as a planning commissioner for four years, saying that he has learned that compromise is required to balance growth with projects that are ultimately acceptable to neighbors.

“There’s no rulebook, there’s no hidden secret, it truly is a case by case basis out here,” he said. “It starts off with torches and pitchforks and it ends up with ‘welcome to the neighborhood.’”

DeSalvio has also been part of community development and downtown design review boards in the city and he participated in the city’s 2050 master plan. He unsuccessfully ran for state Assembly in 2012 as a Democrat and for county clerk in 2014.

He is president of Laborers Union Local 872, which had pushed to recall ex-Las Vegas Councilman Steve Seroka before Seroka resigned in 2019. But DeSalvio said Monday he believed he and the current council “would work great together.”

The union was also involved in an ugly pay dispute with a construction company over a Las Vegas Strip safety posts project in 2018. DeSalvio, who had reported the company to the county for underpaying workers, was accused by the company of impersonating a county official.

DeSalvio reiterated Monday that it was not true that he pretended to be a county official to gain access to a job site. The construction company was ultimately found liable for back pay and forbidden from holding a public works contract for three years.

As he looks ahead to higher office, he cited his experience in City Hall and his understanding of city functions as providing him with a leg up.

“It gives me the edge because I’ve already been vetted for the last four years in this community,” he said.