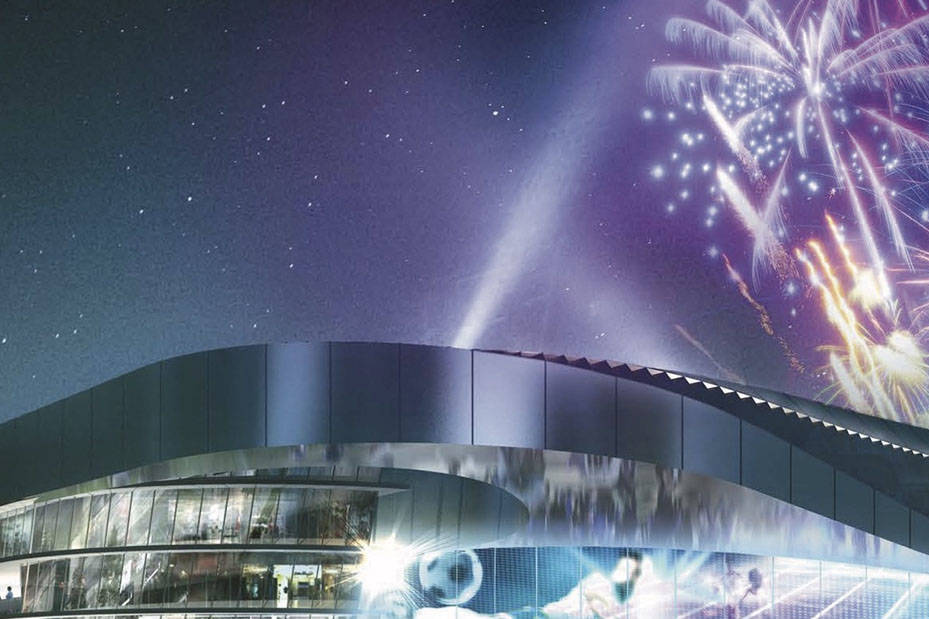 The city of Las Vegas will have at least two more months to reach a deal to bring a Major League Soccer franchise to a new stadium near downtown, city officials say.

Las Vegas and The Renaissance Companies Inc. have been in talks for six months seeking consensus on a master development agreement for construction of a soccer stadium, where city officials hope a Major League Soccer expansion franchise will one day play near Cashman Field.

The two sides entered into a 180-day exclusive negotiating agreement in June but that window was set to expire Sunday. However, city spokesman Jace Radke confirmed this week that both sides have agreed to push the deadline to Feb. 5.

“The extension has no bearing on how the negotiations are going as they are continuing to move forward,” Radke said.

Mayor Carolyn Goodman, who has championed the idea of luring an MLS club to the city, said the extension came as a result of scheduling issues amid the holiday season.

“I feel very comfortable that we’re moving in the right direction,” Goodman said this week about a possible deal.

Floyd Kephart, chairman of Renaissance, did not respond to messages seeking comment on the extension.

The city and Renaissance, a project manager and financial adviser, are well known to each other: Kephart has said they had been engaged in conversations for 17 months prior to entering into negotiations with hopes of pulling the trigger on a master development agreement.

The proposed project calls for building the stadium and mixed-use development, including residential and retail outlets, on at least 62 acres where city-owned Cashman Field is located just north of downtown. Las Vegas Lights FC, which plays at Cashman Field in a professional league a tier below the MLS, would become the MLS expansion team under the plan.

While Renaissance is expected to present the city with a detailed plan for new stadium financing during the ongoing negotiation period, much of the heavy lifting is reflected in the master development agreement, according to city documents.

It would outline the project developer and master plan, and the feasibility of certain public financing options through tax credits. The expected sale of the Lights to Baupost Group LLC, a hedge fund managed by billionaire Seth Klarman, is also contingent on an agreement.

Within 30 days of the effective date of the deal, the city and Lights ownership would submit an application to MLS in an effort to secure the league’s 30th expansion franchise. But ultimately the stadium project deal is not tied to a successful pitch to join the league, according to Kephart.

While the preliminary stadium proposal calls for a covered roof with a retractable field and 25,000-person seating capacity, Kephart said in June that a scaled-back version of the stadium for the Lights would move forward if the MLS did not approve the city’s application.