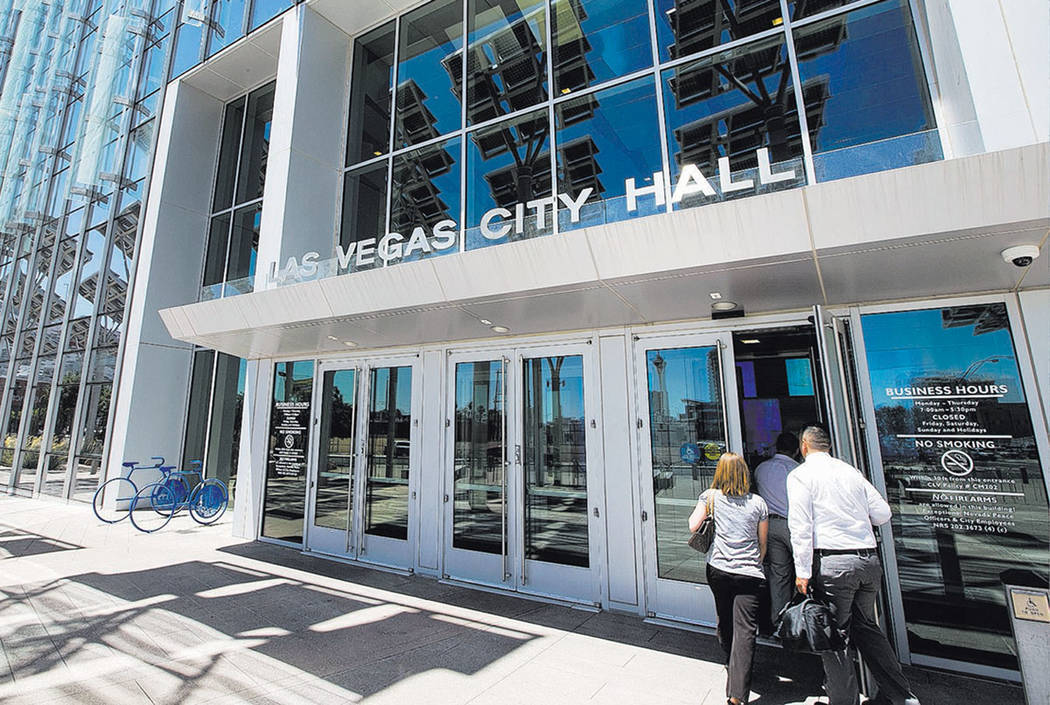 As rain fell on a February day, a dashboard on Michael Sherwood’s computer in his Las Vegas City Hall office pinged when cars encountered slick spots on city streets.

Receivers in the downtown technological testing zone, dubbed the Innovation District, pick up data that newer-model cars put out when the traction control system is triggered or the airbag deploys.

Red pins pop up in real time on the three-dimensional map on Sherwood’s desktop that shows the downtown area. In the future, the dashboard could be integrated with dispatch software, lessening emergency response delays, Sherwood said.

“If you’re in your vehicle and the airbag goes out, currently no one knows unless someone is driving by and calls emergency services for you,” said Sherwood, the city’s director of information technology. “In the future, with this type of technology, your airbag deploys and we’re able to go to our dispatch center with that reading. We’re able to know where you’re at, what is the closest fire station to respond. Because we know there was an airbag deployment, we know we probably need to send paramedics.”

The city worked with Cisco and Esri on the dashboard, which also reports weather conditions and air quality.

Where there are pockets of indicators, it could mean a problem with that section of the street.

“Maybe we need to send a crew out there to take a look at it,” Sherwood said. “Over time, we’ll get a lot more details about how people use the street.”

The dashboard and the raw data it collects can be shared with other agencies, such as the Metropolitan Police Department and the Regional Transportation Commission of Southern Nevada, Sherwood said.

The data that city receivers pick up from cars generate an identification number, but this and other technologies the city is working on don’t tie back to an individual, Sherwood said.

Despite its potential for lessening emergency response delays, the dashboard is a byproduct of the city’s efforts to create an autonomous-vehicle testing ground downtown. The city is already working with autonomous vehicle manufacturers to pilot their technologies downtown.

The data dashboard will eventually be able to cover the whole city, and much of the data will be open to the public, Sherwood said.

With the city’s Innovation District largely confined to downtown Las Vegas, City Councilman Stavros Anthony questioned Sherwood at a recent council meeting about how his Ward 4 constituents benefit from the “smart city” projects.

The roadway dashboard and other new technologies will make their way into the city’s farther-flung wards, Sherwood said.

City officials are expected to soon go live with “Go Vegas,” which will allow anyone with an Apple TV or Roku device to stream the city’s content. Sherwood envisions East Coast grandparents being able to watch their grandchildren play soccer in a Las Vegas park on a device, using a code the city’s parks and recreation department gives out.

Sherwood’s office also has been developing camera technology to determine whether city parks are littered. Cameras send images to the cloud, and the city’s program can determine when an area is dirty or clean or when grass is brown or green, he said.

“If we use our cameras to know if a street is dirty or clean, why would we street-sweep when a street is clean?” Sherwood said. “Next, we’ll teach it how to detect graffiti.”