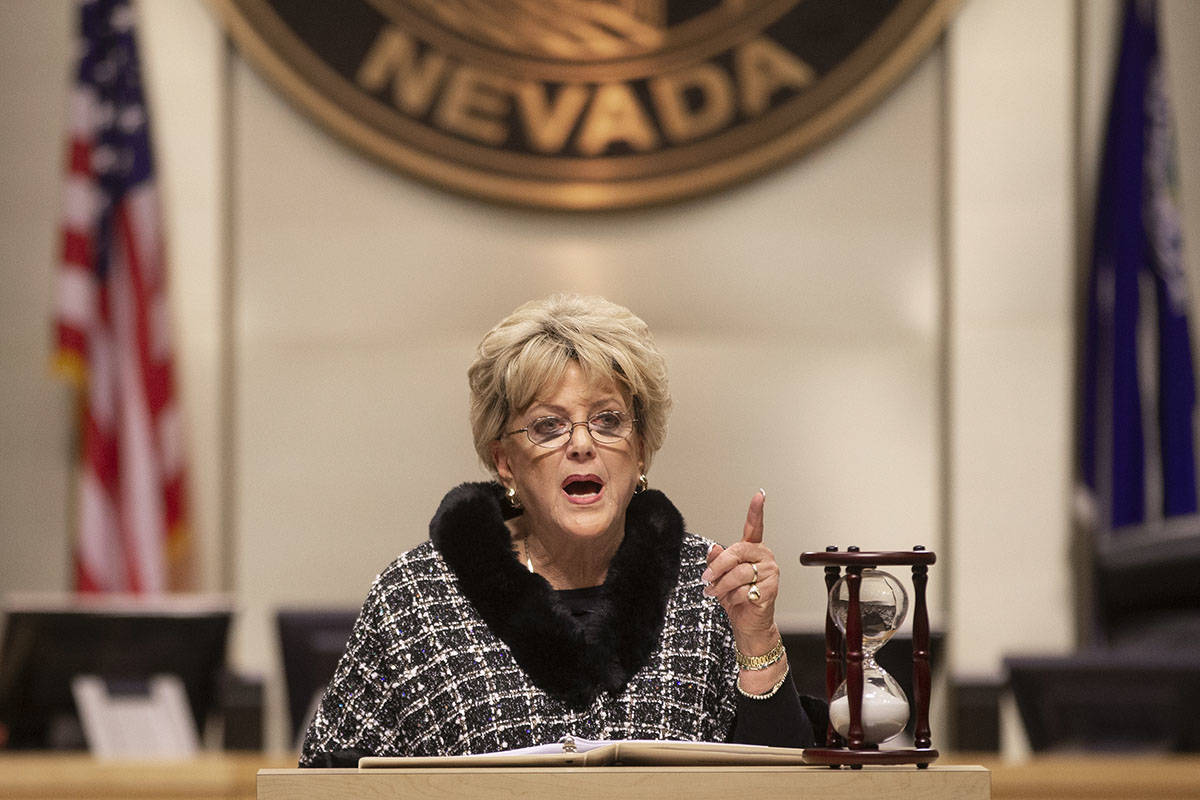 Organizers abruptly ended their effort Wednesday to recall Las Vegas Mayor Carolyn Goodman over her response to the coronavirus pandemic, citing the logistical challenges and risks of collecting signatures posed by the virus itself.

Polk notified supporters by email that the Committee to Recall Mayor Carolyn Goodman was suspending its effort, a move that comes the week after organizers disclosed to the city that they had not collected any signatures toward launching a recall election by the halfway point in the process.

“I’m delighted that this is off the table because we have so many issues and it’s really about the greater good of our community and it’s not about me,” Goodman said when asked for her reaction.

The recall initiative started roughly two months ago following national television appearances in which the mayor pushed back against statewide closures to control the spread of the virus, underscoring that workers and their families were being decimated by the resulting economic tailspin.

But Goodman’s appearances were highly controversial: She said the city should be used as a control group to test whether social distancing measures were working and suggested that businesses that reopen and were hit hard by virus outbreaks would simply be swallowed by competition, among other statements. She later acknowledged that she had been overwhelmed by both support and “hate” that resulted from the interviews on CNN and NBC.

Polk was among the many whom criticized Goodman, including Gov. Steve Sisolak, Clark County elected officials and the state’s largest labor union.

In early May, Polk said that Goodman had “failed to responsibly represent her constituency.”

“Not only in her clear disregard for public health, but also in her support for the casino owners over the people of Las Vegas,” he said in a statement at the time.

The recall effort had the promised backing by top Democratic donor Stephen J. Cloobeck, who had vowed to spend “whatever it takes” to force Goodman into a recall election.

But by June 20, halfway into the 90-day process, the committee had not received any contributions of more than $100, and had not collected a single one of the 6,745 signatures required to put a recall on the ballot.

Polk attributed the ineffective showing Wednesday to a planned strategy that ultimately did not work and to a resurgent virus that made the signature-gathering effort not only difficult but “irresponsible.”

He said he initially planned for interested eligible parties — registered voters who participated in last year’s municipal primary election — to download the recall petition, sign it and send it to him.

But then he was told that the process requires in-person signature gathering, which he described as “a huge blow” and not conducive to the risks of contact during the pandemic as cases rise throughout the state.

Despite ending the effort, Polk said he had “no doubt” that a significant number of signatures could have been collected, pointing to the up-to 2,000 emails he said he received from individuals wanting to sign or otherwise help the effort.

And he said that it was possible that a new recall effort could be launched in the future if he believes Goodman is acting in a manner that does not help the city’s residents.

“While I am disappointed, I stand by my reason for the recall: that the citizens of Las Vegas deserve better than to be a control group in Carolyn Goodman’s experiment,” he wrote in the email to supporters.

Invitation on the table

Goodman acknowledged the recall effort had served as a distraction from the work in front of city officials. But she said she would like to invite Polk to City Hall to “hear what his thoughts are” and so she could similarly share her own, viewing the proposed meeting as a learning opportunity.

She drew comparisons between Polk, as “a gamer,” and her husband, former Las Vegas Mayor Oscar Goodman, who is also a gambler — although not on table games, she noted.

When casinos reopened in Nevada a little less than a month ago, Carolyn Goodman said she was “cautiously pleased,” well aware that a spike in cases could stall or rollback the economic recovery.

On Wednesday, she maintained that outlook, pointing to how a coronavirus vaccine is necessary to stabilize the outbreak. And until one is created, she said, “this is going to be an up and down.”

In addition to Goodman, Councilwoman Michele Fiore is subject to an ongoing recall effort, rooted in controversial statements she made at a recent Republican gathering and her support for revamping a hay barn at Floyd Lamb Park into an events center.