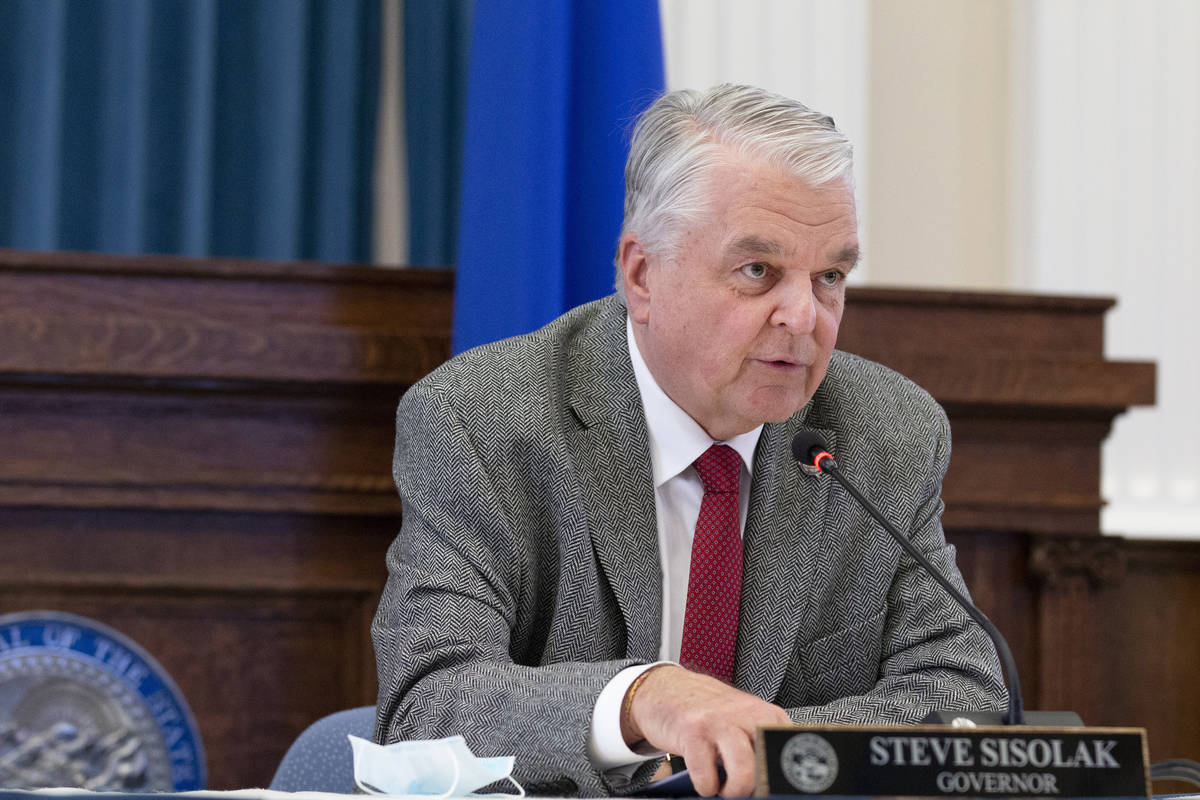 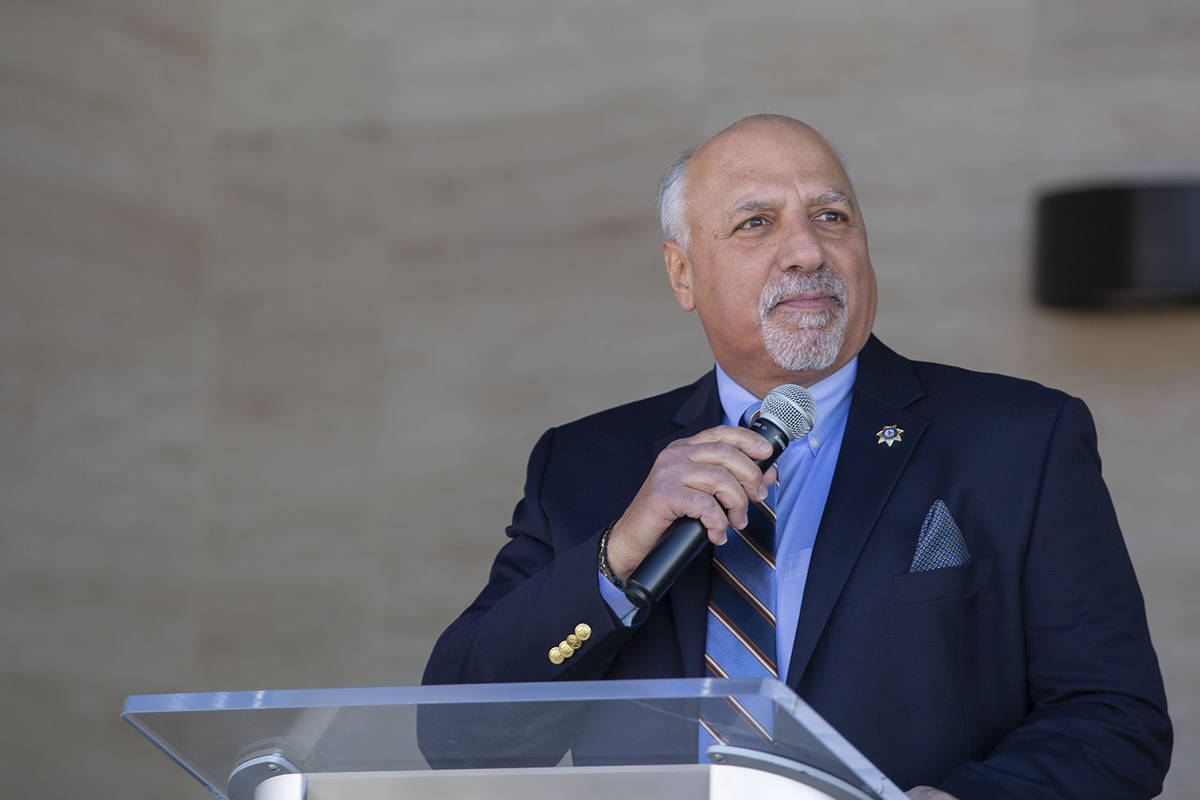 Gov. Steve Sisolak announced Tuesday the Nevada National Guard would be deployed to Southern Nevada, although not for crowd control, one day after a Las Vegas Metropolitan Police Department officer was shot in the head on the Strip.

Instead, “their mission is to act as support personnel and they will focus on protecting critical facilities, preserving public safety, and allowing individuals to exercise their rights to peacefully demonstrate,” according to a statement from Sisolak’s office.

National Guard members had previously been deployed to assist police in Reno deal with protests in that city. They have also been assisting in the state’s response to the COVID-19 epidemic.

Meanwhile, the Clark County Commission Wednesday will consider banning backpacks, large purses, luggage and other containers that can conceal dangerous materials at protests.

And two ex-Metro Police officers now serving in government have called for curfews and harsher enforcement against violent protesters as well as police reforms in Nevada.

All of that comes as Las Vegas deals with protests in response to the death of George Floyd, an unarmed black man who died in the custody of Minneapolis police as an officer sat with a knee on his neck. That officer has been arrested and charged in Floyd’s death.

The county ordinance to be considered Wednesday would adopt restrictions similar to rules now in place for New Year’s Eve and other special events. It would exclude the media and necessary medical devices, but still allow protesters to exercise their First Amendment rights, according to a copy of the emergency ordinance.

“Public protests in Clark County over the in-custody death of George Floyd have erupted in violence between demonstrators and against law enforcement personnel, and against both publicly and privately owned property,” the ordinance reads.

On Tuesday afternoon, the cities of Las Vegas and North Las Vegas said they would also consider an emergency ordinance similar to the proposed county law.

But Anthony later said the meeting would have to wait until the council’s regularly scheduled meeting Wednesday, because there was not enough time to provide adequate public notice before that.

Before the governor’s announcement, Anthony tweeted the National Guard should be activated to back up Metro officers. He added that violent protesters should be held without bail in the presently closed prison in Jean, then sent “back to the state they came from.”

Police officer shot. He needs our prayers. This has to stop today. Violent thugs do not control our community. Implement a curfew. Call out the national guard, police need help. Arrest all violent rioters immediately. No bail. Law and order. pic.twitter.com/kmpuTJCJn5

“It would have been great to have a curfew and the National Guard (Monday), and that officer would probably be alive right now,” Anthony said. As of Tuesday, however, the officer who was shot — 29-year-old Shay Mikalonis, a four-year veteran — was still alive in critical condition at University Medical Center.

Anthony said he wants to see how other council members feel about a possible curfew, and whether one would be concentrated only in areas where protests have occurred thus far or extended across the city.

In a statement, Mayor Carolyn Goodman said she would withhold detailed comment until the facts were better known about the “tragic” incidents from Monday night. Officers also shot and killed a man armed with multiple firearms and who appeared to be wearing body armor outside the Foley federal building in downtown Las Vegas.

“The incidents have not diminished my belief in the spirit of harmony and oneness that I know we have in this wonderfully diverse city,” she said. “I am saddened if forces from outside our community are contributing to the tension and violence. Be the change, and do it peacefully.”

The violent protests come just days casinos are set to reopen in Nevada after being closed for months to slow the spread of the coronavirus, and Anthony acknowledged how restricting nighttime outdoor activity might impact that timeline.

“I think the violent protests being watched on national television will affect the opening of our casinos; I think the curfew could,” he said, adding that the sooner the city regained control, the better.

“What happened to Mr. (George) Floyd was an absolute travesty,” Anthony said, adding that he supported criminal charges in that case. Anthony oversaw the Internal Affairs Bureau during part of his career at Metro.

But he also said the city must send a message that while peaceful protests are encouraged, violence and looting will be shut down immediately.

Meanwhile, Assemblyman Tom Roberts, R-Las Vegas — a retired Metro assistant sheriff — took to Twitter on Tuesday to call for a special session of the Nevada Legislature to discuss police reform. Roberts served in law enforcement for 34 years before being elected to the Assembly in 2018, where he now serves as a deputy minority leader.

We need to protect our cops and citizens. The time for a discussion is now to prevent another officer from being a victim of violence. This deserves every second of our time. https://t.co/sowjdyJ4u1

“If truly this is about police reform, then I think it’s incumbent upon our elected leaders to have a conversation about it,” he said. “If we can have a discussion and no other people are injured or killed because of it, it’s worth every second of our time.”

The nationwide debate has reached his own family, Roberts said. One of his sons is a Metro officer, while the other is a college student considering joining the protests.

Roberts said he supports Metro, where he spent 25 years of his law enforcement career. He said the department polices itself to get rid of “bad officers,” and “99.9 percent” are good cops just trying to do their jobs.

He said he’s in favor of the mobilization of the National Guard to assist police, who he said are spread too thin and approaching their fifth straight day of protests. He condemned the shootings Tuesday night and any violence during protests.

But he also stressed that police officers are open to change. They frequently update tactics and policies because of court cases, changes in the law and adjustments to established law enforcement principles.