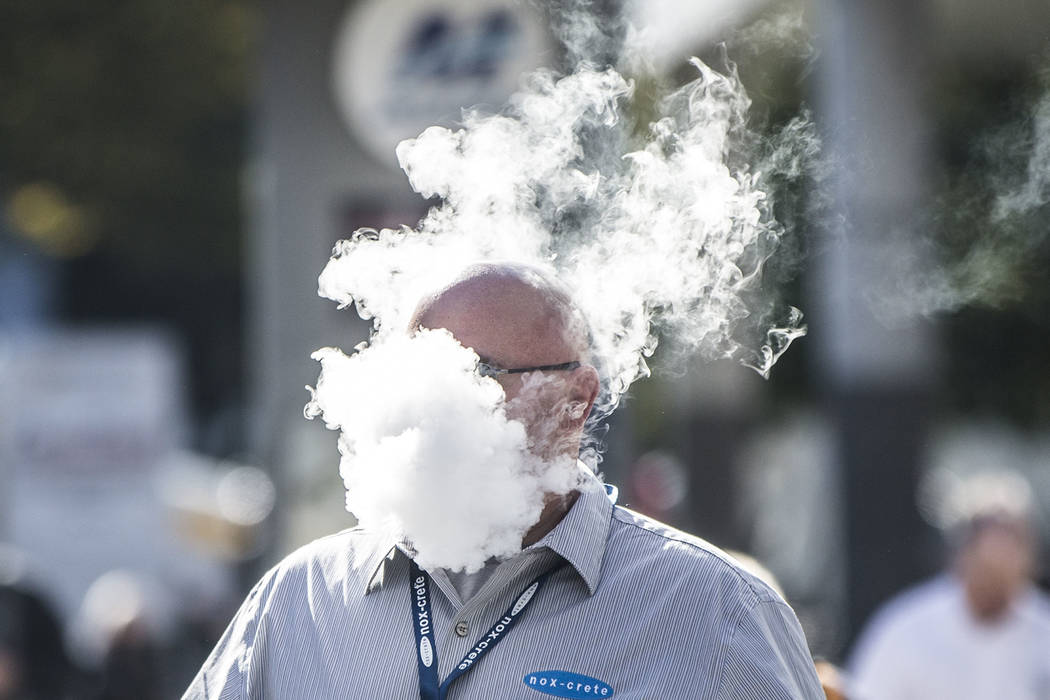 Under a proposed amendment to the city’s existing smoking ban, the boundary where smoking is not allowed also would be extended to the entire park. The law currently only prohibits smoking in certain parts of a park including sports fields, bleacher areas and sections designated for children’s play.

Las Vegas Councilman Brian Knudsen, who is sponsoring the bill, said the idea behind it is to listen to constituents who want smoke-free parks and to respond to the meteoric rise of vaping among young people. The U.S. Centers for Disease Control and Prevention says e-cigarettes are unsafe for kids, teens and young adults.

Knudsen, who also sits on the board of the Southern Nevada Health District, said his approach to the bill “was to marry the responsibilities I have” as a member of the health district and council.

A three-member panel of the council is expected to hear the proposal on Monday during the city’s Recommending Committee meeting, where it could potentially be sent to the full council for further review and possible adoption.

There are more than 100 parks and public facilities in Las Vegas, according to the city. While city parks are at the crux of the discussion, the existing ban and amendment includes public plazas and recreational facilities as well.

If passed, the city’s bill would follow neighboring jurisdictions of Henderson and North Las Vegas in banning the use of electronic cigarettes in public spaces. Clark County and Boulder City do not have laws on the books that address smoking in parks.

Knusden said this week there has been no resistance to his plan thus far, although he anticipated some trepidation over an outright ban on smoking. A message left Monday with the Nevada Vaping Association was not returned.

Smoking in city parks is a misdemeanor, punishable by up to six months in jail and/or up to a $1,000 fine. Knudsen said the intention is not to be punitive but instead to underscore having respect for others and to show young people that actions have negative consequences.

If anything, he added, he hopes the bill at least starts a public conversation on the matter.

Meanwhile, the Nevada Clean Indoor Act, which took effect in 2006, will ban vapor products and electronic cigarettes from most public places beginning Jan. 1, according to the Southern Nevada Health District. Exceptions include casinos, bars, strip clubs and retail tobacco stores. Marijuana use also is banned in city parks and other public spaces, but is governed by the state.