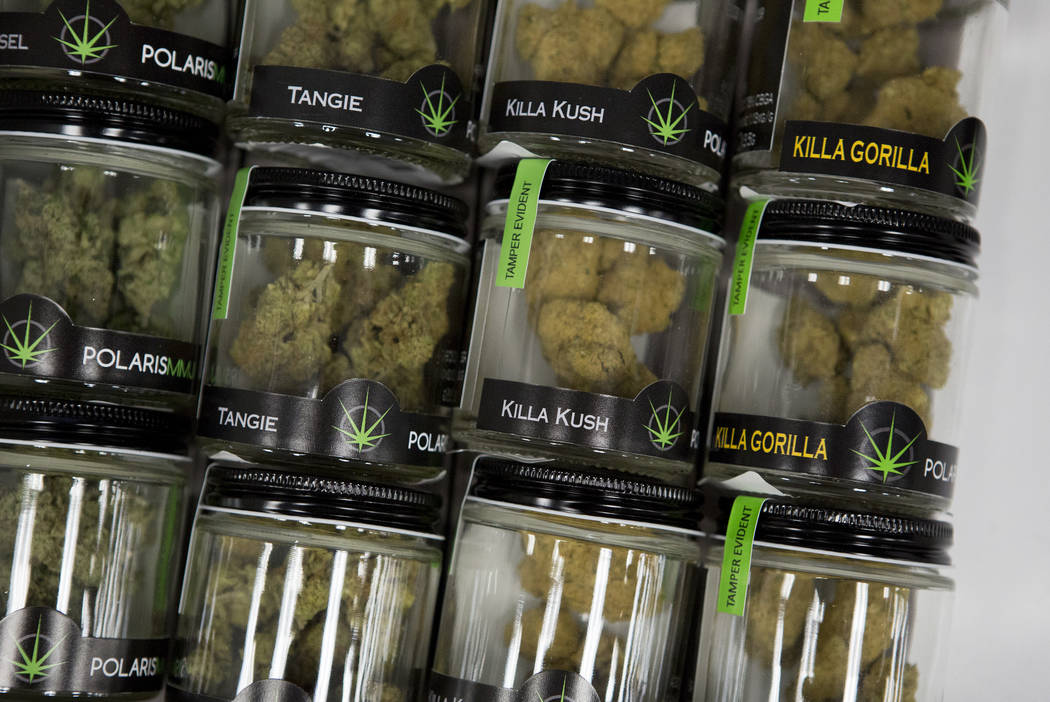 So-called social-use venues, colloquially known as marijuana consumption lounges, are now allowed in Las Vegas after the Las Vegas City Council signed off on a bill Wednesday making the city the first in Nevada to allow such businesses.

But what does it mean exactly? Here are answers to some frequently asked questions:

What are marijuana lounges?

A location where consumers, who must be 21 years or older, can bring their own marijuana and marijuana products and use them inside.

But are there restrictions?

Yes. The lounges cannot provide, sell, distribute or store the drug, but they may sell or distribute paraphernalia. Consumers cannot use marijuana in the view of the public or in an outdoor area, and delivery to commercial locations is prohibited under state law.

Will alcohol be served in these lounges?

No, alcohol cannot be served or consumed.

OK, so who can open a lounge?

For the first year, only those with city-licensed medical or recreational marijuana dispensaries will be allowed to apply to operate a lounge. There are 12 licensed dispensaries in the city, officials say, and the state recently allowed for as many as 10 more.

And how do they apply?

Prospective owners must apply for a special use permit that costs $5,000 yearly and would need to be approved by the council.

Are there certain conditions to acquire a special use permit?

Yes. Lounges must meet odor standards and have plans for security, training, fire safety, air quality and sanitation, among other things.

So when will I see an operational lounge?

It depends. A special use permitting process could take several months, according to officials.

Where will they be located?

Councilman Bob Coffin, who sponsored the bill, said it was his intention to have lounges adjacent to existing dispensaries.

Are there any distance requirements for where they may go?

There are. Lounges must be 1,000 feet from schools or casinos and 300 feet from institutions such as churches.

But the state bill to legalize lounges died. How is Las Vegas able to do this?

Although there’s no provision in state law for lounges, the Legislative Counsel Bureau issued an opinion in 2017 that said under existing law, local governments could license such businesses provided that patrons were at least 21 years old and that marijuana use was not visible to the public.