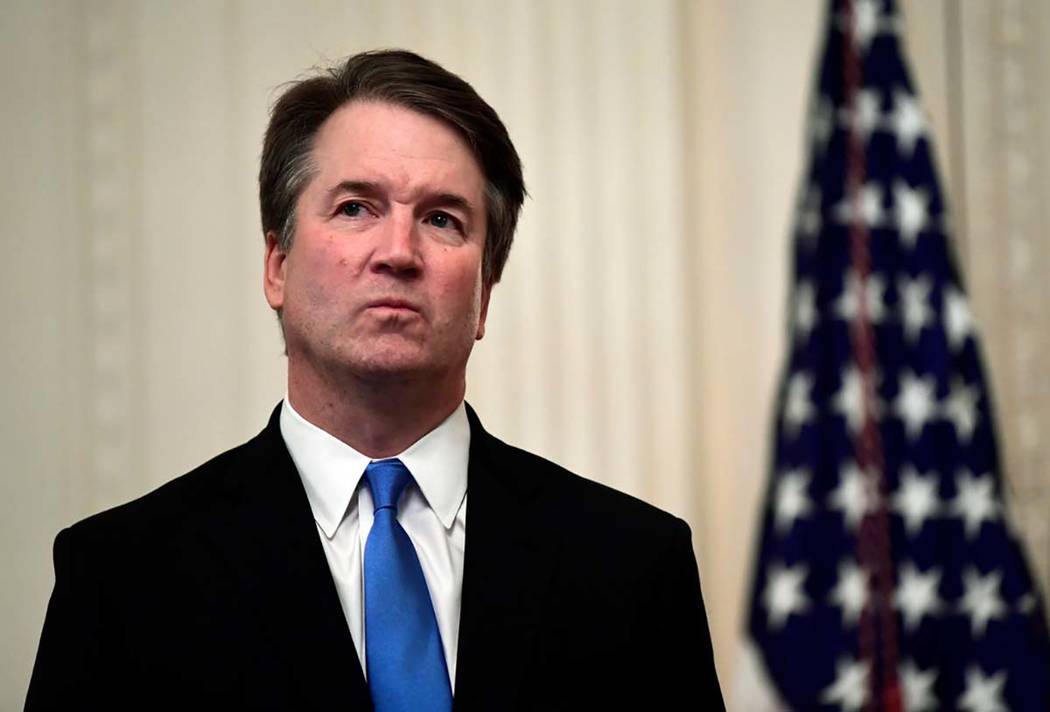 WASHINGTON ­­— So many things about Sunday’s New York Times piece regarding an allegation of sexual misconduct against Supreme Court Justice Brett Kavanaugh seemed off.

Even before the story hit readers’ doorsteps, the Gray Lady deleted a Saturday evening tweet that described Kavanaugh’s alleged behavior as seeming like “harmless fun.”

“It was offensive, and we apologize,” the paper later tweeted.

Before the weekend was over, the Times added an “editor’s note” informing readers that an unidentified woman who, according to the story, had an unwanted brush with Kavanaugh’s privates during a Yale dormitory party “declined to be interviewed and friends say that she does not recall the incident.”

But also, if a story contained blockbuster information that prompted key Democrats to call for Kavanaugh’s impeachment, one would expect it to run on the front page of the Sunday paper — not in the opinion section, and on Page Two of the section at that.

The piece, written by Times reporters Robin Pogrebin and Kate Kelly, authors of the soon to be released book, “The Education of Brett Kavanaugh: An Investigation,” offered that, while the authors found credible the testimony of Christine Blasey Ford, who alleged that Kavanaugh tried to force himself on her when the two were in high school, the story by accuser Deborah Ramirez “could be more fully corroborated.”

In September 2018, the New York Times wrote that its reporters interviewed dozens of people in an attempt to corroborate Ramirez’ story that at a drunken dormitory party, Kavanaugh thrust his penis in her face “and could find no one with firsthand knowledge. Ms. Ramirez herself contacted former Yale classmates asking if they recalled the incident and told some of them that she could not be certain Mr. Kavanaugh was the one who exposed himself.”

In October, the Senate confirmed Kavanaugh by a 50-48 vote.

After Sunday’s story ran, Sens. Cory Booker of New Jersey, Kamala Harris of California and Elizabeth Warren of Massachusetts were among Democratic presidential hopefuls who called for Kavanaugh’s impeachment or impeachment hearings.

“It just brought back incredibly disappointing memories about how the Brett Kavanaugh confirmation was rammed down the throats of the American people,” Democratic strategist Maria Cardona told the Review-Journal.

President Donald Trump was also taken back to the Kavanaugh confirmation. Over two days, he called on Kavanaugh via Twitter to begin “suing people for libel.”

On the right, critics pointed to other problems with the Sunday piece. Pogrebin and Kelly revealed that the source for their new accusation, Max Stier, “runs a nonprofit organization in Washington.”

They omitted the fact that Stier worked with the legal team that defended President Bill Clinton during special counsel Ken Starr’s probe. (Kavanaugh also worked on that case, but for Starr.)

It takes a majority vote in the House to impeach a federal judge, followed by a two-thirds vote in the Senate to convict and remove a judge from office. (It’s happened before in Nevada: In 1986, U.S. District Court Judge Harry Clairborne, who had been convicted and sentenced to two years in prison for falsifying his income tax returns, but who had not resigned, was impeached by the House and convicted and removed by the Senate.)

“They don’t have two thirds of the Senate,” Prakash offered. And: “It’s a lose-lose sort of proposition. If they actually vote to impeach him, all the moderates are going to get hammered.”

“I think it’s fine for the Democratic candidates to call for impeachment,” Cardona said. “At this point, it’s completely unrealistic.”

Even if the impeachment movement goes nowhere, Prakash told the Review-Journal, “It’s a shot across the bow (that says) we’re watching you. You are illegitimate.”

“If he stared voting liberally,” Prakash also argued, “they wouldn’t be doing this.”