GOP Rep. To Parkland School Shooting Survivor: 'Give Your Keyboard a Rest, Child'
The Associated Press
January 29, 2021 - 8:59 am 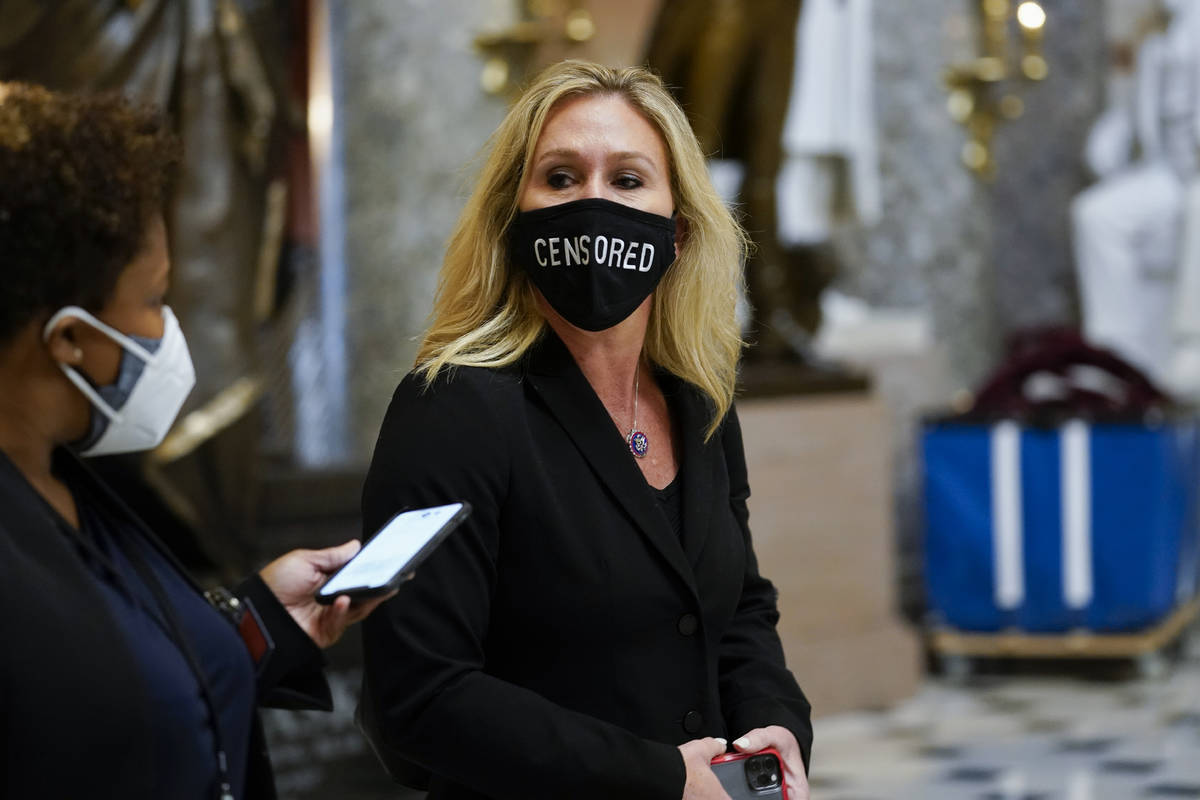 WASHINGTON — Nevada Rep. Dina Titus on Friday called for the expulsion of Georgia Congresswoman Marjorie Taylor Greene, after a video surfaced of her claiming the Oct. 1, 2017 mass shooting in Las Vegas was part of a plot to get Republicans to give up their guns.

Titus has sponsored a short resolution calling on the House to expel Greene under Article I, Section 5 of the Constitution. The House would have to muster a two-thirds vote, or 290 members, to remove Greene.

“Congresswoman Greene has encouraged executing politicians who disagree with her,” Titus said in a statement. “Her presence on the House floor is a legitimate security concern. She made the deranged allegation that 1 October – the darkest day in our city’s history – was a government plot. The victims’ families, the survivors, and our first responders deserve far better than having that vile ignorance spewed in the halls of Congress. She has openly embraced similarly disgraceful conspiracy theories about September 11th and the Parkland school shooting.

Greene, a Republican, made her comments in a video in which she identifies herself as being with an organization called American Truth Seekers. It’s not clear when the video was made.

Speaker Nancy Pelosi intensified pressure Thursday on House Republican leaders for their handling of the controversial GOP freshman, denouncing them for placing a lawmaker who Pelosi says has “mocked the killing of little children” on the chamber’s Education Committee.

Pelosi referred to social media posts reported by Media Matters for America, a liberal watchdog group, in which Greene pushed conspiracy theories or “liked” posts that challenged the veracity of mass shootings at schools in Newtown, Connecticut, and Parkland, Florida.

“Assigning her to the Education Committee, when she has mocked the killing of little children” at those schools, “what could they be thinking, or is thinking too generous a word for what they might be doing,” Pelosi said of Republican leaders. “It’s absolutely appalling.”

In a statement to Axios, a spokesman for House Republican leader Kevin McCarthy called the posts “deeply disturbing” and said McCarthy “plans to have a conversation with the Congresswoman about them.”