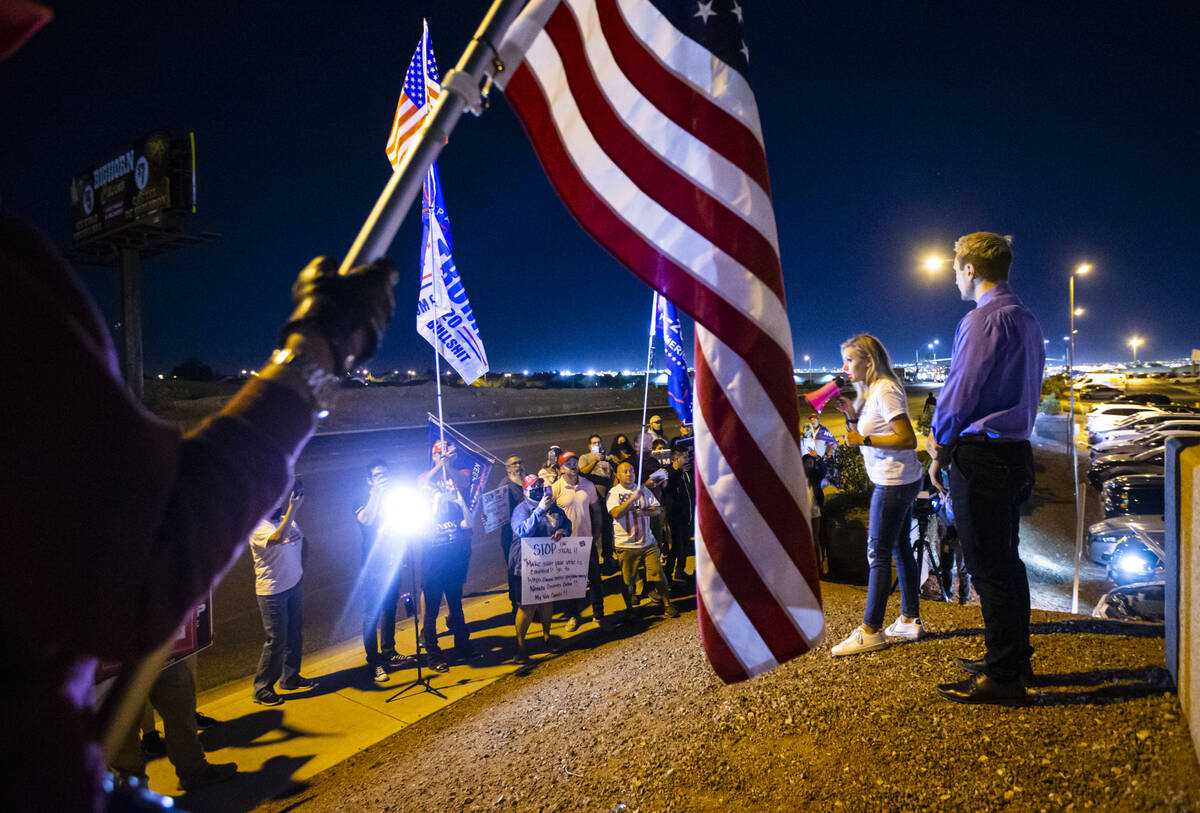 The communications director for Adam Laxalt’s U.S. Senate campaign confirmed Wednesday that she was at the U.S. Capitol during the Jan. 6 insurrection.

Courtney Holland, who was hired by the campaign this month as its chief spokesperson, was scheduled to speak at a Stop the Steal rally behind the Capitol on Jan. 6, 2021. That rally was later canceled after she walked with a crowd to the Capitol building led by three members of the Oath Keepers extremist militia group, according to a CNN investigation.

Holland said she did not know the three men, who she said were security. Two of the Oath Keepers, Jason Dolan and Kenneth Harrelson, were charged with crimes related to the Jan. 6 insurrection at the Capitol.

In a statement to the Review-Journal, Holland said she went to Washington, D.C., expecting a “peaceful gathering.” She called the insurrection “an unfortunate day in our country’s history.”

“Like thousands of others I attended the event, with expectations of a peaceful gathering. Event organizers asked me and many others to speak at a permitted area behind the Capitol and provided us with what we were told was event security, who we did not know, to reach the area,” Holland said in the statement.

“Upon reaching the permitted area, I became aware that the situation was deteriorating and decided to leave the Capitol complex to return to my hotel. I intended to speak at a peaceful rally, similar to a previous event held in November. Once it became clear what was happening, I left.”

Holland herself did not enter the Capitol, according to the CNN investigation, which she confirmed with the Review-Journal. She said she has not been approached by law enforcement or accused of breaking the law.

Laxalt, who is facing Sen. Catherine Cortez Masto in November for her U.S. Senate seat, worked for President Donald Trump’s re-election campaign in Nevada in 2020. A former state attorney general, he used his legal experience to advocate for contesting Nevada’s results in the 2020 election by filing lawsuits against the state.

He alleged, without evidence, that there were “thousands of illegal votes” in the 2020 election in Nevada. While he has shied away from repeating many of those allegations on the campaign trail this year, he has shared the stage at events multiple times with those who have.

In June, he attended an event with governor candidate and Clark County Sheriff Joe Lombardo and Donald Trump Jr. that featured multiple speakers who claimed election fraud. This month, he and Lombardo shared the stage with Trump himself as he falsely claimed that he won the 2020 election.

Multiple members of state law enforcement have shared their displeasure with Holland’s actions and have called on her to either resign or be fired by the Laxalt campaign.

“(Holland) may not have gone into the Capitol, but she was part of the catalyst that led to violence,” he said. “She is as much a part of what happened as if she did go into the Capitol with a weapon.”

Laxalt’s Democratic opponent has already jumped on the CNN story, attacking him for both his and Holland’s connections to election fraud conspiracies.

Cortez Masto spokesman Josh Marcus-Blank released this statement Wednesday: “Laxalt has based his campaign around the ‘big lie’ that fueled the deadly insurrection at the Capitol, and now he’s hired one of the insurrectionists to run his campaign,” he said. “Time and again Laxalt has shown that he will do or say anything to further his political career, and it’s clear he is planning to break the rules and seize power by any means necessary in 2022.”