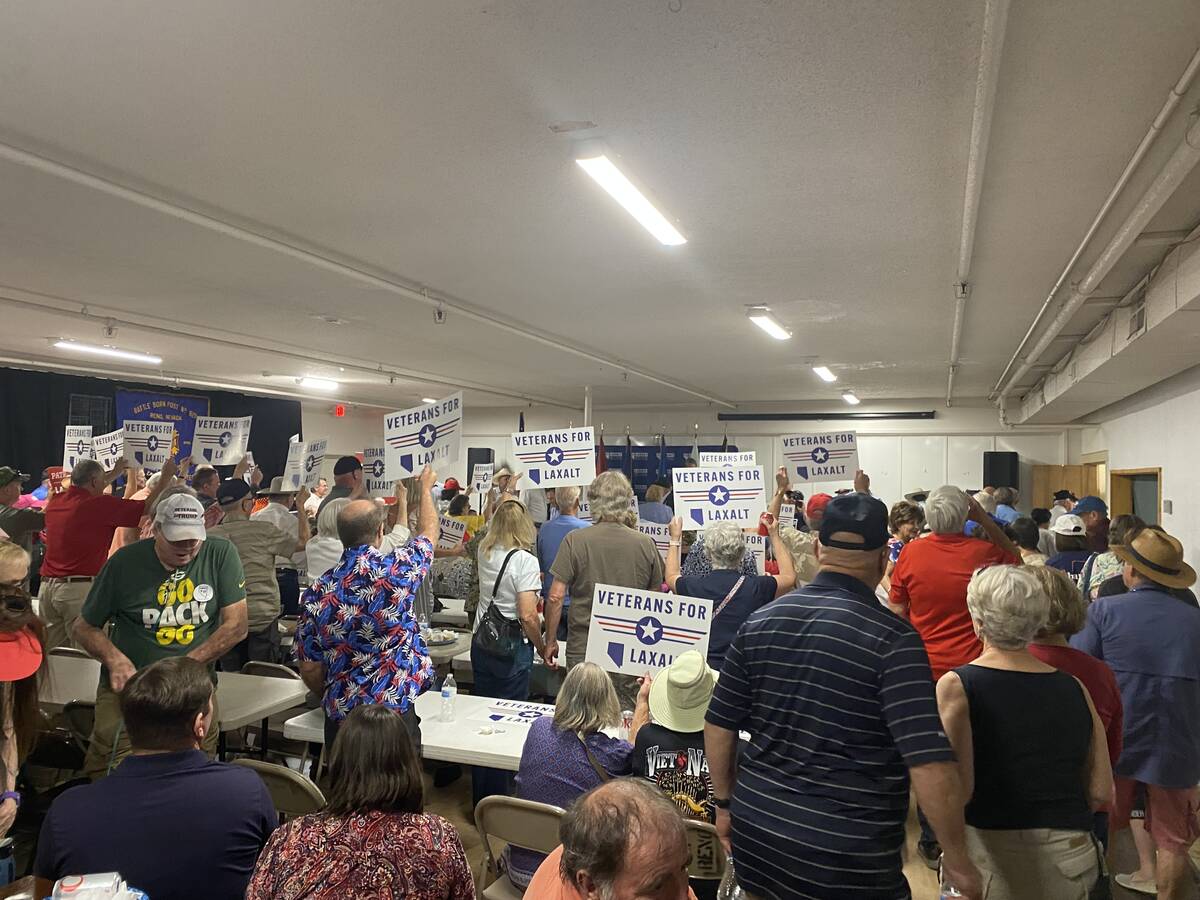 Attendees at a veterans' event in Reno hold up signs that read "Veterans for Laxalt" on Sept. 1, 2022. (Taylor R. Avery / Las Vegas Review-Journal) 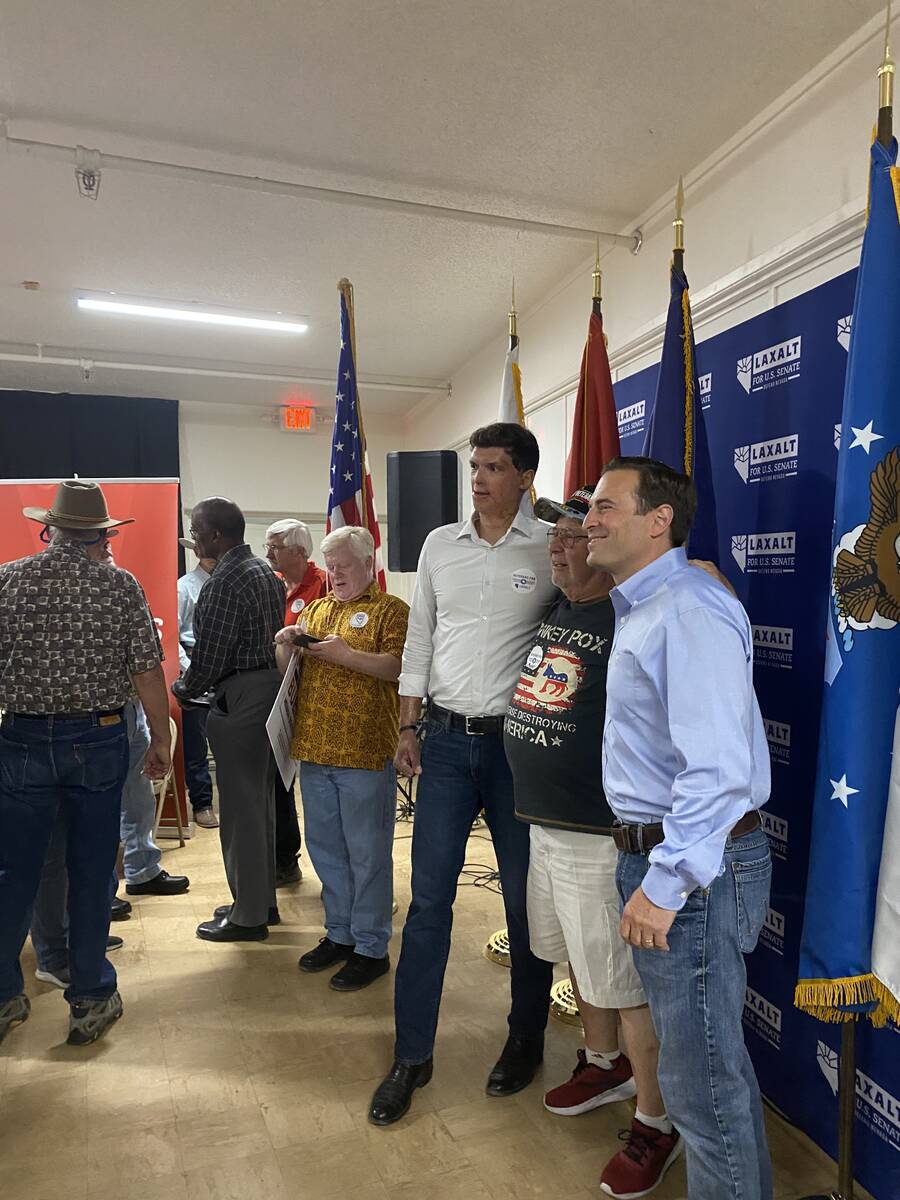 RENO — U.S. Senate hopeful Adam Laxalt touted his record as a veteran during a barbecue and town hall event attended by more than 200 people in Reno on Thursday.

Joined by fellow Republican veterans, including former candidate for U.S. Senate Sam Brown and Tony Grady, the Navy veteran took aim at his opponent while speaking about his time in the military.

“First and foremost, there is no substitute for service. And we all know that,” he said to the crowd, which had squeezed into The Bunker, an event hall located in the Veteran of Foreign Wars Post 9211 in Reno.

He also slammed her outreach to the state’s veterans, alleging that the senator hadn’t held a town hall or “been available to veterans” in over a year.

Catherine Cortez Masto’s campaign pushed back on the claim in a statement, providing a list of a dozen events from the past year in which she met with veterans, the most recent of which occurred in Elko on Aug. 25.

“Senator Cortez Masto has led efforts to support Nevada veterans in the Senate, championing legislation to extend benefits for disabled veterans and recently getting the PACT Act signed into law to extend health care coverage for veterans exposed to toxic burn pits,” said Sigalle Reshef, a spokesperson with the senator’s campaign.

Cortez Masto wasn’t the only Democrat criticized at the Reno event. President Joe Biden’s record on last year’s troop withdrawal from Afghanistan was also a focus for Laxalt and other speakers.

Brown, who serves as the co-chair of Veterans for Laxalt, called the exit “shameful.”

The Army veteran told attendees that helping Laxalt win in the general election was “a duty.”

“All of our duties is to go out there and to be those foot soldiers for Adam Laxalt between now and November to make sure that this man defeats Catherine Cortez Masto,” he said.