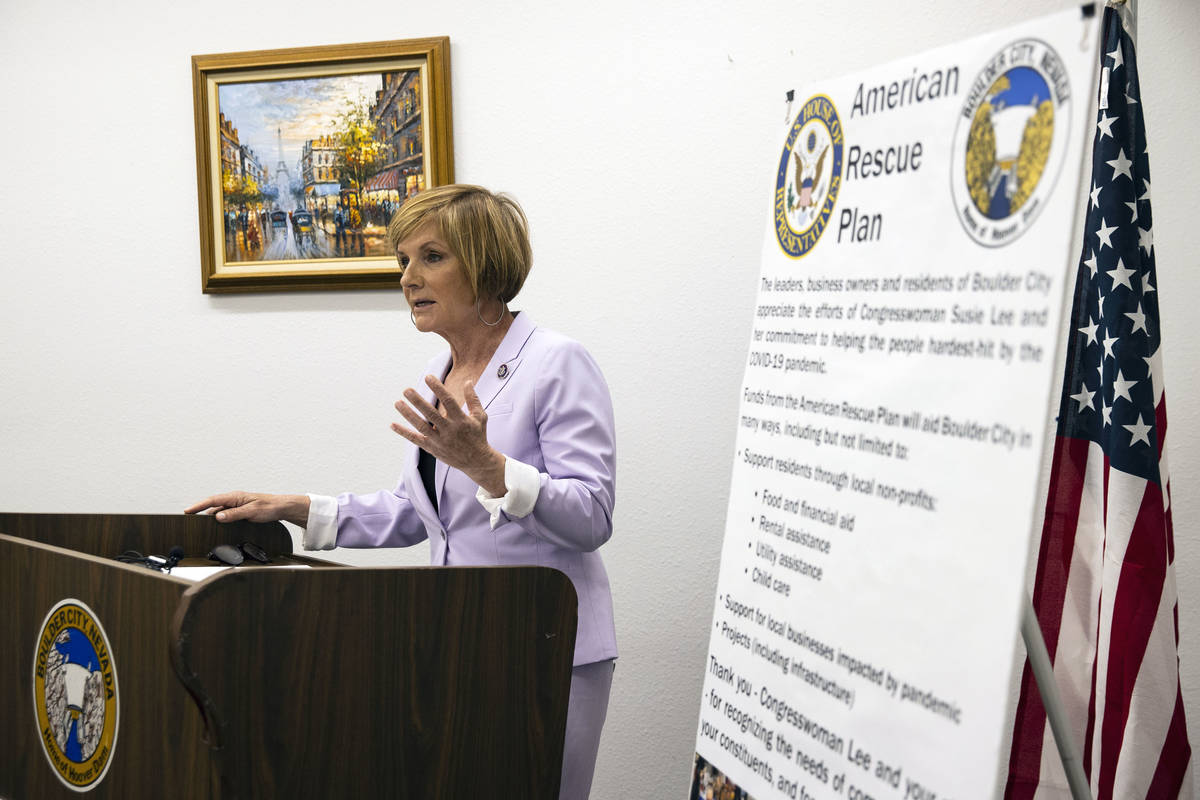 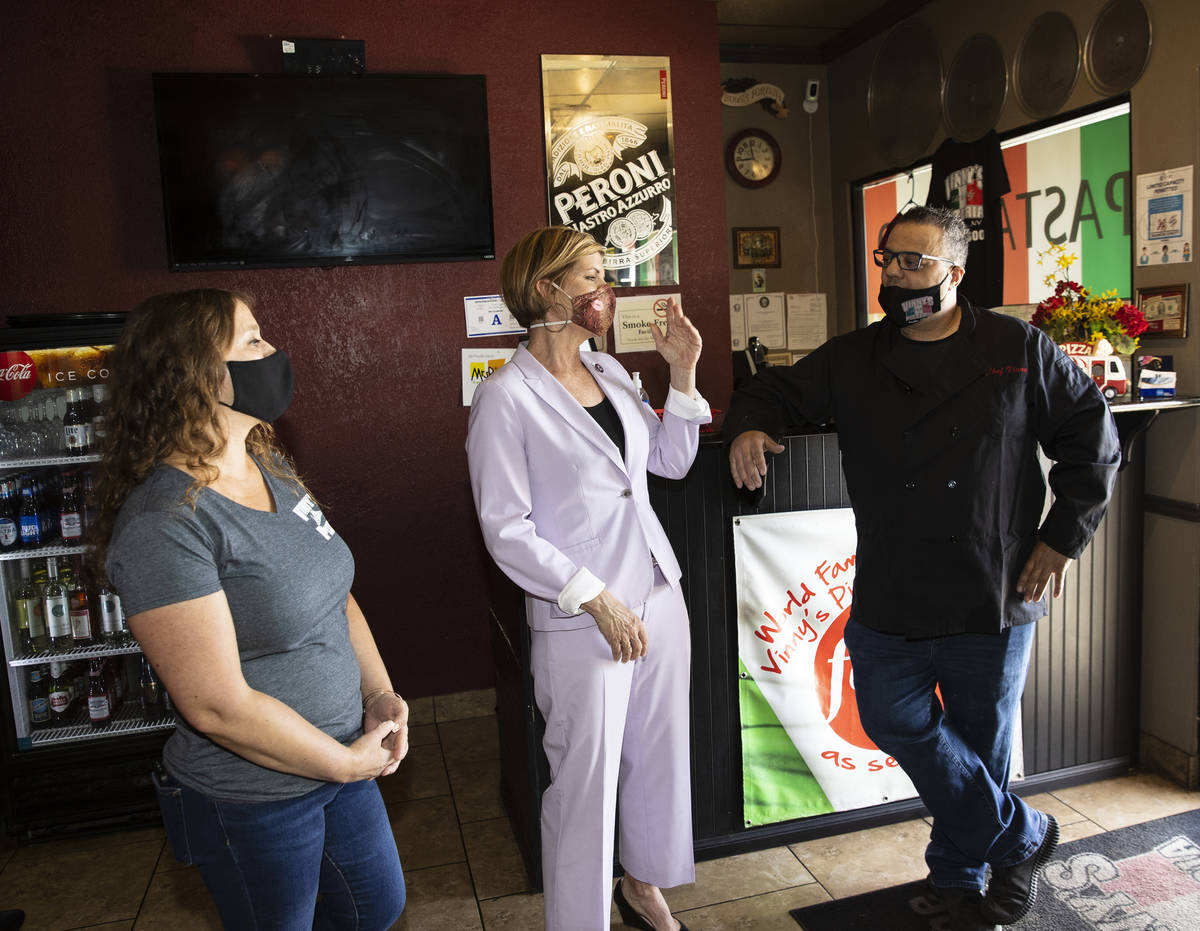 Rep. Susie Lee speaks as Vincenzo Cimino, right, owner of Vinny's Pizzeria, and his wife Tina look on as Lee visited the restaurant to talk about how small business owners have used federal funds to stay afloat during the pandemic , on Tuesday, April 6, 2021, in Boulder City. (Bizuayehu Tesfaye/Las Vegas Review-Journal) @bizutesfaye 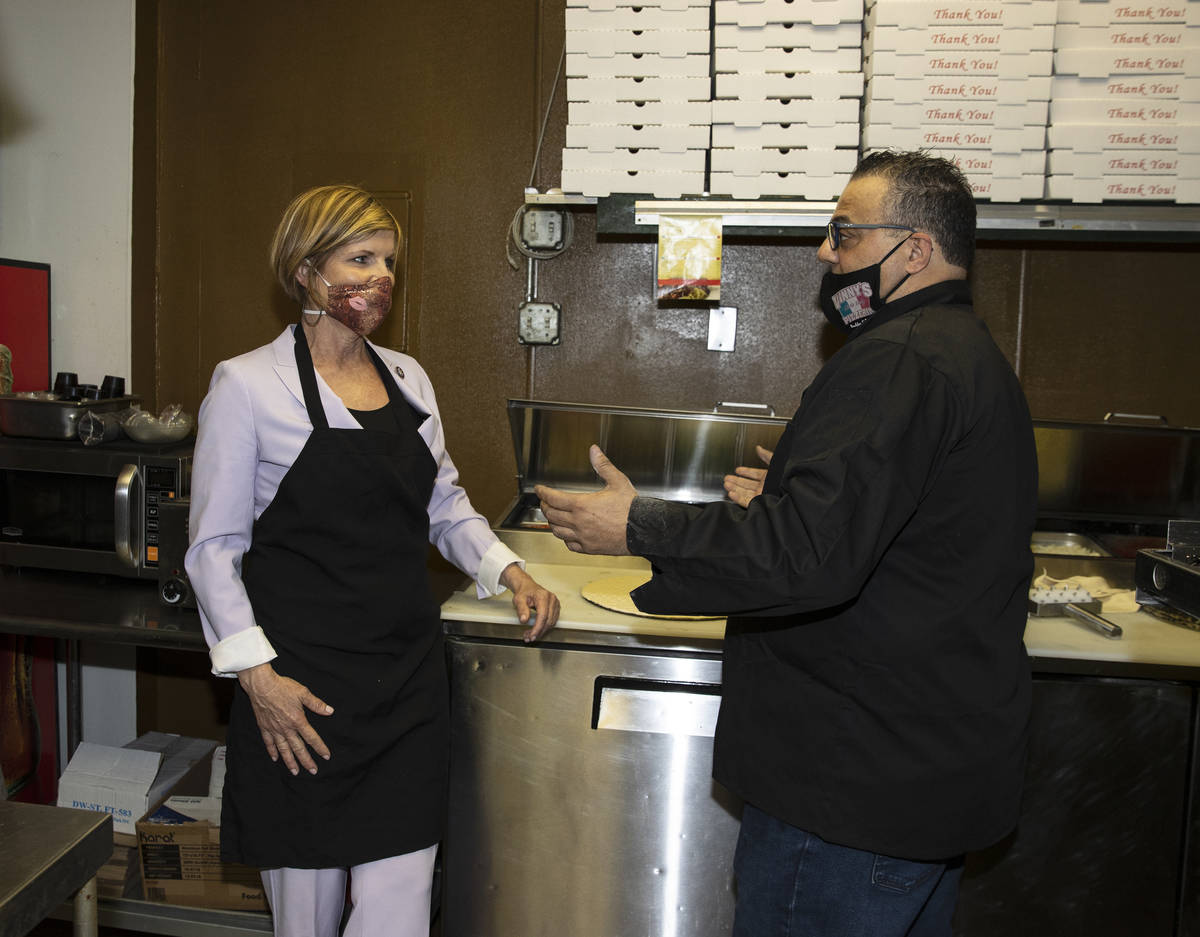 Rep. Susie Lee listens to Vincenzo Cimino, owner of Vinny's Pizzeria, as she visited the restaurant to talk about how small business owners have used federal funds to stay afloat during the pandemic, on Tuesday, April 6, 2021, in Boulder City. (Bizuayehu Tesfaye/Las Vegas Review-Journal) @bizutesfaye 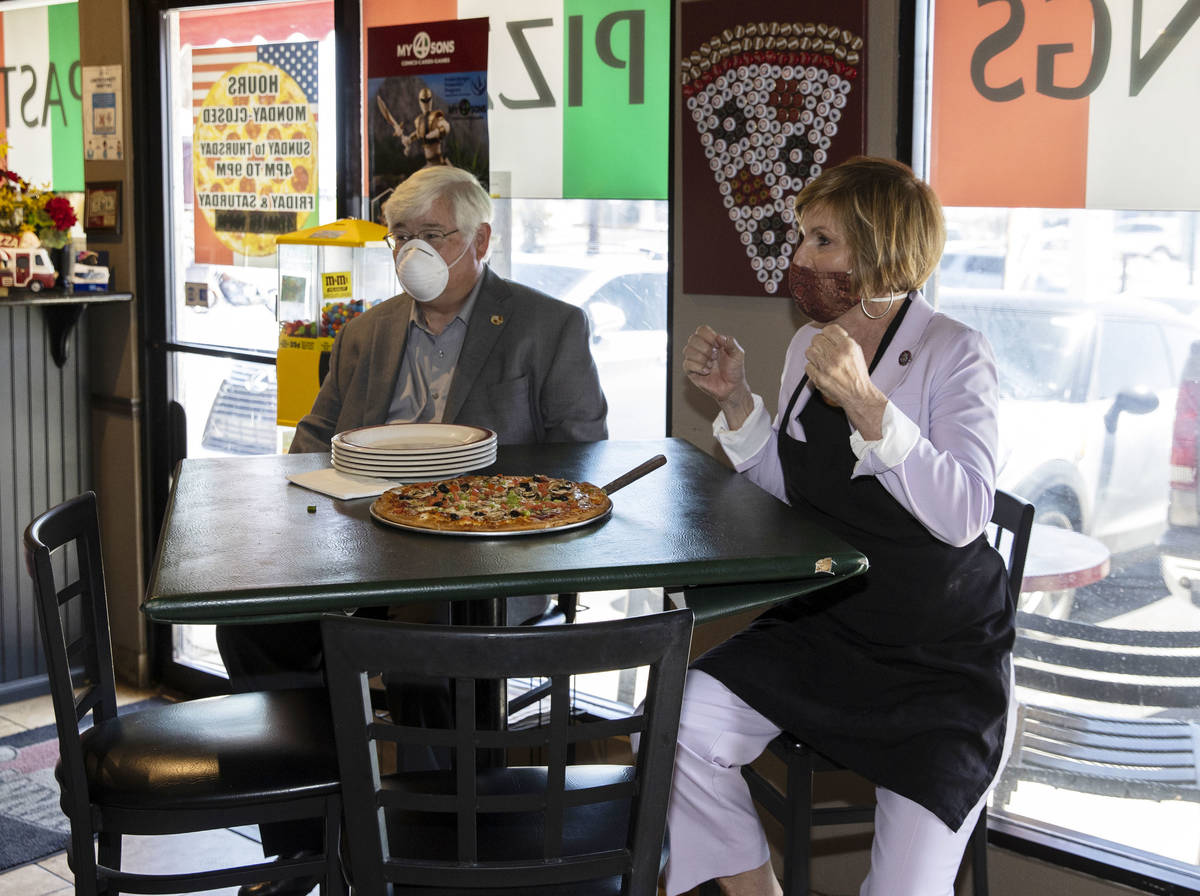 Rep. Susie Lee touted the nation’s most recent coronavirus stimulus package during meetings with Boulder City leaders and a small business owner on Tuesday, highlighting the $14 million in aid coming directly to the city.

“(The American Rescue Plan) basically is going to save lives and livelihoods by putting vaccines into people’s arms, children back into school seats, money into people’s pockets but, most importantly, getting people back to work,” Lee said at a news conference held with Boulder City Mayor Kiernan McManus, Police Chief Tim Shea and Fire Chief Will Gray.

Lee said the road to recovery in Nevada, where more than 5,200 people have died from COVID-19 and the unemployment rate is still above the national average at 8 percent, continues. But the latest package, complete with a provision for direct local government funding Lee said she fought for, will help Nevadans get there.

“I’m happy to report that help is here, and more help is on its way,” Lee said.

Nevada’s congressional delegation, President Joe Biden’s administration and Democrats nationwide have spent several weeks holding events in support of the legislation, which passed both houses of Congress with no Republican support. Republicans have argued the bill contained hundreds of billions of dollars in support for Democratic pet projects that have little to do with the pandemic.

Previous stimulus packages have helped ease the burden, McManus said, but the Rescue Plan will support the city’s recovery for years to come.

“The American Rescue Plan is a major boost to this community,” he said.

Specifically, McManus said the city will use the funds to continue to support small businesses through grants, make progress on city projects and provide money for the local nonprofits that have stepped up to help residents with food insecurity, child care, rental assistance and more.

Shea and Gray said the money will help support the traditional needs of the police and fire department, as well as assist with the new responsibilities the fire department has taken on in administering the city’s vaccines.

Lee then met with Vincenzo “Vinny” Cimino at his restaurant, Vinny’s Pizzeria.

Cimino told the congresswoman he had, through the support of various grants and his customers, been able to stay in business and keep all of his nine employees during the pandemic.

“We applied for everything… it’s helped us keeping going,” Cimino said, adding that he also received a call during the pandemic from Gov. Steve Sisolak. “But at the end of the day, it’s going to be the customers that keep us open.”

3
Nevada’s new COVID-19 cases above average, but no deaths reported 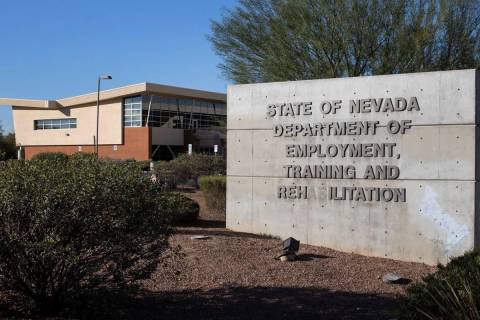 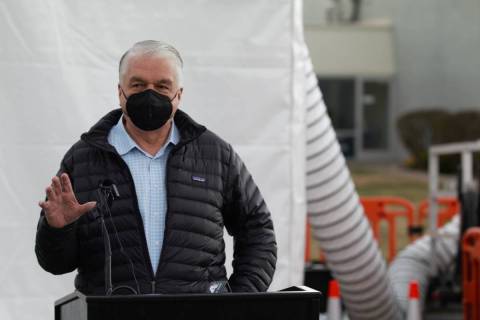 This news comes after the state called a temporary halt to the use of Johnson & Johnson’s COVID-19 vaccine, heeding the recommendation of federal regulators. 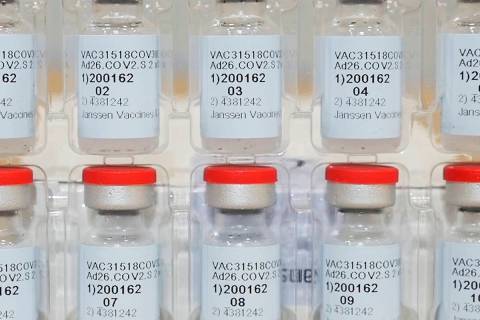 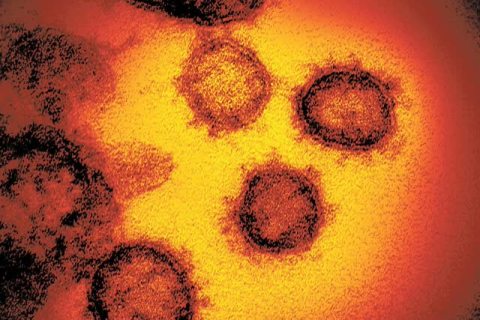 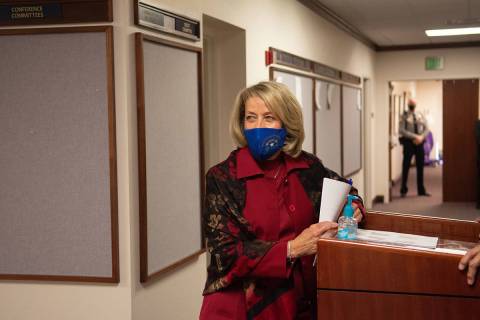 The Nevada Republican Party defended its Saturday vote to censure Secretary of State Barbara Cegavske over her handling of fraud allegations in the 2020 election. 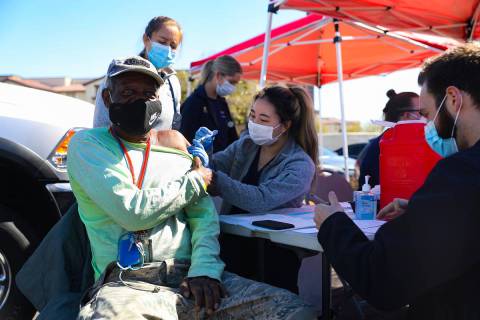