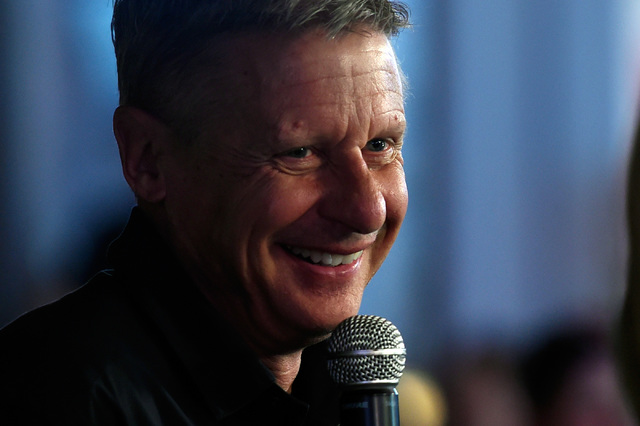 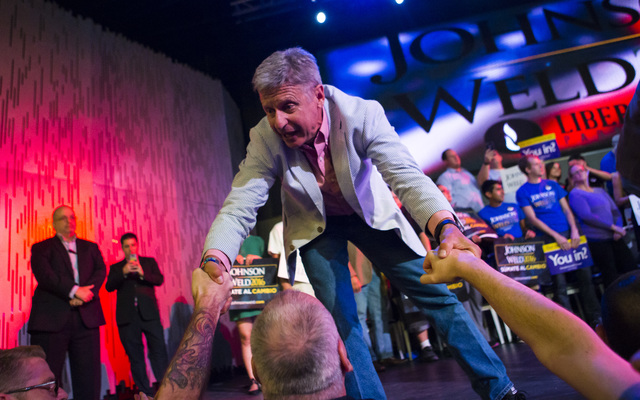 ALBUQUERQUE, N.M. — Former New Mexico Gov. Gary Johnson says he has no regrets about running for president for the second time and finishing a distant runner-up as a Libertarian candidate.

He’s already talking about his next challenge, and it won’t be another try for public office.

Johnson, 63, said he plans to be a bicyclist, riding nearly 3,000 miles along the Continental Divide from Canada down into New Mexico sometime in early June.

The Taos resident and ardent triathlete is referring to the 2,768-mile Great Divide Mountain Bike Route from Banff in Alberta, Canada, to Antelope Wells in New Mexico’s Hidalgo County.

“I’m dedicating myself to health and fitness,” Johnson told the Albuquerque Journal. “Maybe I stay politically active, but not as a candidate. I will leave that to others.”

In the presidential race, Johnson said was just hoping to secure 5 percent of the nationwide popular vote, enough to achieve major-party status for the Libertarian Party and qualify the party for federal funding in the next election.

“This is a head-on effort to get on the ballot in all 50 states,” he said. “I’m hoping this is going to end the two-party system.”

Johnson pointed out that he and Weld “garnered more votes than any third-party candidate since Ross Perot,” who ran as independent in the 1992 presidential campaign.

“Given that we spent less than 1 percent as much as (Donald) Trump and (Hillary) Clinton, the level of support we received is historic,” Johnson said. “We made a credible third-party ticket part of the national conversation. Both major parties will be doing a lot of soul searching in the weeks and months ahead. We can hope that the results will be policies that reflect the priorities of people, not partisans.”

Johnson and Weld did get 9.3 percent of the New Mexico vote, making it possible for the Libertarian Party to get major-party recognition and public funding for elections in that state. They also got 6.3 percent of the vote in North Dakota, Johnson’s native state.

In Nevada, Johnson got 3.3 percent of the vote, just ahead of “None of These Candidates,” which received 2.6 percent.

In Johnson’s 2012 bid for the presidency, also on the Libertarian ticket, he received 1.2 million votes, just shy of 1 percent.

Johnson ran as a Republican in his successful bids for New Mexico governor in 1994 and 1998, but he said he has identified as a Libertarian since the early 1970s.

He believes a third party is necessary to focus the national discussion on issues rather than character assassinations and thinks the next election will see Libertarian candidates up and down the ticket.