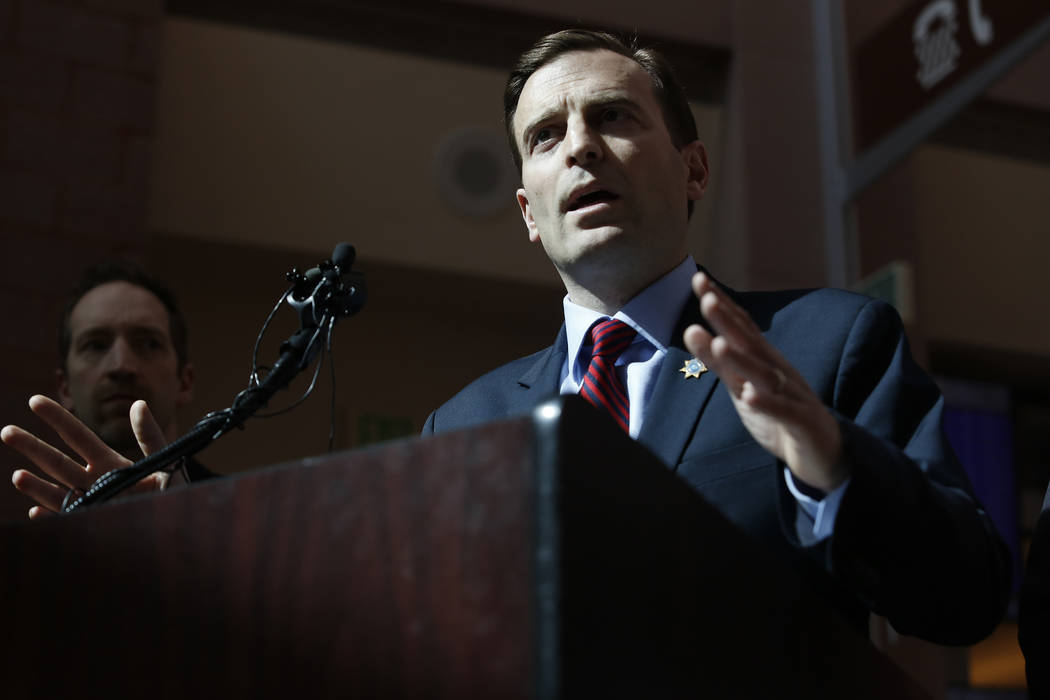 CARSON CITY — Nevada Attorney General Adam Laxalt has raised more than $600,000 in campaign cash since April 1, shoring up a war chest in advance of a potential bid for governor in 2018.

The Republican is widely viewed as a leading contender for the GOP nomination for governor, though Laxalt hasn’t yet officially announced a run. He also has the option to seek a second four-year term as attorney general.

On the Democratic side, Clark County Commission Chairman Steve Sisolak, who also hasn’t announced, has shown an interest in running for governor.

Separately, Laxalt’s campaign has commissioned a poll of 1,021 likely Nevada voters in 2018. When asked who they would support if the election were held today, 46 percent said they supported Laxalt, while 37 percent supported Sisolak. The remaining 17 percent were undecided.

The poll was conducted by polling firm Remington Research Group on May 23-2424, with voters weighted to match anticipated turnout for the parties during the election. It has a margin of error of plus or minus 3.06 percent.

“Attorney General Laxalt is overwhelmed by the support he continues to receive from people throughout Nevada, who believe in his work to combat political corruption, fight for the victims of crimes, stand up for veterans and to make Nevada safe for our hard-working individuals and families,” said Andy Matthews, a spokesman for Laxalt’s campaign. “He looks forward to continuing to fight on behalf of every Nevadan.”

Laxalt’s campaign donations since April 1 have benefited from two high-profile events in May.

He had a $5,000-a-person event at Wynn Las Vegas with Steve and Andrea Wynn, Wisconsin Gov. Scott Walker and Arizona Gov. Doug Ducey.

In January, campaign filings showed that Laxalt raised nearly $1.2 million in 2016. Sisolak raised $1.5 million during the year. Unlike Laxalt, however, Sisolak spent some of that money running for re-election in 2016. He was elected to a third four-year term on the commission.

Sisolak said they just started polling and focus groups as he weighs the a potential run, but said the numbers from Laxalt’s campaign don’t match what he’s seen.

“That’s totally inconsistent with what we’re seeing,” he said.

As for fundraising, Sisolak said his war chest is probably a little less than the $3.8 million he had on hand in January because he hasn’t focused on fundraising. Sisolak said didn’t think it would be right to raise funds before an announcement because, unlike Laxalt, he can’t seek re-election. Sisolak is term limited and his term ends in 2020.