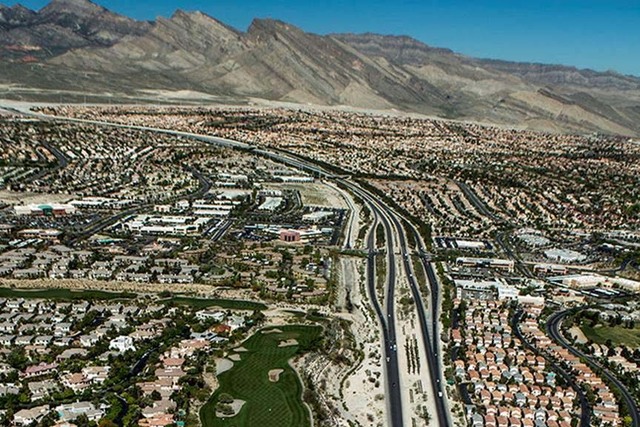 CARSON CITY — Nevada could see an increase of more than 425,000 residents from 2015 through 2035 if major economic development projects now underway are fully realized, the state demographer said in a report released Tuesday.

But that number could be even higher, according to an alternative projection that includes the build-out of the Tesla Gigafactory east of Reno and the Faraday Future project at Apex in North Las Vegas. That projection is for a population of 3,323,447 by 2035, an increase of 425,863 at a 0.7 percent average growth rate.

Population projections for Nevada continue to point to growth over the next 20 years, but are down a little from 2014 projections.

“Preparing these projections reinforced how much economic and demographic conditions continue to evolve,” said state demographer Jeff Hardcastle. “The 2014 projections were for Nevada to grow by 528,107 for the period of 2013 to 2033. With this year’s projections, we’re now looking at an increase of 498,815 for that period.”

Nationally and regionally, with the exception of Arizona, lost jobs were regained by 2014, said the report, released by the state Department of Taxation.

“Nevada has recently regained the jobs that were lost since the peak of employment in 2007,” Hardcastle said. “Compared to the rest of the country and surrounding states, we were behind, but our 2.6 percent rate since the bottom is the second highest in our 6-state region. This was due to strong growth in 2014.”

Gaming continues to be the largest employer in Nevada, with more than 370,000 jobs in the accommodation and food services sector and the arts, entertainment, and recreation sector, Hardcastle said. The next two largest sectors combined, health care and retail, account for 297,000 jobs.

Hardcastle pointed out that manufacturing in Nevada could counter a possible national trend of decreased employment over the long term and increase from around 47,000 jobs to nearly 53,000 jobs over the next 20 years. Nevada is also becoming more competitive in the transportation and warehousing sector and the management of companies and enterprises sector.

Washoe County could see an increase of 83,926 during that same time frame through 2035. Carson City, Churchill, Douglas, Lyon, and Storey Counties could see a collective population increase of 25,670.

But some of Nevada’s rural counties are expected to continue to lose population. Elko, Eureka, Humboldt, Lander and Pershing counties could see a decrease of 510, and the balance of the state ­ — Esmeralda, Lincoln, Mineral, Nye and White Pine counties — could see a decrease of 2,725. In contrast, the 2014 projections showed increases across all these areas and nearly 60 percent more than the current projections for northwestern Nevada.

Population projections are created using the Regional Economics Model, Inc. The model allows Hardcastle to consider the historic relationship between the Nevada economy and demographic composition of the state and how that relates to national changes as well as changes in counties throughout the state.

One of the biggest changes between the 2014 and current projections is the national forecast with fewer jobs and fewer people participating in the labor force as the population ages.

These population projections are calculated annually and are used in preparing the state’s budget and for other planning purposes.

The state demographer is housed within the Nevada Department of Taxation.

The full report discusses underemployment, education and migration, economic diversity, and how Nevada is doing compared to neighboring states.