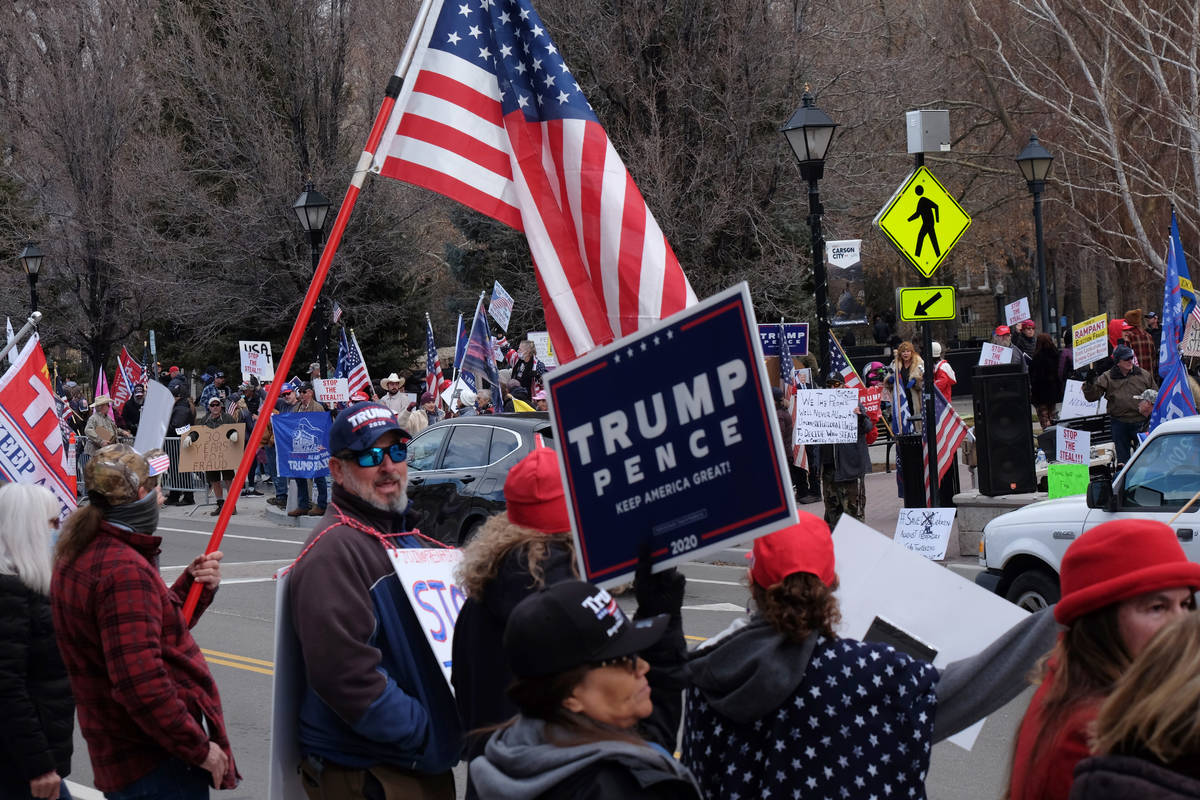 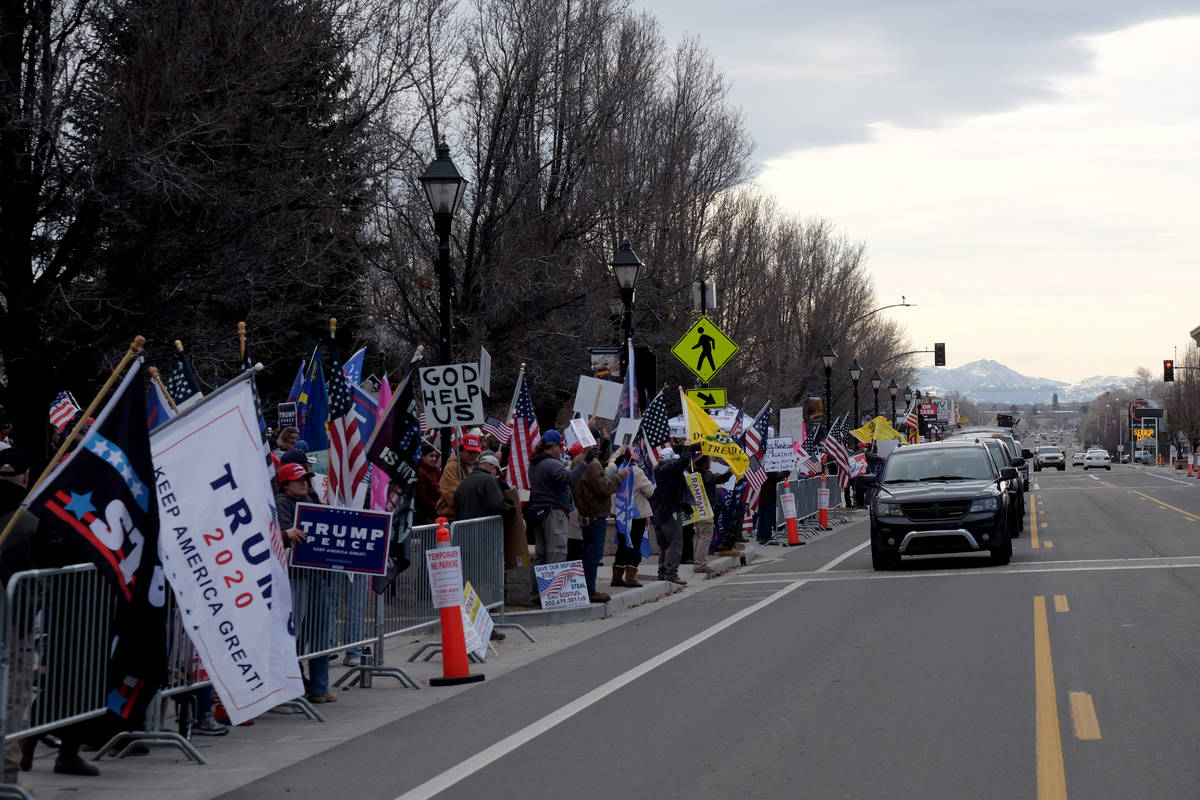 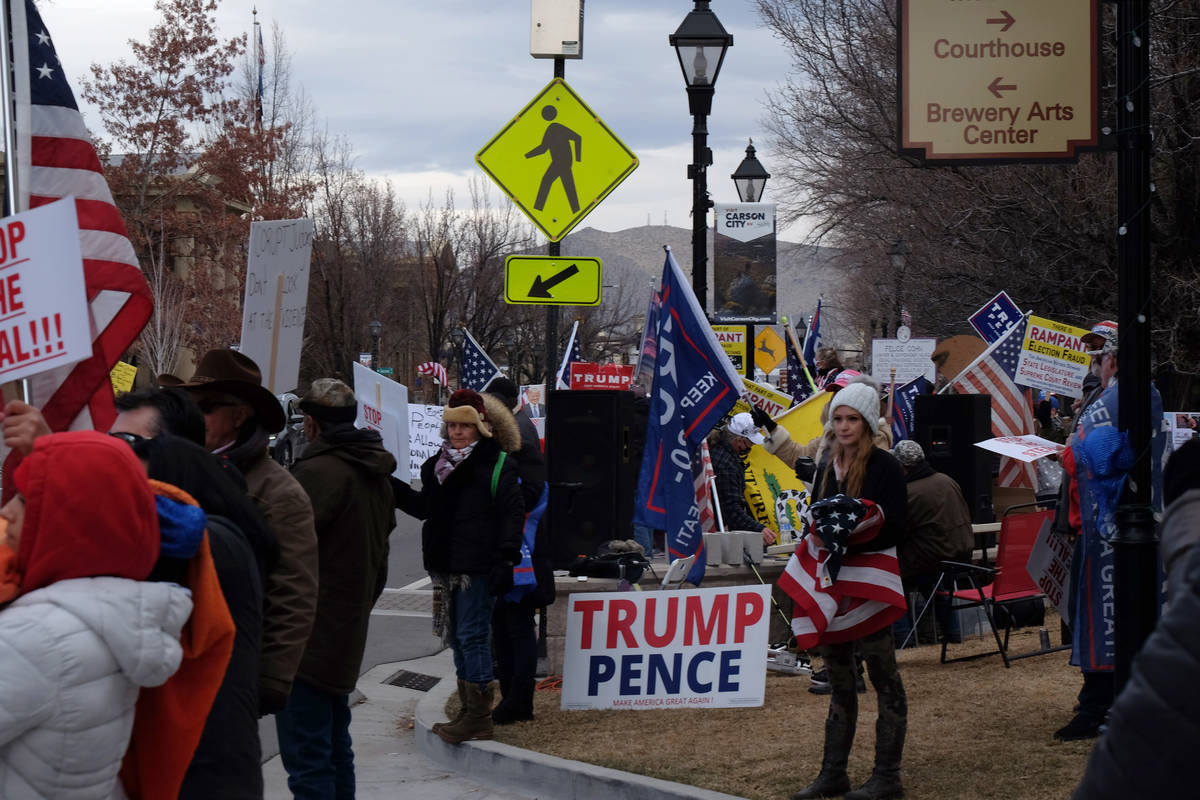 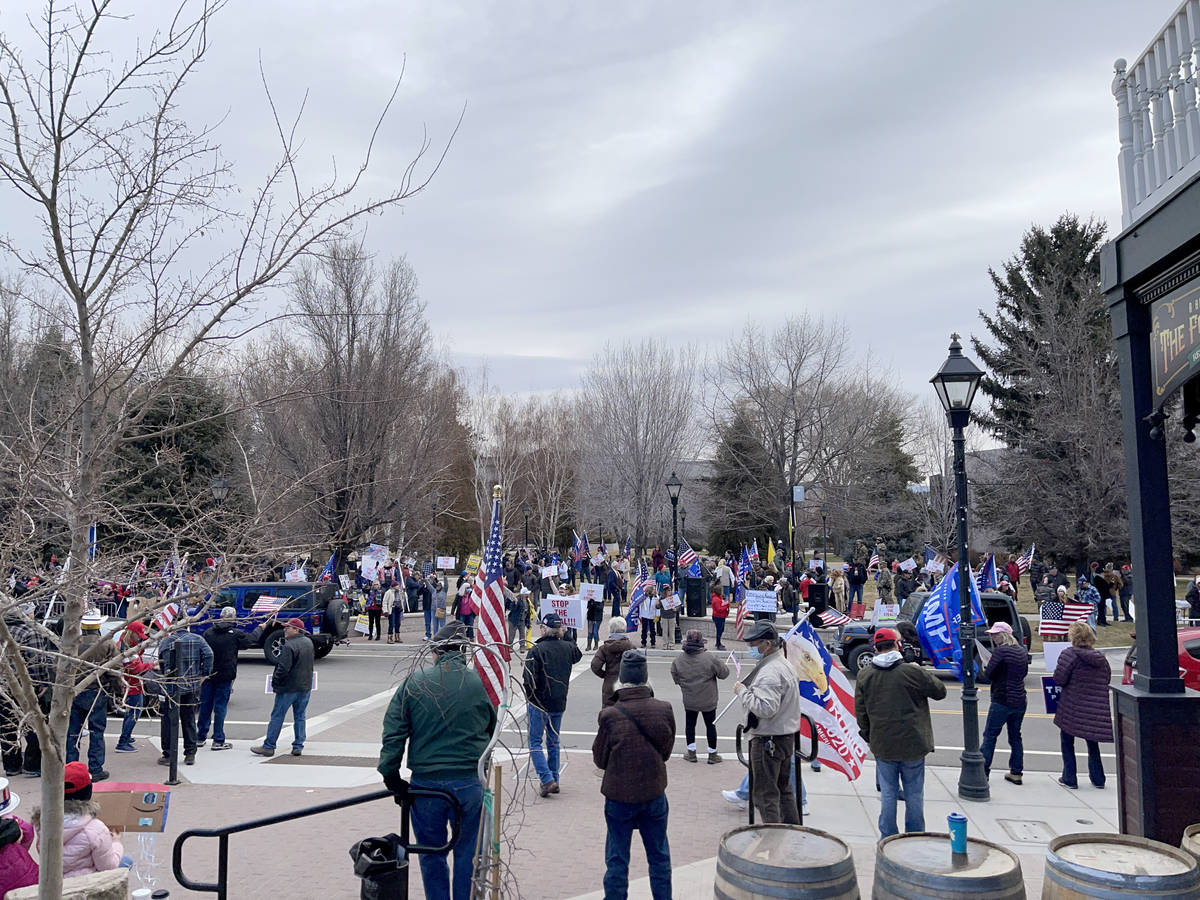 Many Nevada leaders and political fixtures on Wednesday publicly condemned a mob’s storming of the U.S. Capitol building during Congress’ official review of the Electoral College’s votes, while President Donald Trump’s state chairs remained silent as a protest by the president’s apparent supporters spiraled into violent confrontation with law enforcement.

Both houses of Congress were forced into a recess and subsequently evacuated Wednesday as people wearing Trump campaign gear forced their way through several police lines and into the Capitol. As Congress reconvened Wednesday evening, one Nevada representative called for Trump’s impeachment.

Rep. Steven Horsford, D-Nev., who was evacuated and sheltered in place with his staff on Wednesday afternoon, called for Trump’s impeachment in a statement Wednesday night.

“For the first time since the War of 1812, the United States Capitol was breached today,” he said. “The violence and insurrection that I witnessed was in direct conflict with the ideals and principles that uphold our democratic institutions, and they are unprecedented in modern times.”

Horsford laid the blame for Wednesday’s rioting on Trump, saying he “disrupted democracy” be preventing the completion of the Electoral College vote reading.

He called Wednesday’s events “an attempted coup” and said a woman was shot and killed at the Capitol “because this president incited violence against our government and its duly-elected leaders.”

Horsford called for any member who objects to the Electoral College vote reading to resign, and, absent intervention to remove Trump by Vice President Mike Pence and Trump’s cabinet, for Congress to remove the president.

“President Trump must be impeached and removed from office immediately,” Horsford said.

Rep. Mark Amodei, a Republican and former Trump campaign chair, on Wednesday afternoon tweeted: “Jan. 6, 2021: History made today for all the wrong reasons. Shameful. All our Washington staff are safe.”

Rep. Dina Titus, D-Nev., tweeted: “As I shelter in place, lawless domestic terrorists encouraged by the president of the United States are attempting to destroy our democracy. They will not succeed.”

Rep. Susie Lee, D-Nev., tweeted that both she and her staff were safe and waiting for law enforcement to secure the area. She thanked Capitol police for its protection.

“This is an attack on democracy itself,” Lee said in her Wednesday afternoon tweet. “All the violent rhetoric and conspiracy theories. This is what we feared.”

Sen. Jacky Rosen, D-Nev., also thanked Capitol police for their efforts to protect herself and her team.

“The violent attacks we are seeing on our democracy today are reprehensible,” Rosen tweeted Wednesday afternoon. “It’s time for us as a nation to come together and denounce hate and violence. Together, we will overcome and rebuild our nation.”

“The chaos that has erupted in the United States Capitol is the opposite of patriotic — it is undemocratic and un-American,” Gov. Steve Sisolak, a Democrat, tweeted Wednesday. “I am praying for the safety of Nevada’s federal delegation, all congressional members and staff and law enforcement officers. This must stop.”

“My first job in Washington was as a United States Capitol police officer,” Reid said. “At that time and even today, I never could’ve imagined the turmoil we’re seeing in the nation’s Capitol. My thoughts are with everyone working there.”

Reid said Trump “has been stoking unrest” by spreading lies and misinformation concerning the 2020 election, and he called on his Republican former counterparts to take back their party.

“Trump and his enablers have destroyed the Republican Party, and it is up to Republicans with the courage to speak out against Trump to reestablish the once-proud Republican brand,” Reid said.

Nevada Attorney General Aaron Ford tweeted that Wednesday’s events were not a protest but a riot and “a terrifying attack on our democratic republic.”

“I’m praying that no one else is harmed in this violent attempt to overthrow our government, and I’m praying for our country on this a dark day in our history,” Ford said. “May God bless us.”

Multiple attempts to reach Trump 2020 Nevada campaign chairs Adam Laxalt and Michael McDonald by phone and social media for comment on the occupation of the Capitol building were not successful.

Laxalt, the state’s former Republican attorney general, has personally led most of the news conferences in the last few months claiming election fraud in Nevada. Nevada judges dismissed these claims at all levels, saying they lacked evidence.

McDonald, the chair of the Nevada Republican Party and former Las Vegas city councilman and police officer, and Laxalt had not tweeted anything on Wednesday as of 2:45 p.m.

The Nevada Republican Party retweeted calls for Capitol violence to immediately end made by Pence and Assemblyman Jim Wheeler, the Republican representing the 39th District.

“Anyone causing violence in the Capitol should be immediately arrested and prosecuted,” Wheeler tweeted Wednesday afternoon. “Same standard as those who caused violence in our cities before. Let our representatives do their work.”