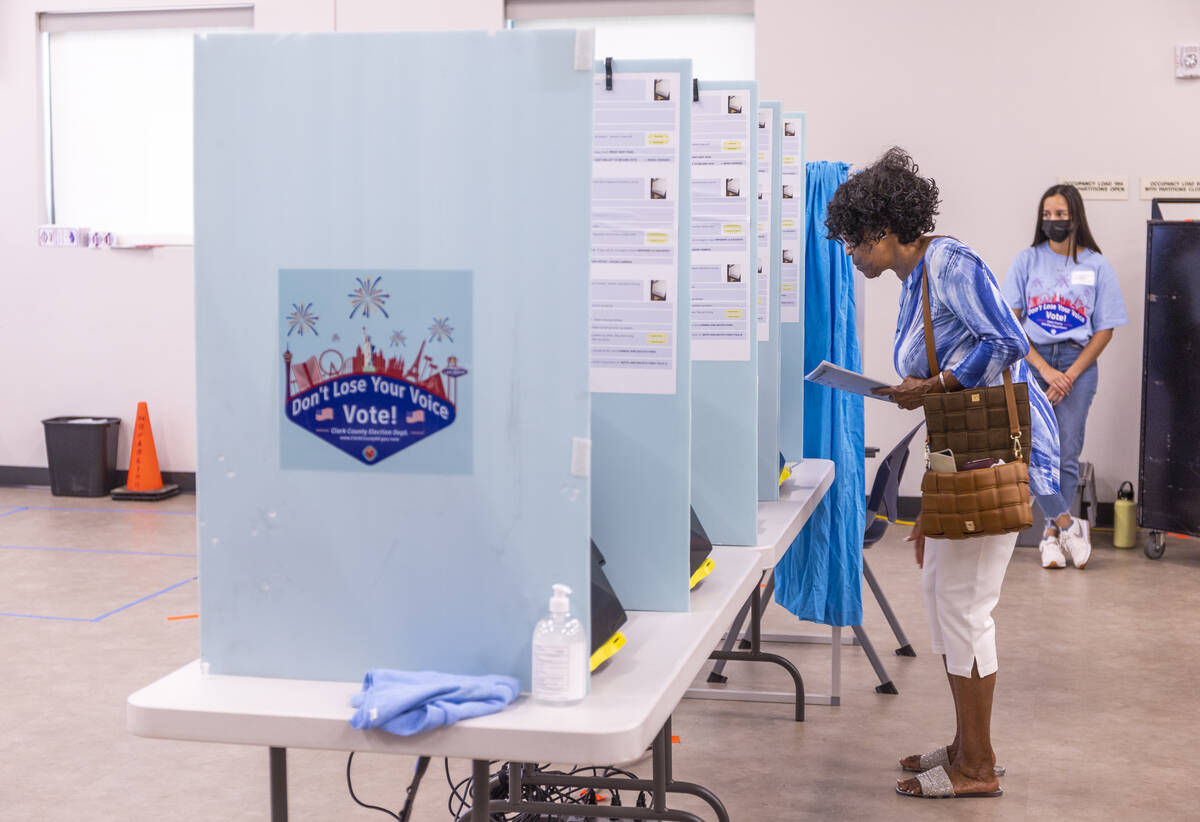 During the June 14 primary election, nonpartisan voters saw a ballot that was considerably shorter than the one used by registered Democrats and Republicans.

Voters who have chosen not to affiliate with one of the two major parties got to vote for sheriff, for city council members, school board members and university regents. But most of the big races — U.S. Senate, Congress, governor and state legislative offices — were off limits.

That’s because Nevada has what’s called a “closed primary” system: Only registered Republicans can vote for Republicans in a primary, and only Democrats can vote for Democrats. And that means nonpartisan and minor-party members don’t get to vote in those races until the November general election, when the nominees have already been selected.

But that may all begin to change starting in November, when an initiative to amend the state constitution will likely appear on the ballot. Under the proposed amendment, primaries would be open to anybody, regardless of political party. And in the general election, voters would use ranked-choice voting, where they would rank the candidates in order of preference. If the top vote-getter doesn’t surpass 50 percent, the person with the fewest first-choice votes would be dropped, and ballots would be reallocated until one candidate breaks the 50-percent threshold.

The idea has been proposed before, but appears that it will qualify for this year’s ballot, according to the Nevada secretary of state’s office. A long court fight over the initiative ended this week, as a divided Nevada Supreme Court voted 4-3 to reject challenges that sought to keep the measure off the ballot. If approved in November and again in November 2024, changes could go into effect starting with the 2026 election cycle.

Proponents argue the proposed system will produce more moderate nominees by eliminating closed, party-only voting, where more strident elements tend to dominate. Opponents say the new rules are a violation of their rights to association, since people who are not Republicans will have a say in deciding the GOP nominee, and non-Democrats will weigh in on the Democratic choice.

The second measure would adopt an equal rights amendment to the state constitution that would bar discrimination on the basis of race, color, creed, sex, sexual orientation, gender identity or expression, age, disability, ancestry or national origin.

Both the minimum wage and equal rights measures have already passed the Legislature twice and will go into effect if voters approve them in November.

Several other measures — including one to create an independent redistricting commission and another to establish a voter identification requirement — don’t appear to have qualified for the ballot. Another amendment calling on the Legislature to create education savings accounts was killed by a Nevada Supreme Court ruling this week.