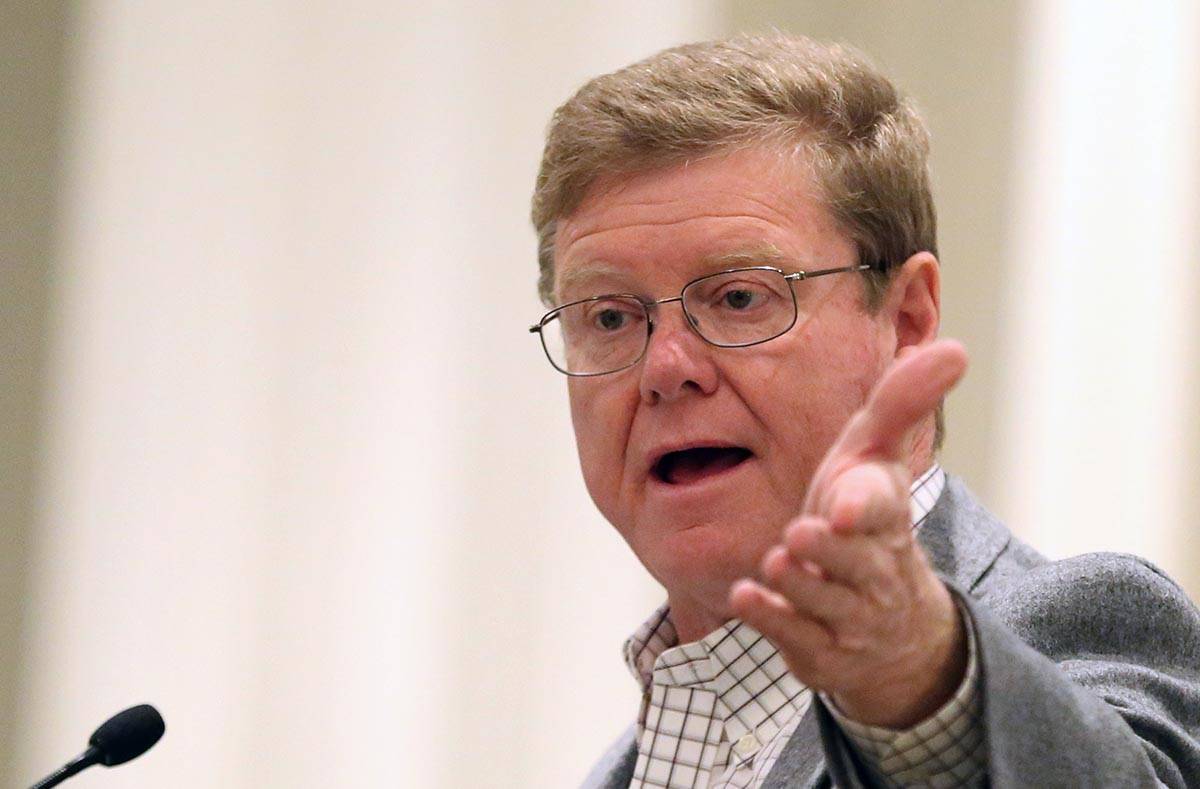 LAS VEGAS — U.S. Rep. Mark Amodei of Nevada had three surgeries and an outpatient procedure over the past 10 months for cancerous tumors on his kidneys and a cancerous spot in his esophagus, the Republican congressman disclosed Friday.

Amodei told The Associated Press that he he did not reveal the cancer when he first learned of it last September or his surgery before the November election because he didn’t want it to be used against him in his reelection campaign.

The 63-year-old Republican said if someone had asked him about it at the time, he would have truthfully answered about his condition and said of his hospital stays, “I didn’t check in under aliases or anything else.”

But, he said, “there’s no way I’m going to go out and volunteer it in an election cycle.”

Amodei, who has represented Reno and northern Nevada in the House since 2011, said he didn’t want it to become a campaign issue. He cited one of his past reelection campaigns where his opponent criticized him for missing votes that Amodei said were largely due to a retina surgery and his mother’s death.

When asked if voters deserved to have that information about his diagnosis and treatment before the election, Amodei said it was “not a major surgery because it was one night in, one night out,” he was back at work two days later and the surgery was successful.

He also said he suspected that had he disclosed the cancer before the election, he would be accused of using it to his advantage.

The congressman first revealed some details of his cancer diagnosis in an interview with the Nevada Independent published Friday.

Amodei said both surgeries completely removed the cancer on his kidneys and he did not require any chemotherapy or radiation treatment. But he said after the second surgery he had some bleeding problems and needed a third surgery, which he said took care of it.

Additionally, Amodei said that a Reno doctor found a cancerous spot in his esophagus. Amodei said he has Barrett’s esophagus, a condition caused by acid reflux that changes the lining of the esophagus and can put people at risk for cancer.

Amodei said the spot on his esophagus was caught very early and an outpatient procedure cut the cancerous spot out.

The congressman said he will need regular checkups to make sure things are going well but said despite some fatigue he feels mostly back to normal.

“I’m a very lucky guy. I’m grateful that if this is my cancer stuff, thank you, Jesus,” he said.

Amodei said he plans to make a decision in October about whether he will run for reelection next year or run for Nevada governor.