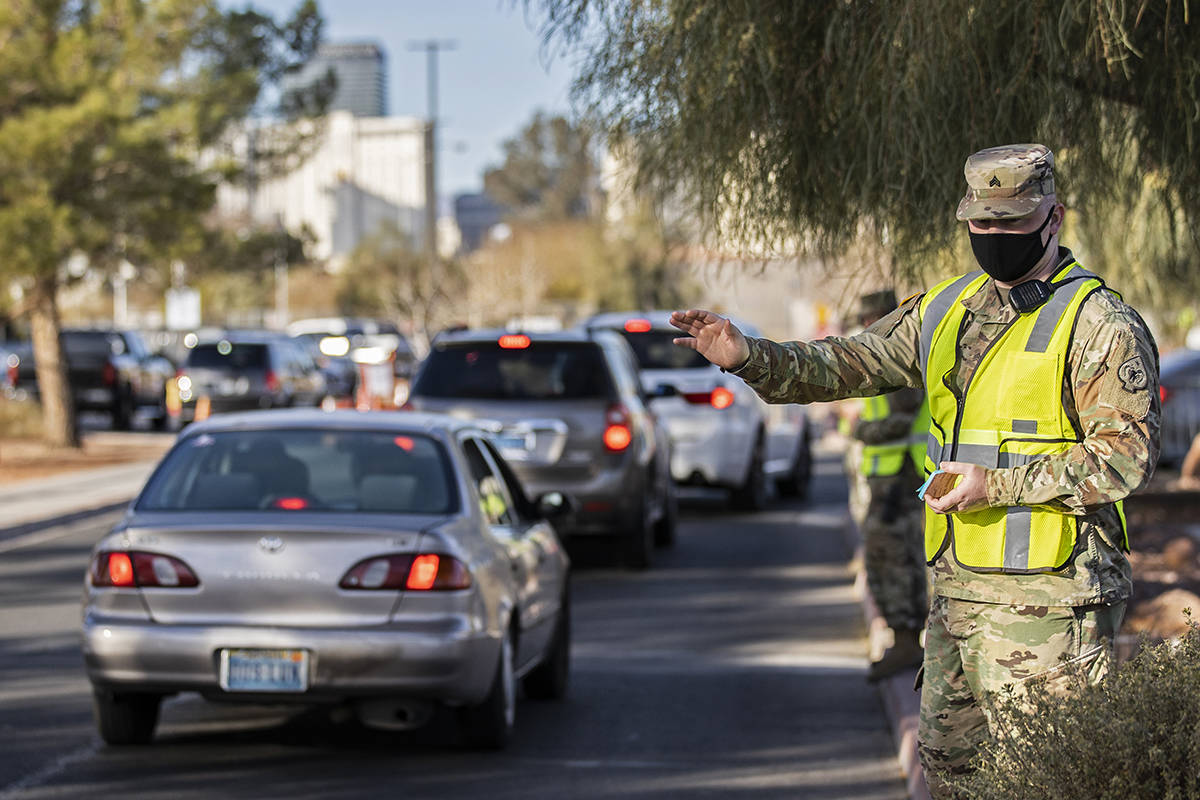 Scientists believe the strain or variant, called B.1.1.7, spreads more easily. There also is a new study out of the U.K. indicating that the strain also may be more deadly, though public health authorities say more evidence is needed to make this determination.

The case involves a Clark County woman in her 30s who “reported no travel history and has had limited contact with people outside her household,” according to the Southern Nevada Health District. The patient was not hospitalized and remained isolated in her home.

“The virus does appear to have a biological capacity to spread faster, so there is concern with this virus that it can lead to outbreaks more readily and spread in a community more quickly,” Mark Pandori, director of the Nevada State Public Health Laboratory in Reno, said during an online news briefing.

It was the first case of the variant to be identified in the state despite surveillance programs in place, suggesting that its presence was detected early in the state. This means that public health authorities have “an opportunity to prevent its spread by carrying out proper contact tracing” to curb its spread, Pandori said.

As for the limited evidence that the strain may be more deadly, Pandori said, “We want to see more evidence than one study.”

As of Friday, 22 states had reported a total 195 cases of the variant, according to the Centers for Disease Control and Prevention website.

The variant was first detected in September and is now prevalent in London and southeast England and numerous countries, according to the CDC.

Caleb Cage, who directs Nevada’s COVID-19 response, said that measures in place in the state to prevent the spread of the disease will remain in place “to address this variant — strain — or any others until we have good scientific evidence and recommendations from the CDC … or from our own understanding that would lead us in another direction as far as mitigation measures are concerned.”

The Nevada State Public Health Laboratory at the University of Nevada, Reno, School of Medicine has identified the case through whole genome sequencing of COVID-19 samples.

Meanwhile, the state Department of Health and Human Services on Monday reported 990 new coronavirus cases and three additional deaths over the preceding day, bringing statewide totals to 271,897 cases and 4,029 deaths since the pandemic began.

New cases were well below the two-week moving average of 1,281 cases per day, according to the updated numbers posted in epartment of Health and Human Services coronavirus response website.

Deaths were far below the daily average of 18 deaths per day for the 14-day period.

The state’s two-week positivity rate, a key indicator that public health officials monitor, hit 19.4 percent, down from 19.5 percent a day prior. It was the 10th straight daily decline in the metric.

The data showed that 1,441 people were hospitalized with either confirmed or suspected cases of COVID-19, down by four from the preceding day.