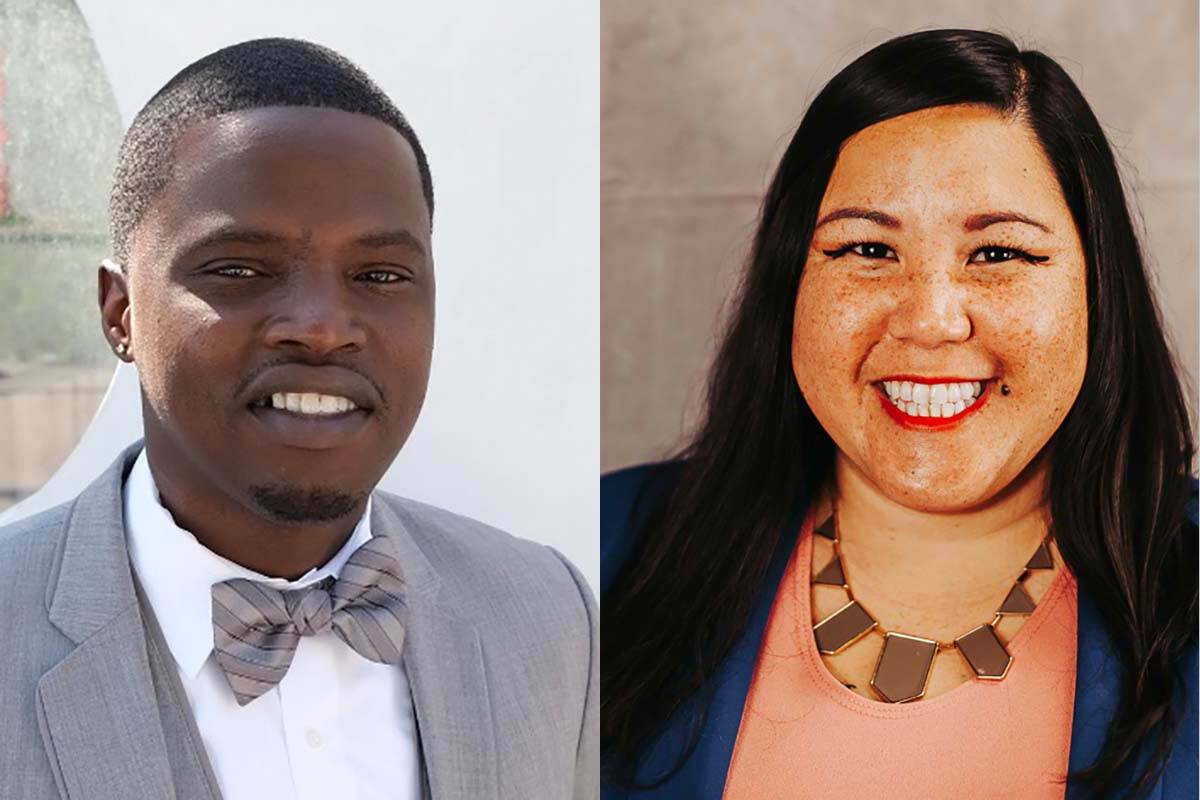 Mosca came to Las Vegas in 2008 to teach fifth grade. After earning a master’s degree in education and policy from Harvard, she launched a nonprofit to prepare teens for college and to return to the community as leaders, which she has been running for a decade.

The daughter of an immigrant from the Philippines and parents who work hourly jobs, she became the first in her family to graduate from college. (Mosca’s father is a pressman at the Review-Journal.)

“I think I have a unique vantage point in that I understand what working people really need and experience, but also know how policies work,” said Mosca, 35, who lost to incumbent Richard Carillo in the Assembly District 18 primary in 2016.

Mosca said she and her husband, a Nellis Air Force Base airman, moved into District 14 in January to be closer to their parents.

James Fennell, who ran unsuccessfully against Carlton in 2020, said that ongoing concerns about crime, safety in schools and a need for better-paying jobs in the district prompted him to try again.

“There are people out here who are struggling every day, me included,” said Fennell, 36, who is studying social work at College of Southern Nevada. “I feel like I’ll be that champion for the middle-class, people who are living paycheck to paycheck.”

Both candidates named improving the education system as a top priority.

Mosca said she wants to look at ways to address the teacher shortage, such as removing barriers to teach in Nevada for teachers from other states and those considering teaching as a second career.

Fennell, whose father was a bystander killed in a drive-by shooting in Los Angeles, said he also wants to see more prison prevention and rehabilitation programs. He said that before moving to Las Vegas, he was briefly jailed and served a year of probation after being stopped in car driven by a friend that he did not know was stolen.

Mosca said she used her own savings to launch her nonprofit Leaders in Training, which today has a half-million dollar budget.

“I really have some business acumen but also consider myself a social justice advocate,” said Mosca, who has been endorsed by the Nevada Assembly Democratic Caucus and labor unions. Fennell said he has yet to receive an endorsement, which he attributes to having run against a popular incumbent two years ago.

The winner of the Democratic primary will face Republican Shawn Stamper in the general election.