Two District Court judges appeared to have retained their seats on the bench, while a third incumbent could be forced to face a challenger in the general election, according to initial primary results posted Wednesday.

Voters sent 16 candidates in eight races, among 10 in the primary, to the general election in November.

The District Court primary ballot was packed with the names of 34 incumbents and challengers in 10 races.

The results from the mail-in ballots delivered to voters because of the coronavirus pandemic are incomplete and are not expected to become official for at least a week. Votes mailed in on Tuesday and those cast by people who voted at the three polling places throughout the county also had yet to be counted as of Wednesday.

Here’s how the races look based on the ballots counted thus far.

Adam Ganz, a civil lawyer, and Monica Trujillo, a deputy with the Special Public Defender’s office, took the top two spots in a race for a seat being vacated by Judge Douglas Herndon, who is running for the Nevada Supreme Court. That means Ganz and Trujillo are expected to square off in November. Michael Miceli, a criminal defense and labor law attorney, finished third in the primary.

Phil Aurbach, a civil attorney who specializes in commercial litigation, and Nadia Krall, a sole practitioner in personal injury, earned the most votes in a three-way race that included prosecutor Barbara Schifalacqua. The seat opened up after Judge Kerry Earley decided not to seek re-election.

Attorneys Terry Coffing and Veronica Barisich garnered the top two spots in a four-way race for a seat being vacated by retiring judge Carolyn Ellsworth. Attorneys Eric Abbott and Blair Parker also ran in that department.

Incumbent Hardy appeared to have retained his seat with 61.1 percent of the vote while being challenged in the primary by Tegan Machnich, a deputy public defender, and civil attorney Adam Breeden.

Kephart, the incumbent, earned 48.9 percent of the vote and was set to square off against private attorney Eller in the general election. Deputy public defender Fikisha Miller finished third in the race.

Candidates Jacob Reynolds and Tara Clark Newberry earned the top two spots in a primary race for a seat in Department 21, which is being vacated by retiring Judge Valerie Adair. Attorneys Caesar Almase and Bruce Gale also contested the spot.

Karl Armstrong, a senior appeals officer for the Nevada Department of Administration, and public defender Jasmin Lilly-Spells earned the top two spots, sending them to a race in November for a seat being vacated by Judge Stefany Miley, who did not seek re-election. Prosecutor Jim Sweetin and attorney Craig Friedberg had also entered that race.

Israel, the incumbent, appeared to have retained his seat with 54.3 percent of the vote in a three-way race against attorneys Jim Cavanaugh and Alexandra McLeod. 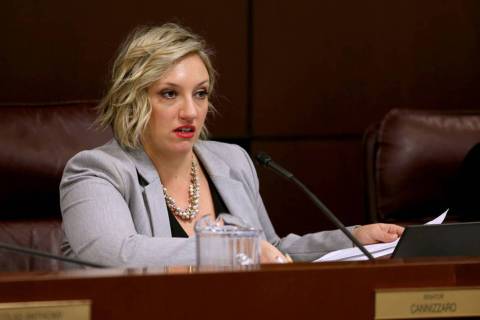 Two bills introduced in the Assembly would start the process of fixing the budget hole caused by the coronavirus pandemic.