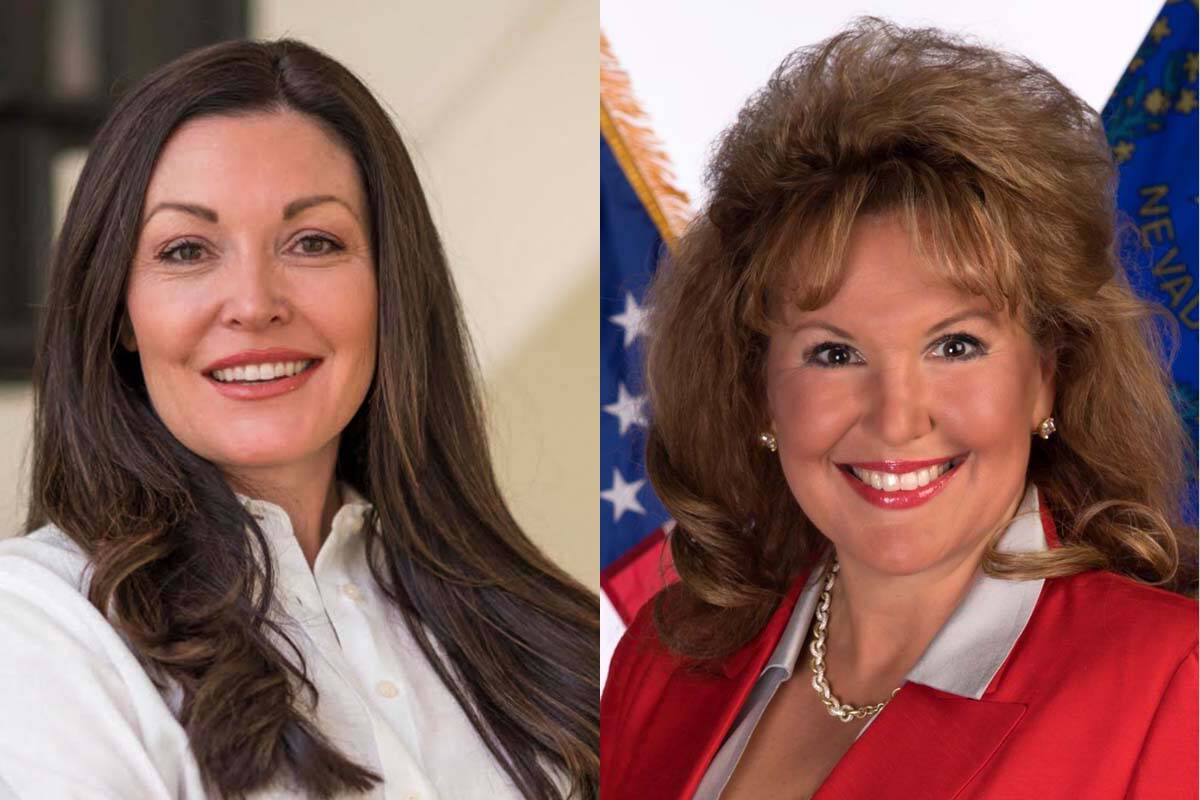 Tina Brown is a Las Vegas native and UNLV graduate who works as a residential real estate agent. She and her husband, Jeff Brown, own a retail shoe store, Suite160, at The Shoppes at Mandalay Place.

“I have always volunteered for campaigns,” Tina Brown said. “I always felt it was my civic duty to help people get elected who I believed in and supported. I was also the past president of the Republicans Women’s Club. We had a family meeting and we decided it was a good time (for me) to fight for our state.”

Brown said her No. 1 issue “is being pro-business.”

“To me that’s keeping taxes low and cutting red tape for business owners,” Brown said. “Personally we’ve dealt with any law that is changed or tax that has increased. It really affects our businesses and employees. Second would be community safety. I think we need to support our police officers.”

“We need to look at the broken system and I don’t believe giving more money to the school district is going to change anything at this point,” Brown said.

Tina Peetris is also a native Las Vegan who has worked in the resort industry for almost 30 years in operations. She is currently employed by one of the major resorts in town. Peetris said she would be a legislator who advocates for fiscal responsibility.

“There are a lot of hard-working Nevadans here in the state and they deserve a better product with the taxpayer dollars they are contributing, whether it be through the education system with safer schools or safer neighborhoods in general,” Peetris said.

Peetris said she would support pro-business policies that help the Nevada economy recover from the COVID-19 pandemic shutdown.

“To find great workers, qualified workers, has been a challenge as we’ve reopened,” Peetris said. “You want to have an educated workforce within the state. I’m a big advocate for vocational (schooling.) We have a very diverse economy in Nevada and we should have much more options as it relates to education.Vocation is certainly one of those opportunities for our state.”

Peetris said she supports charter school expansion and wants to do more to support veterans. She wants to also see the state invest more in the medical school at UNLV.

“(Invest) in areas like that where we can really transform our city for the coming decades,” Peetris said.

The winner of the June 14 primary will face incumbent Democratic state Sen. Melanie Scheible and Ana Usma, who lists no political party affiliation, in the November general election.