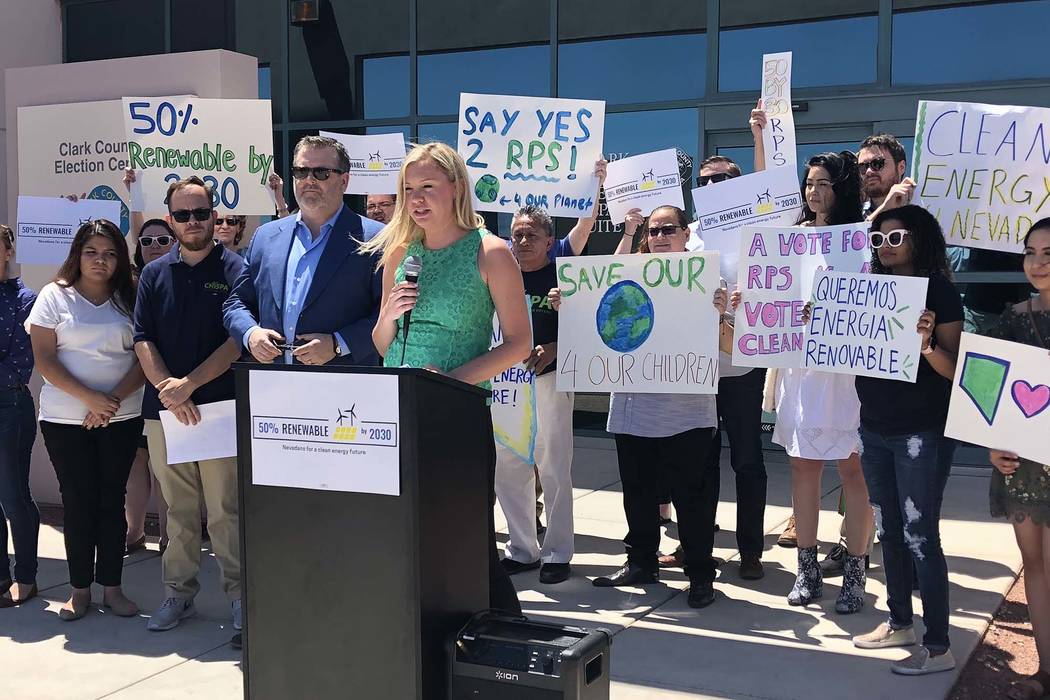 A group that wants at least 50 percent of Nevada’s energy to come from renewable energy sources said Monday that it has more than twice the needed signatures to get its initiative on the November ballot.

Nevadans for a Clean Energy Future delivered more than 230,000 signatures to the 17 county election departments across the state. To qualify for the 2018 ballot, petition backers must submit at least 112,544 eligible signatures ahead of Tuesday’s deadline.

Roughly 20 percent of the energy in Nevada currently comes from renewable sources, and the state’s current Renewable Portfolio Standard, or RPS, calls for that figure to increase to 25 percent by 2025.

But the group behind the initiative thinks Nevada can go further.

If passed by voters this November, the initiative would push Nevada’s renewable standard to 50 percent by 2030, a goal that would put the Silver State in line with Oregon, California, New York and New Jersey. Vermont has an RPS of 75 percent for 2032, and Hawaiian law calls for all the state’s energy to come from renewable sources by 2045.