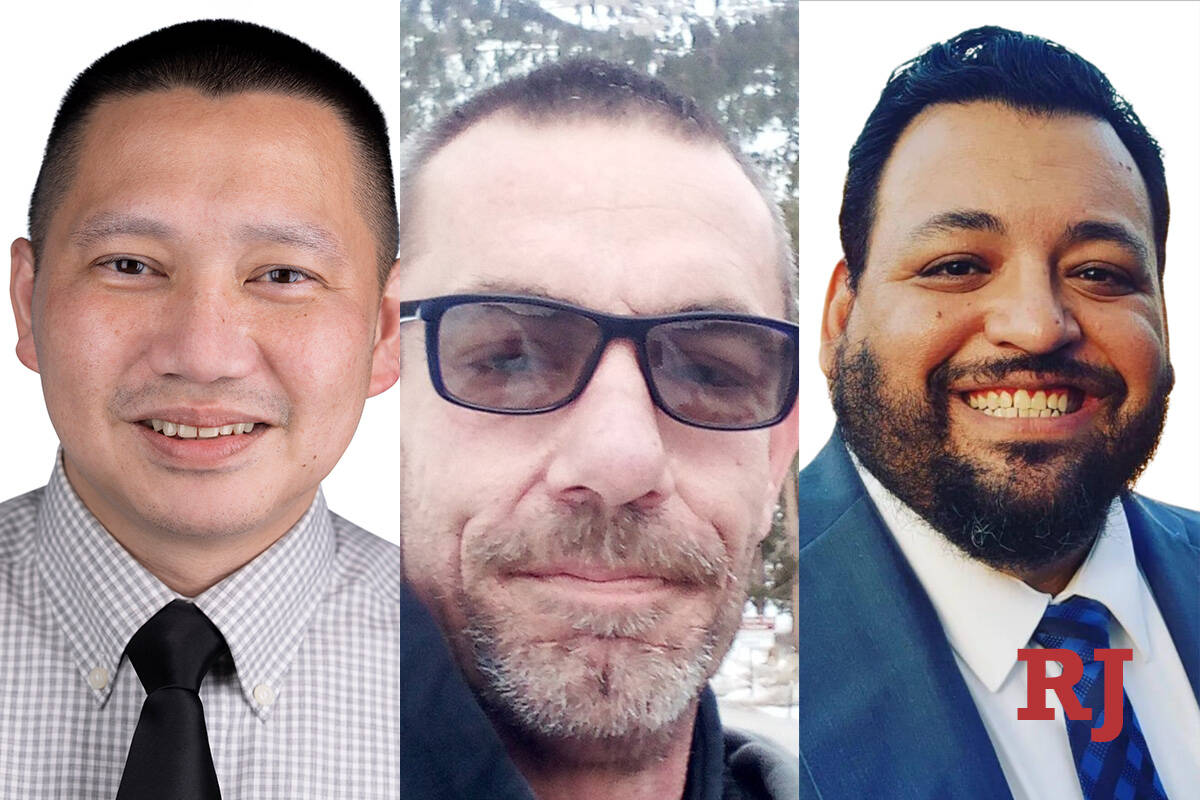 Five Republicans and three Democrats are on the June primary ballot to represent Las Vegans in the Assembly’s 12th District, after incumbent Assemblywoman Susie Martinez decided not to seek re-election.

In August, Martinez was elected executive secretary-treasurer of the Nevada AFL-CIO.

Democrats hold a slight advantage in the east valley district, with nearly 16,000 active registered voters in March 2022 compared to about 10,100 Republican voters.

David Bolliger said he was inspired to run for the Republican primary this year to protect the future of his three young boys. Bolliger is a nightly distributor for Flowers Bakery and a native Las Vegan — his family moved to the area to work construction on the Hoover Dam, he said.

A political newcomer, Bolliger’s campaign is focused on improving the education system, addressing homelessness in the district and securing “the pursuit of happiness.” If elected, Bolliger said he’d support legislation to break up the Clark County School District into smaller systems and community policing policies that can identify the root causes of homelessness in a given area to better address it locally.

On other issues, Bolliger said he wants to be the “voice of the people” to ensure politics does not distract from the pursuit of happiness. “I don’t know if it’s purposeful or not, but we have taken the focus off our community and we’re focused on political agendas,” he said.

Democrat Abraham Camejo said he wants to bring his community service activities to Carson City. Camejo said he sponsors local neighborhood cleanups and other grassroots support and thought it was natural to seek the district’s open Assembly seat.

On education, Camejo said he also supports giving teachers a raise to keep them in the profession by further adjusting the state’s education funding formula.

Camejo said he is also concerned with the lack of available healthcare options in his district. Most hospitals are a long drive away from the east valley. He said he would use his position of power to encourage doctors and developers to move into the area.

“We have a rising age group, our seniors like my parents, if they want to go to their doctor, they have to drive all the way to Summerlin,” he said.

Camejo previously ran an unsuccessful campaign for Nevada Assembly in 2012.

Democrat Angelo Casino is running because he wants the people of District 12 to know they can make a difference, he said. The middle school history teacher was inspired to run in this election because he felt “the mind” of the district was not being considered in Carson City.

“People often ask me what are my viewpoints on things, and I always tell them, ‘It’s really irregardless of what my viewpoints are. It’s what people in my district feel,’” he said. “That’s what I’m going to bring to Carson City, not what I feel and we’ve lost that.”

Concerns voters have raised to him, he said, include inflation and the education system. To address inflation, Casino said he would propose temporarily halting the state’s gas tax to reduce the price of unleaded and diesel gasoline. He also suggests sending every Nevadan a $40 gas card to soften the impact of inflation and offering temporarily free public transportation options.

Casino previously ran an unsuccessful campaign for the Nevada State Board of Education in 2020.