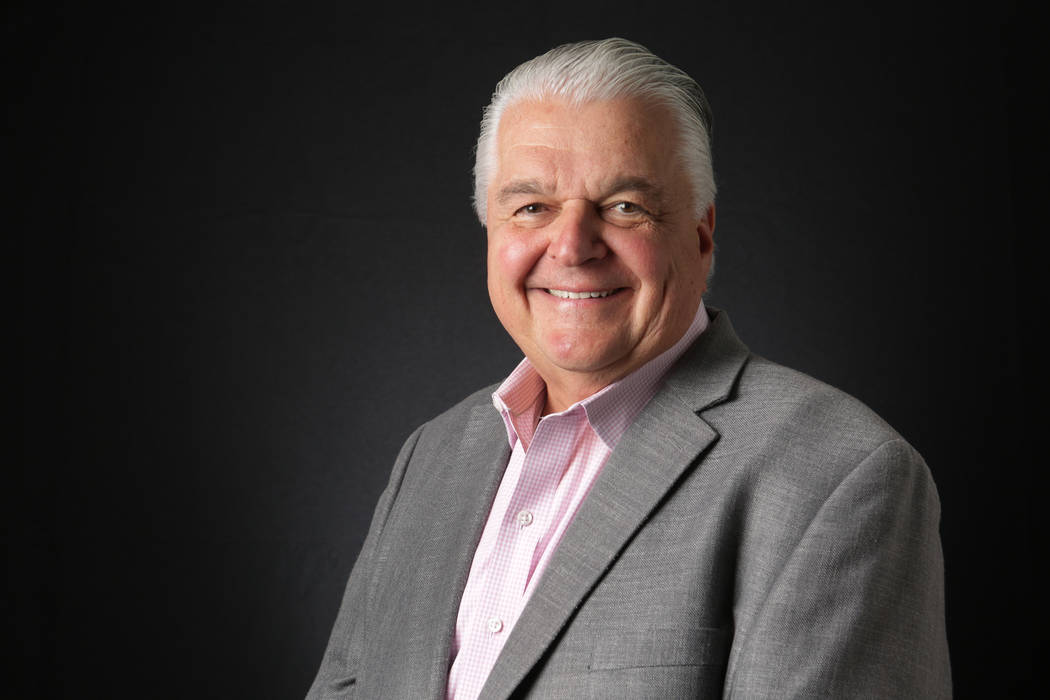 CARSON CITY — The value of a dollar has always carried significant weight for Steve Sisolak, both figuratively and literally.

Sisolak moved to Las Vegas in 1976 to pursue his master’s degree at UNLV, living in a studio apartment near campus.

To cover rent, Sisolak worked in the hard count room of the California Club in downtown Las Vegas. His job was to weigh the coins inside slot machines to determine how much money was inside.

“That job was important to me. I was on my own. Even though rent was only $35, I didn’t have $35,” Sisolak recalled in an interview with the Las Vegas Review-Journal. “I had to make that money in order to continue.”

Beyond providing him a paycheck, there were other perks of the 2 a.m. shifts for the young college student, like the free buffet breakfasts before heading off to class. But for Sisolak, it was another reminder of just how important a single job can be — something that he’s carried with him decades later to the forefront his campaign for Nevada governor.

Sisolak, the 64-year-old Democrat and chairman of the powerful Clark County Commission, has a vision for where he wants Nevada to go.

He wants better-paying jobs with benefits and thinks the level of college student debt must be addressed soon. He wants higher teacher salaries and smaller class sizes. He believes the Medicaid expansion Gov. Brian Sandoval pushed for that brought health insurance to more than 200,000 Nevadans should be protected, and he wants Nevada to became a leader in exporting renewable energy.

“I’m a glass-half-full kind of guy,” Sisolak said. “I see the future as pretty bright.” 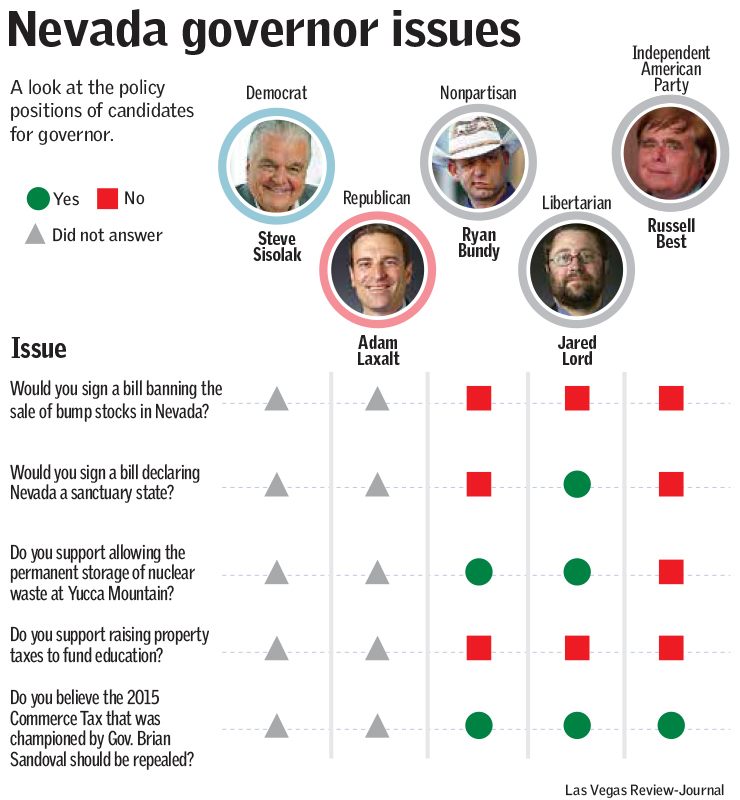 Sisolak was born and raised in Milwaukee and had what he calls a “very normal” upbringing. His father worked as an engineer at General Motors, and his mother worked night shifts at the grocery store.

And at an early age, Sisolak got a taste of why job security can be so important when his father was laid off.

“I don’t have a lot of childhood memories, but I remember him coming home and telling my mom, ‘Mary, we’re going to have to cut back,’ ” Sisolak said. “That experience, I think, has made jobs and the assistance of job creation so important to me.”

Steve Sisolak made a name for himself in the world of Nevada politics in the spring of 1993, when he was a small-business owner and lobbied the Legislature to reform telemarketing laws.

“There was a certain amount of frustration. I wanted to see more get done,” he said. “I think you can only spend so much time on the sidelines before wanting to get involved.”

The work Sisolak put in that session and the knowledge of the issues he demonstrated earned him the respect of several lawmakers on both sides of the aisle in Carson City, including Dina Titus, then the leader of the state Senate Democrats.

“As an advocate, he was very informed. He was very well respected,” Titus recalled. “He was taking on an issue that needed to be cleaned up in the state. That says a lot about somebody.”

Titus thought Sisolak had shown the chops to be a lawmaker, and she believed his personable nature and small-business acumen could appeal to voters from both parties. So she recruited him to challenge Sen. Bill O’Donnell in the 1994 election.

But Sisolak’s first foray into Nevada politics wasn’t a success. He lost to O’Donnell, and he lost two years later when he ran again for the seat, this time against Republican Ann O’Connell.

Mike Sullivan, a political consultant and friend of Sisolak’s who would work on his later campaigns, remembers trying to talk Sisolak out of running in 1996.

“He had just gotten beat in 1994 in a very Republican district. But he’s a relentless guy. He didn’t like losing, and he thought he could do things differently,” Sullivan said.

Sisolak’s political break finally came in 1998. Nevada System of Higher Education regent Madison Graves, who was retiring, asked Sisolak to run for the seat, and he won with ease.

He served on the board for a decade before making a run for the Clark County Commission in 2008 to replace term-limited Republican Bruce Woodbury.

‘We had no choice’

Sisolak won and quickly earned a reputation as someone not afraid to shake things up in government. In 2010, he took on the firefighters union over abuse of sick leave time during the economic fallout following the Great Recession, accusing the group of “gaming” the system.

It was an unusual sight, said Sullivan, “a Democrat going against the firefighters union.”

“Steve decided it was unfair and bucked the trend on that, standing up for his goals even though that could have been very, very ugly,” Sullivan added.

That was followed by what Sisolak calls one of the most difficult times of his political career.

With the recession cutting deeply into the county’s coffers, cutbacks loomed as commissioners considered laying off more than 500 county employees. The memory of his father coming home all those years ago after being laid off came flooding back to Sisolak.

“I remember what happened to my dad. I struggled with that. But we couldn’t find another way,” Sisolak said. “I never wanted to lay anybody off. But we had no choice.”

Now, with his sights on the Governor’s Mansion, Sisolak hopes he can bring what he’s learned in those experiences to the state level.

“I pride myself on being the kind of guy that can get to ‘yes,’ to find a way to get a problem solved,” Sisolak said. “I think the vast majority of people in the middle are frustrated with the lack of progress, of getting things done, and of addressing their daily real-world problems. And that’s what I want to try and do more.”