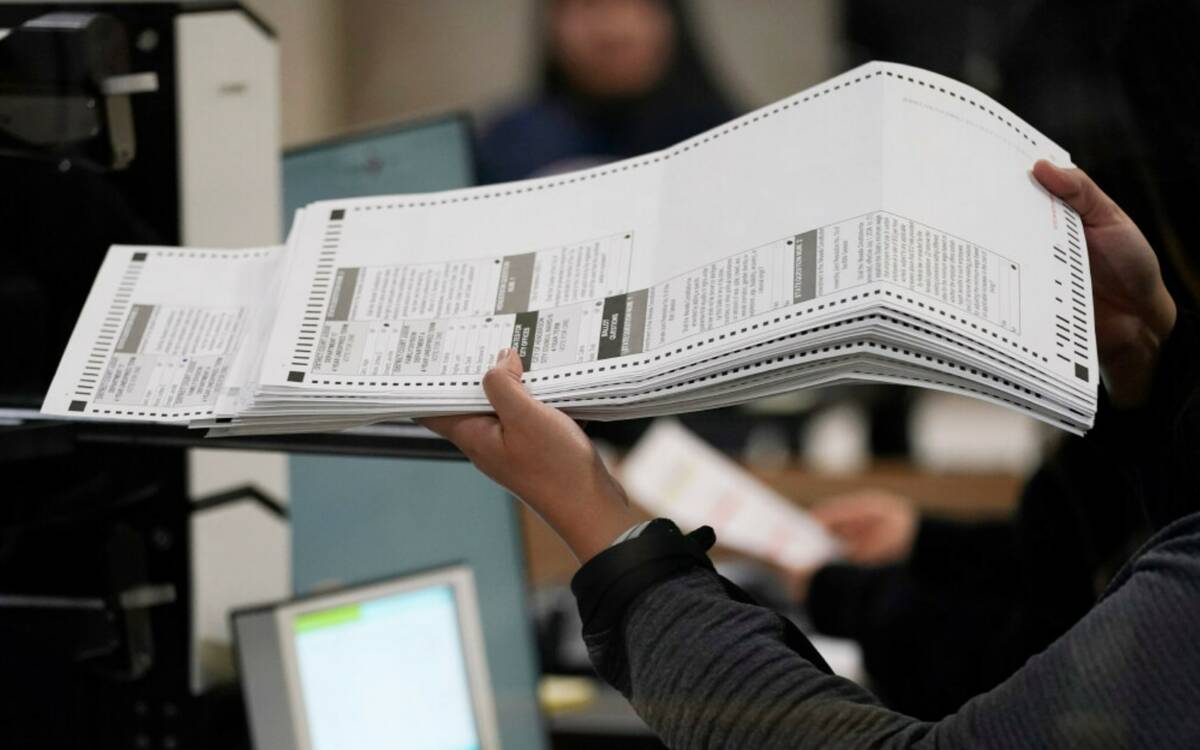 An initiative to radically change the way Nevada elects candidates in the future was approved by voters, but won’t go into effect unless it’s approved again in 2024.

Two other constitutional amendments, one to grant equal rights and another to raise the minimum wage in the state, also won approval and will go into effect right away.

Question 3, which was leading 52.8 percent to 47.2 percent Monday, would amend the state constitution to eliminate partisan primaries for Congress, the Nevada Legislature and statewide constitutional offices by allowing all voters, regardless of party affiliation, to vote on one large primary ballot for candidates from any party. The top five vote-getters regardless of party would move on to a general election, where they would be ranked from favorite to least favorite.

If one candidate earns more than 50 percent of the general-election votes, they win. If not, the candidate with the least number of first-choice votes is eliminated and their votes get distributed to the second-choice candidates. The ballots are then adjusted and the votes tabulated again, until one candidate gets 50 percent and is declared the winner.

If approved again in two years, it would go into effect starting with the 2026 election cycle.

“With the passage of Question 3, Nevadans have shown their desire to put Nevada voters first and address political extremism and polarization in our state,” Mike Draper, communications director for Nevada Voters First, said in a statement.

“By opening Nevada’s primaries and utilizing ranked choice voting in the general election, Question 3 will guarantee that all registered voters have a voice in how they’re represented and that elected officials are held more accountable to a true majority of Nevadans — not just the most extreme voices in the political parties,” Draper added.

Both Republican and Democratic parties expressed opposition to the ballot initiative, and Nevadans can expect to see opponents ramp up their efforts leading into 2024. In the first round, more than $17 million was poured into Nevada from political action committees to raise awareness of the initiative.

Question 1, the equal rights amendment, was leading by about 17 percentage points Monday, with 58.5 percent voting yes to 41.5 percent of voters saying no. The amendment — approved twice by the Nevada Legislature — will add language to the Nevada constitution that prohibits the denial of rights of an individual on a person’s race, color, creed, sex, sexual orientation, gender identity or expression, age disability, ancestry or national origin.

The Nevadans for Equal Rights Committee said in a statement that it was “thrilled” to see the passage of the ballot question.

“Victories like these do not happen in a vacuum. From the start of our campaign, our efforts centered on communities that are too often overlooked and engaged the community organizations that support and uplift them,” the committee said in a statement.

Ballot Question 2, the minimum wage amendment that will increase the minimum wage to $12 an hour for all workers, including those not receiving health benefits from their employers, passed with 55.1 percent voting yes over 44.9 voting no as of Monday.