If you are having problems accessing today’s e-Edition, please click on this link VIEW E-EDITION
The Associated Press
November 22, 2019 - 10:42 pm 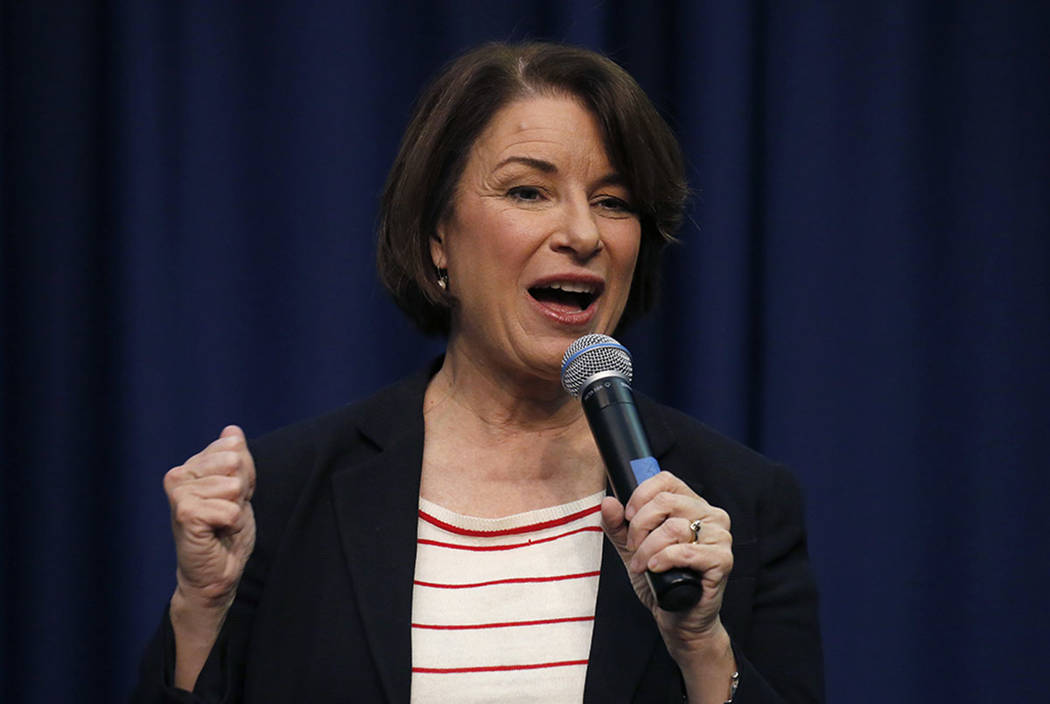 Klobuchar’s campaign announced Friday the Minnesota senator had hired Marina Negroponte to serve as state director and Cameron Miller to serve as Nevada political director. Both held similar roles in the state for O’Rourke’s campaign, which ended this month.

Negroponte helped organize the Hispanic community for the civil rights nonprofit We Are All Human Foundation and spent a decade working in international development for the United Nations.

Miller has worked on several state legislative campaigns in Nevada.

The state is third in line to vote next year on the Democratic presidential field.

Klobuchar has been working to build momentum after strong performances in the last two debates.