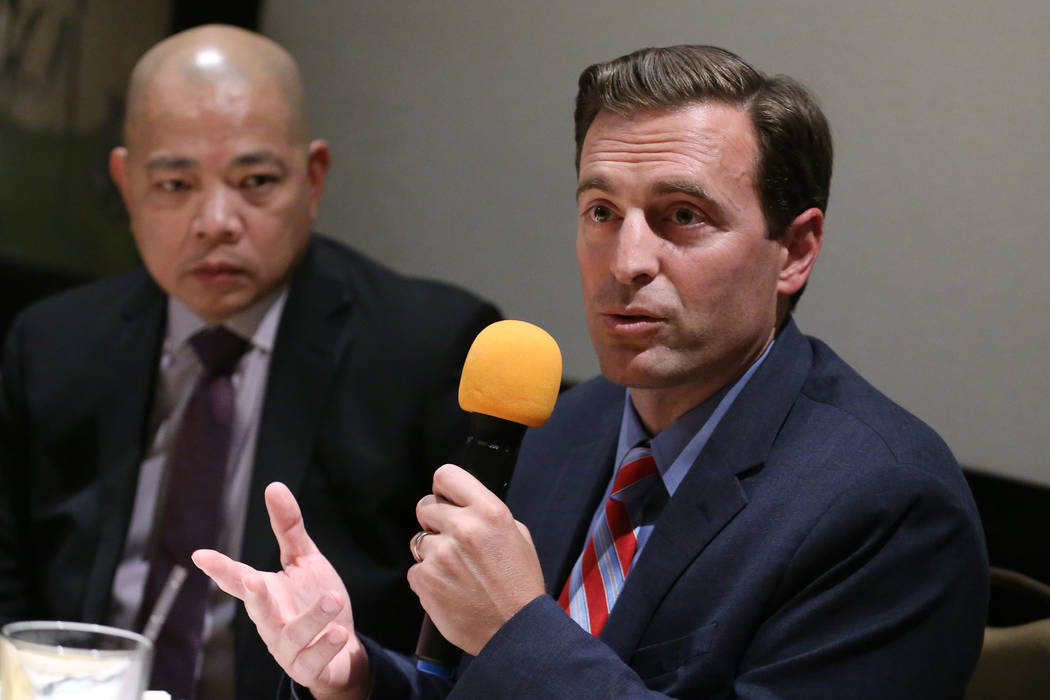 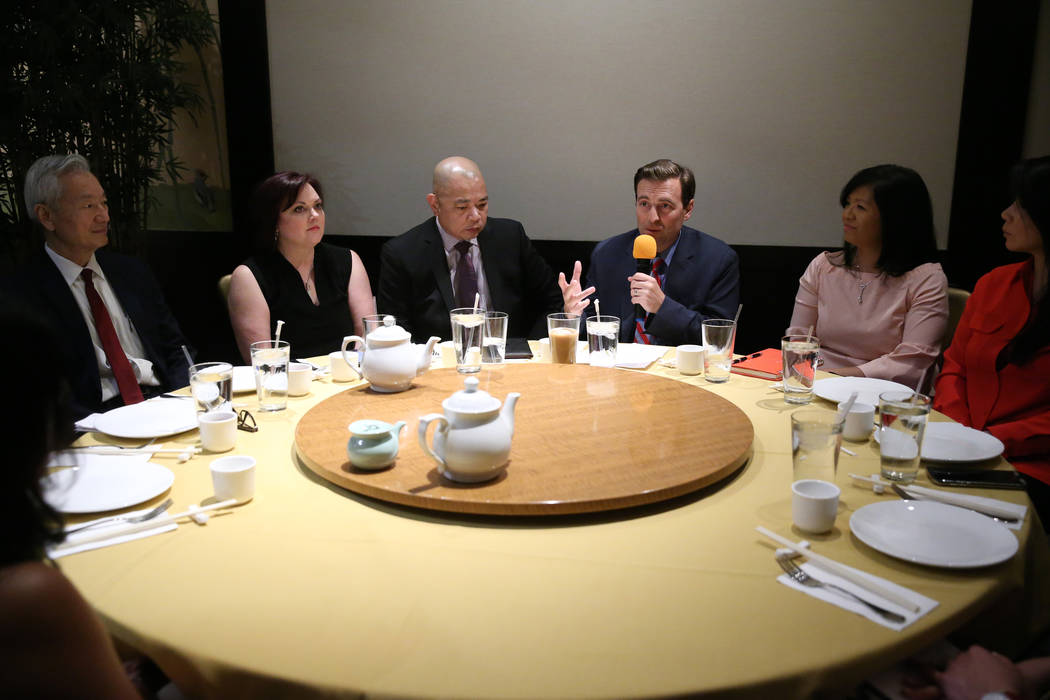 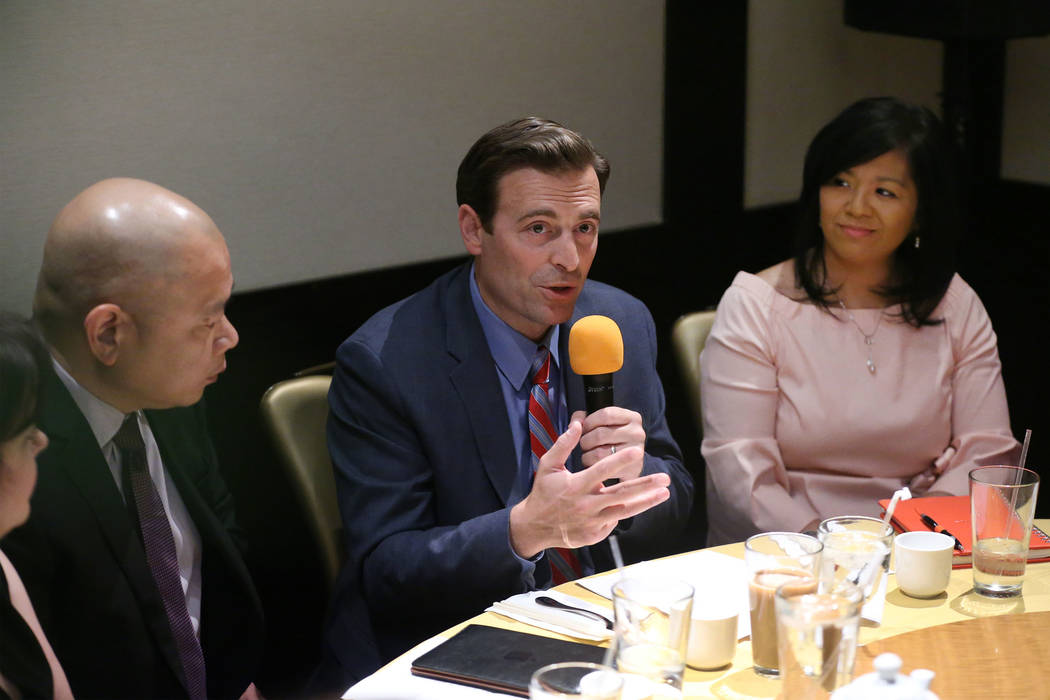 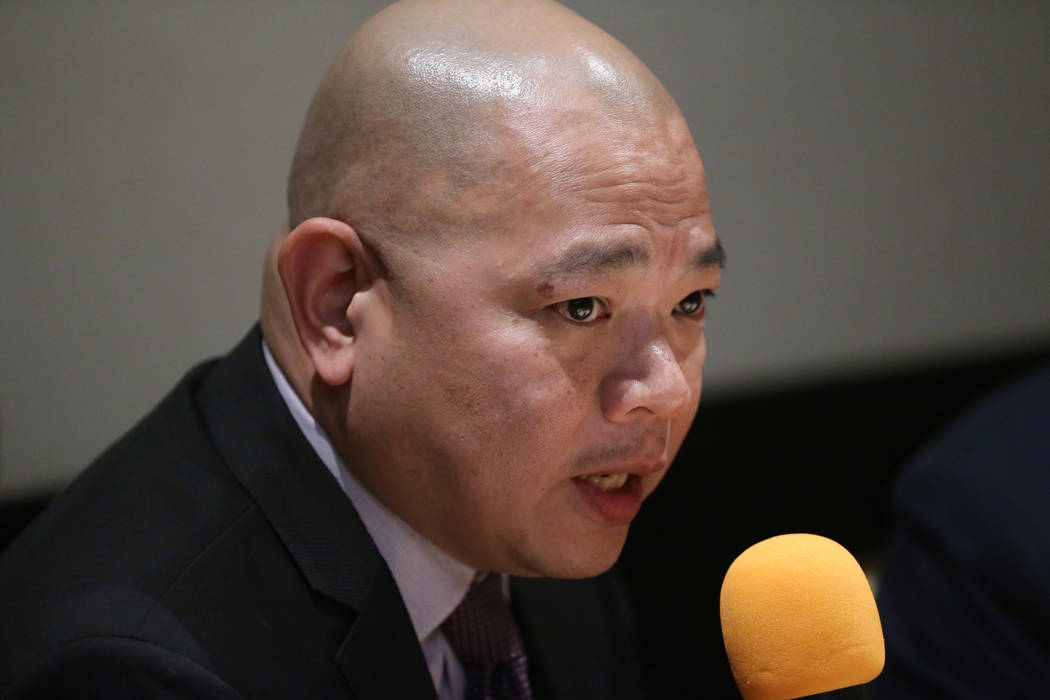 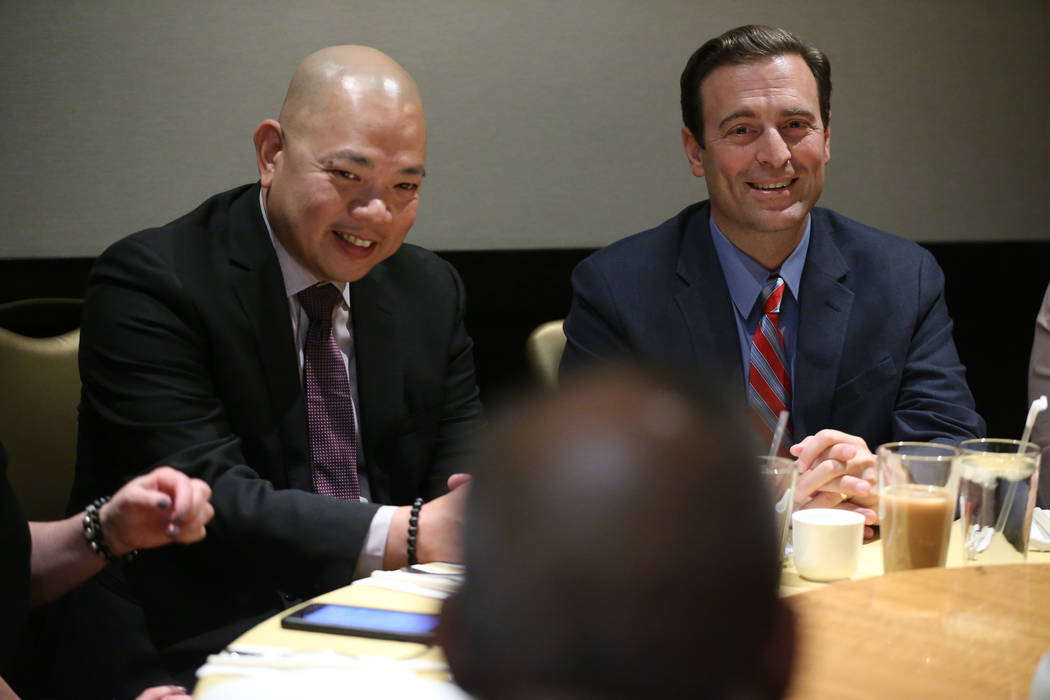 Members of the Las Vegas Asian Chamber of Commerce shared stories of business expansion, bonuses for their workers and stable revenue at a Tuesday roundtable discussion co-hosted by the Nevada Republican Party and President Donald Trump’s re-election campaign.

The discussion was led by former Nevada Attorney General Adam Laxalt, who said it would be the first of many meetings across the state designed to flesh out the stories of economic prosperity under the president. He said Nevada has seen 117,000 new jobs created and a record-low unemployment rate since Trump took office.

“The president has cut more regulations the last few years than any president has ever cut in this period of time, and I think we’re all grateful for that,” Laxalt told the chamber members.

Jan-Ie Low, owner of SATAY Thai Bistro &Bar, said tax cuts and deregulation under the Trump administration have allowed her to hire painters and electricians rather than asking her brother to find makeshift fixes when something breaks at the restaurant.

She has been able to hire more employees and offer bonuses for the first time since sinking her 401(k) into the small-business venture in 2005. Before Trump, she said, the business struggled just to make payroll — let alone turn a profit.

Dr. Sonny Ho started his chiropractic practice in 1999 and struggled through lean years until recently.

“The last three years have been my best ever,” Ho told the group. The Republican tax plan — specifically its qualified business income deduction and real estate breaks — have even allowed Ho to open a second office.

William Wong, a retired McDonald’s franchise owner, said he eventually had to sell his restaurants in order to protect the retirement fund he used to buy them in 2007. He said the Affordable Care Act and related regulations alone led to $45,000 in additional annual costs per restaurant.

In an interview after the event, chamber President Sonny Vinuya said the discussion was not an endorsement of the president but rather an opportunity to share his members’ successes and relay the facts.

Laxalt told the Review-Journal that Trump has kept his promises of higher pay and better jobs for Nevadans. He said both Trump and Vice President Mike Pence will visit the state several times in the coming year to help combat what he said was the notion spread by scores of Democratic presidential hopefuls that the current administration is not helping working people.

“The good news is that people are living the Trump economic miracle right now,” Laxalt said. “When people decide to vote in November (2020), people are going to decide whether their lives are better than they were four years ago, and I believe voters are going to come to that conclusion.”

Democratic presidential candidates have campaigned hard for Asian-American and Pacific Islander support, but Low believes most of her community’s sensibilities better align with conservative beliefs.

“Asians believe in family, safety and also working hard,” she said. “That means merit. We’re not entitled to things. And those are the values that are conservative values, and they are working right now. And they are Trump’s values.”

3
Will Donald Trump run for president again, win in 2024? Bet on it

4
Nevada aims to build out distance learning 1.0 into permanent option