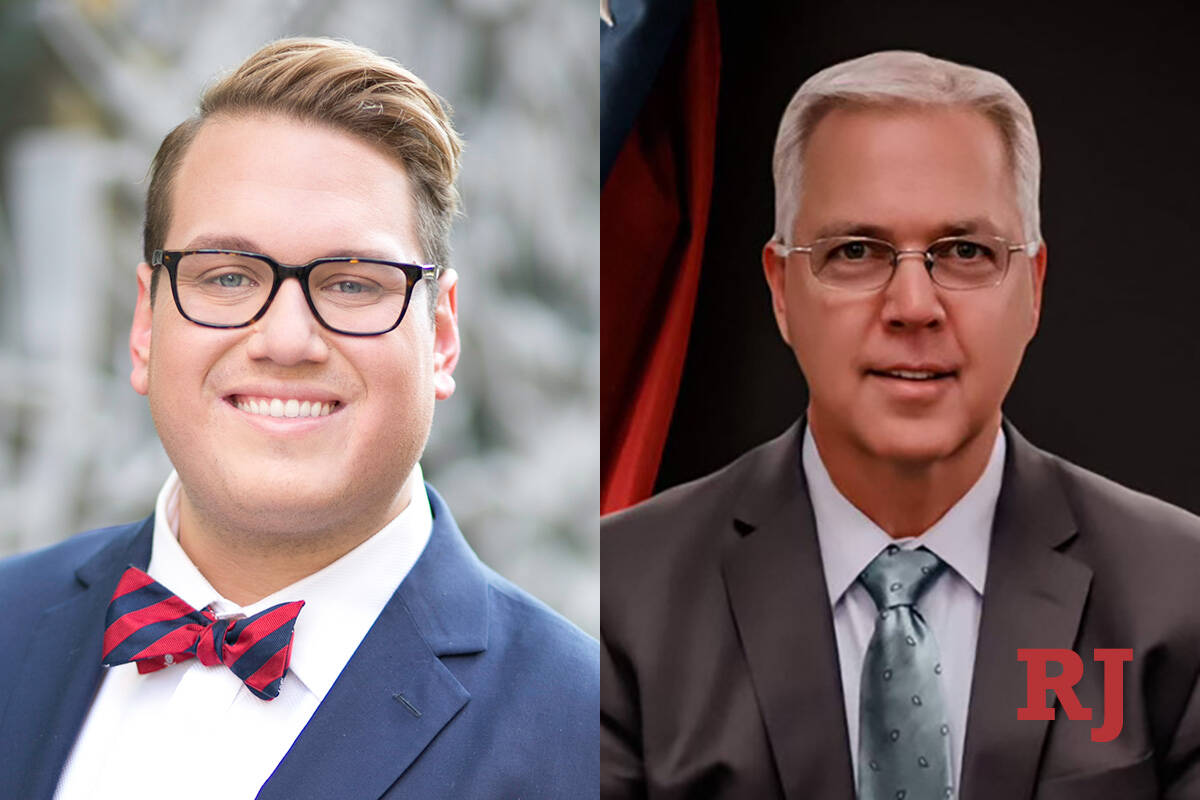 Two political newcomers are running the primary for Assembly District 5, hoping for a chance to challenge incumbent Democrat Brittney Miller in the November general election.

Alan Hedrick has never run for office before but has volunteered on campaigns for George W. Bush, Marco Rubio and Donald Trump. When he saw the lack of competitive races in the region he felt he had to come forward.

“I realized that last cycle, you had 10 Democrats run unopposed … I just felt like people didn’t have a choice,” Hedrick said.

The self-described “military brat” grew up in Colorado and lived in Florida, California, Massachusetts and New York before coming to Nevada.

“What I bring to the race is the fact that I lived in all these really great areas,” Hedrick said. “I’m able to bring what’s good from those areas and that experience into Nevada.”

Hedrick said he wants to focus on improving schools and economic development in the state.

He said Clark County School District is “way too large” and that the cities of Las Vegas and Henderson should be allowed to run their own districts. Hedrick said he thrived in charter schools and that public school wasn’t for him.

“My goal is to give every child the opportunity to go to whichever school they want,” Hedrick said.

Hedrick’s challenger, Kelly Quinn, is a correctional sergeant at High Desert State Prison. He previously worked as a regulator for the state of Nevada in the area of fire and emergency medical services.

He said the pandemic shined a light on government overreach specifically the governor declaring a state of emergency that’s in effect today. Quinn said state of emergencies should be limited to 90 or 120 days.

“Shutting the entire economy down wasn’t the solution for that and we’re still in a state of emergency,” Quinn said.

Quinn believes in parents having input on a school’s curriculum and that critical race theory should not be taught in Nevada schools. In addition, he said schools should not be “teaching sexuality” to young children.

He said state agencies need to do a better job of retaining employees who are being poached by the private sector. While each agency has different circumstances, Quinn said improving the state retirement system and pay are good places to start.

“We need to do something or else we’re going to be in a world of hurt,” Quinn said.

Quinn was named in a lawsuit filed in January by High Desert inmate Anthony Harris alleging civil rights violations under state law and the Nevada and U.S. Constitution. Quinn was one of 42 defendants listed in the complaint, according to District Court records.

“All correctional officers get sued regularly it’s a common practice. Yeah, there’s probably several of them,” Quinn said. “The attorney general’s office usually addresses those without even telling us about it.”

Quinn said in an email a week later that he is aware of Harris and that he “has many lawsuits and grievances.”

Acting public information officer for the corrections department W.C. Quenga said in an email that he was unaware of the lawsuit and did not comment.