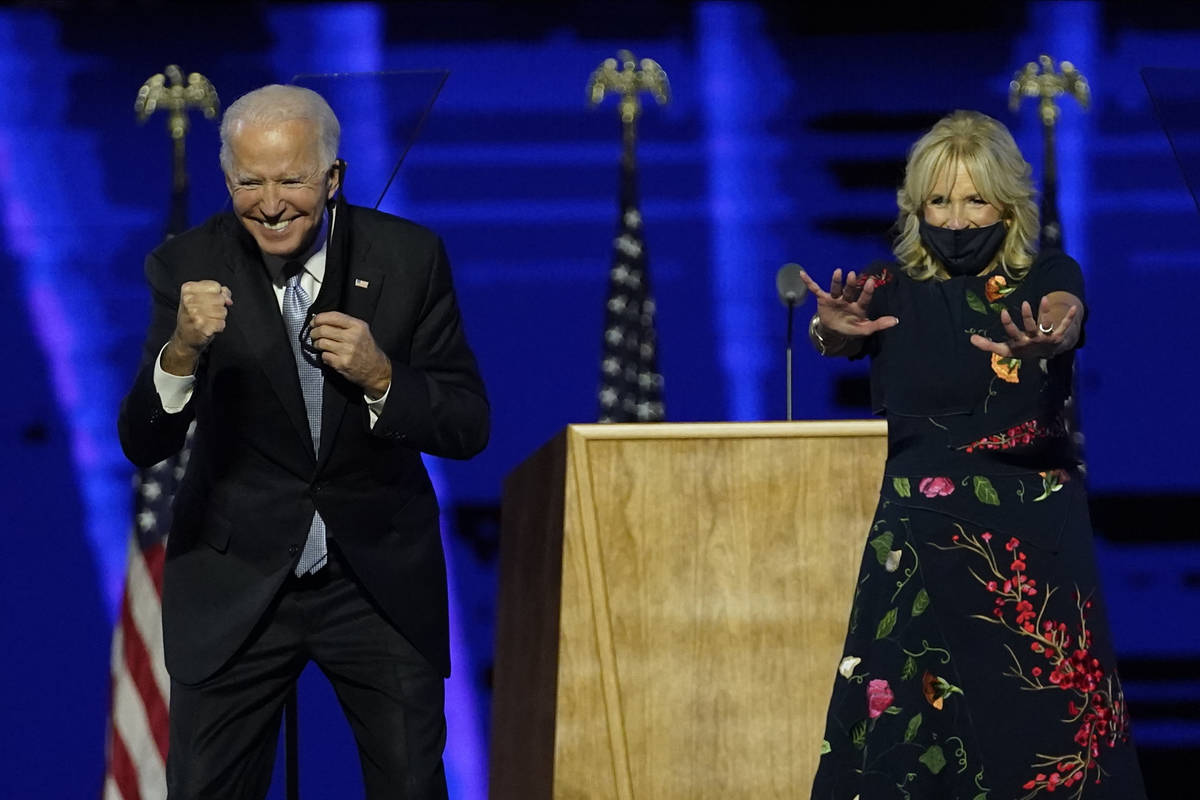 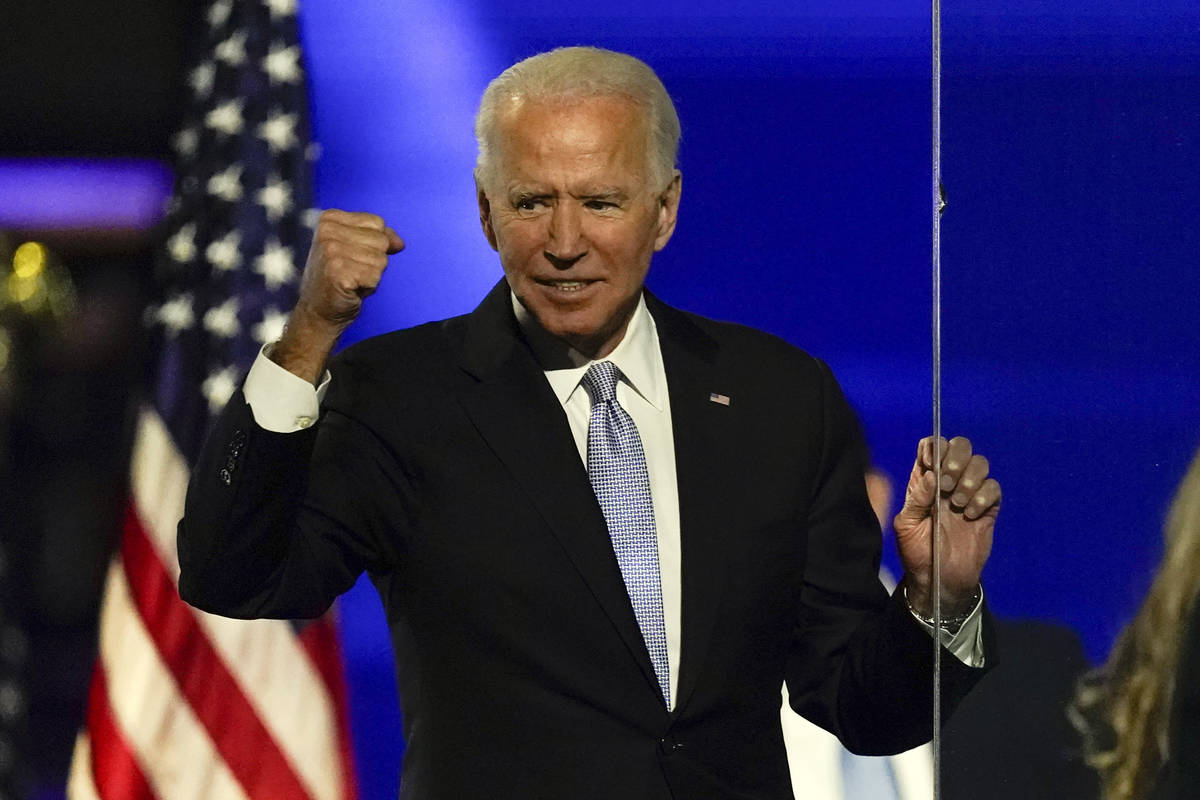 President-elect Joe Biden has extended his lead over President Donald Trump in the presidential race in Nevada.

The Associated Press on Saturday declared Biden the winner in the presidential race.

During a Monday morning news conference, Clark County Registrar Joe Gloria said the “bulk” of mail ballots were in the system, meaning only “small numbers” of ballots remained to be counted.

It includes fewer than 2,000 ballots with unsigned or mismatched ballot envelope signatures that voters must fix by Thursday. About 60,000 provisional ballots also still needed to be tallied, excluding duplicates or improperly cast ballots, and will be done so by Thursday.

Gloria said county Election Department employees seemed to have a “pep in their step” as the count nears its end.

“As far as I’m concerned they’ve done an extraordinary job this year,” he said. “We’re not done yet but if it hadn’t been for them, we wouldn’t have made it.”

He also addressed claims pushed forward by state and national Republicans that the voting process has been marred by irregularities, saying that he was confident in the processes in place and that voters should be too.

The county will “look into anything” when it is raised and has sent claims to the secretary of state’s office for investigation, according to Gloria, who underscored that any wrongdoers will be held vigorously accountable.

“We are finding explanations for every challenge that they bring up,” he said about those who have raised issues. “Any questions that they have related to the integrity of what we’re doing, we have a response. All we want to do is count votes.”

The results will be certified on Nov. 16, but Gloria said he is expecting that there could be calls for recounts in certain races that are close, yet he was confident that a repeated count will show the tallies were accurate.