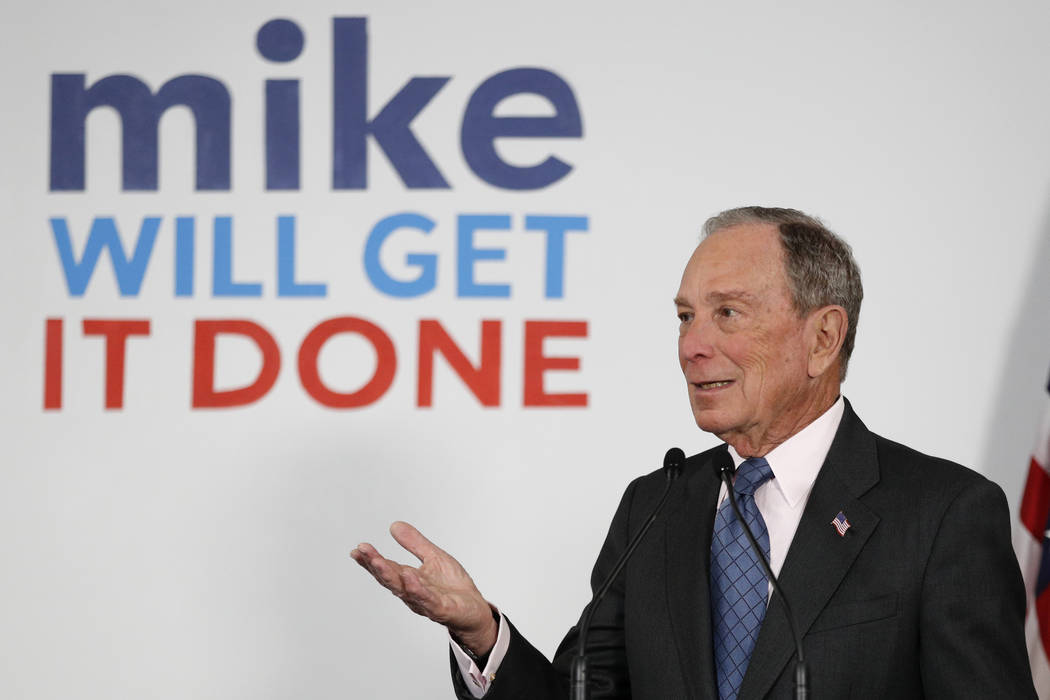 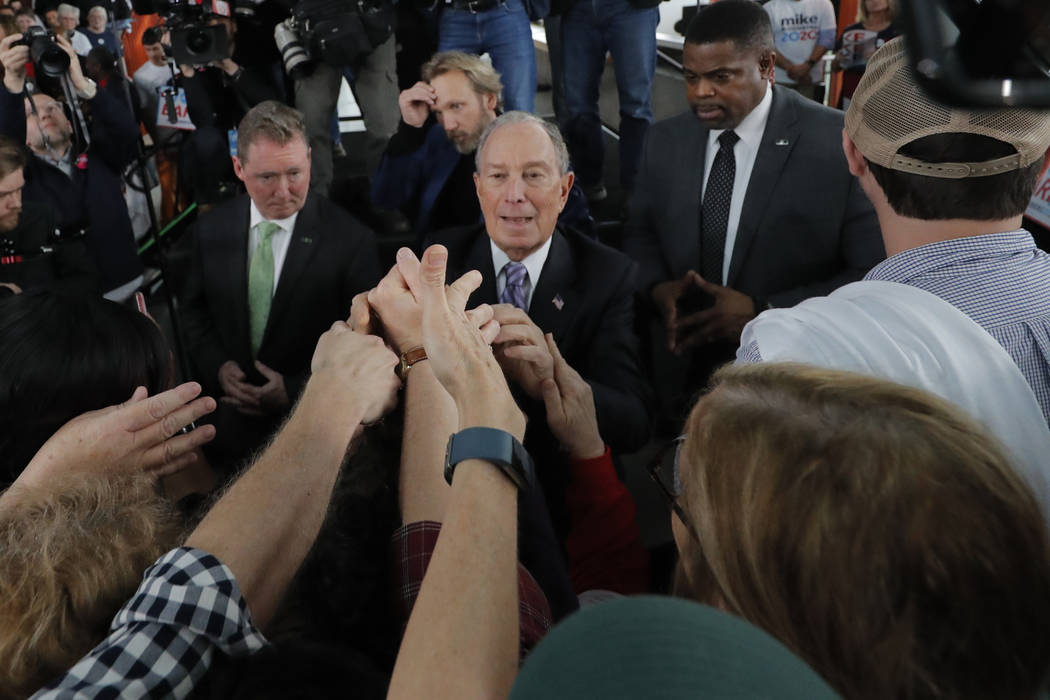 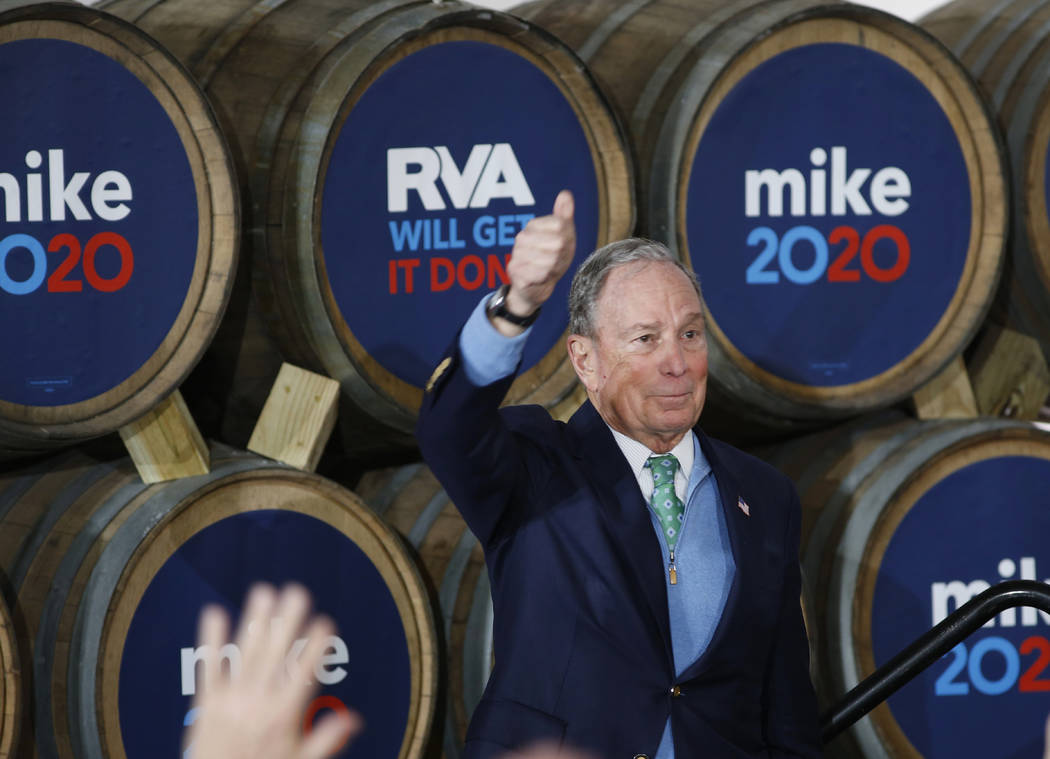 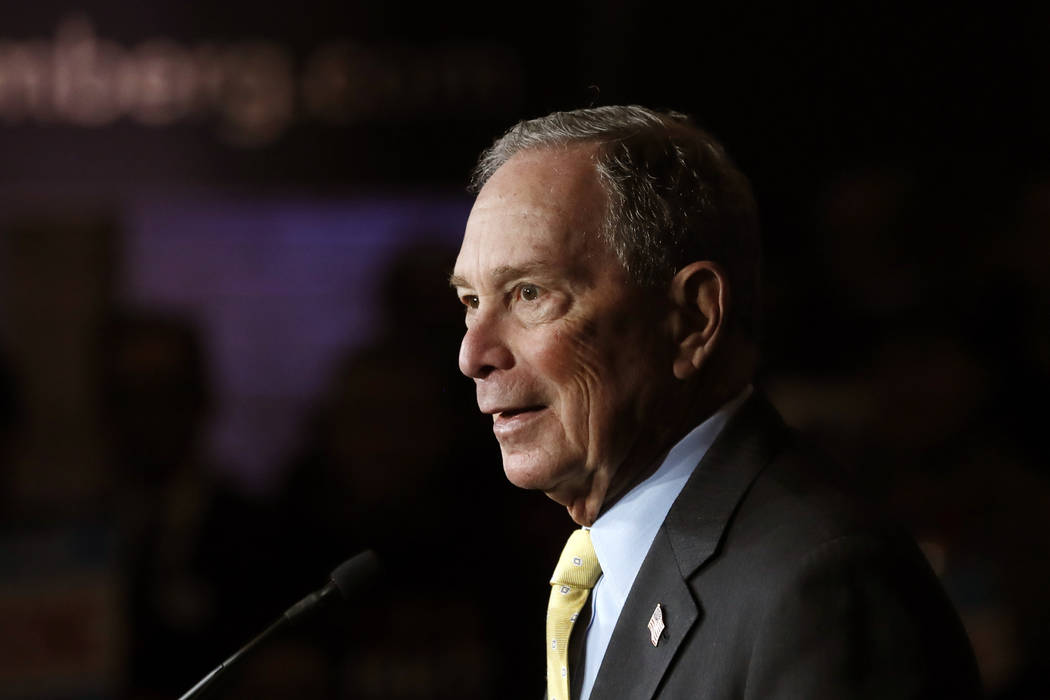 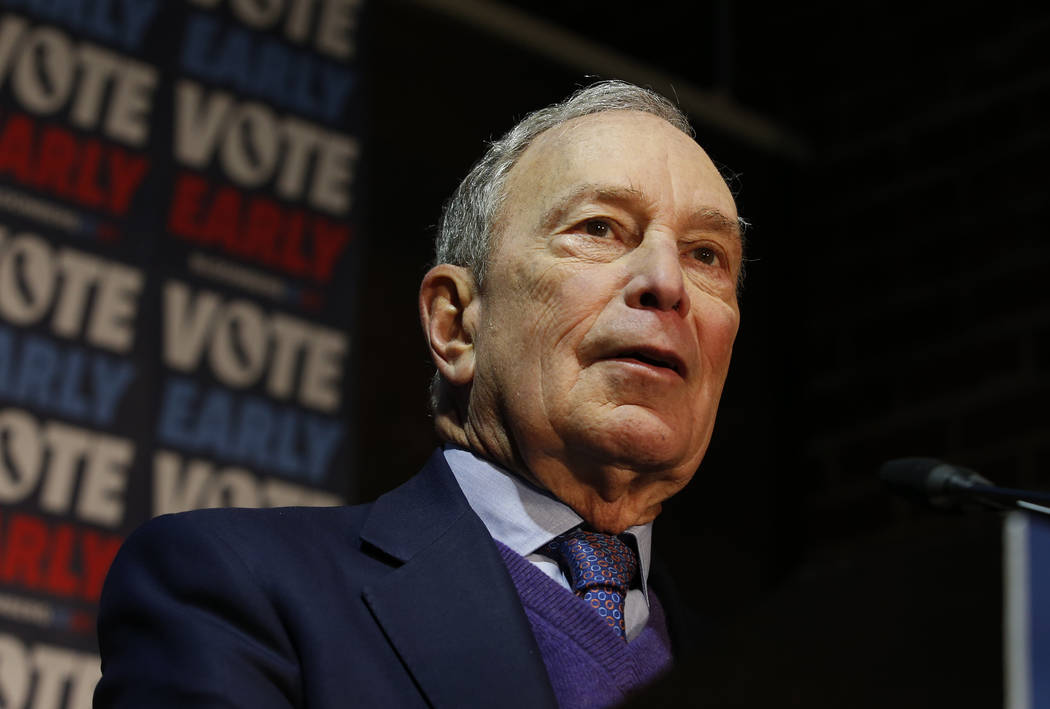 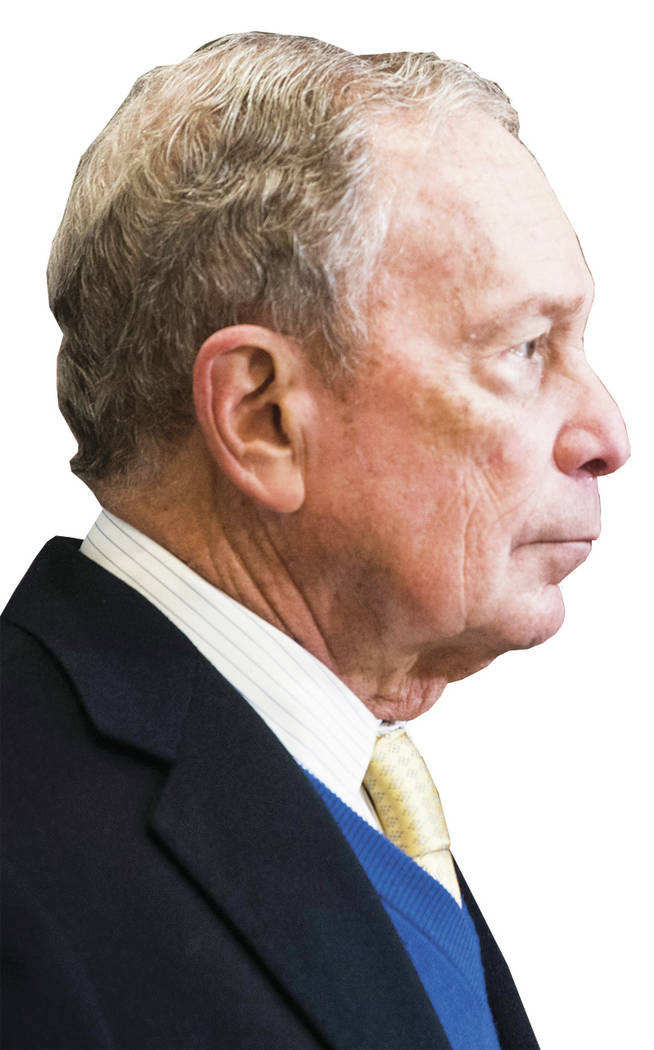 Former New York City Mayor Michael Bloomberg will make his debut on the national debate stage Wednesday at the Paris Las Vegas, a flashy location for a wealthy candidate who opted to skip Nevada and other early states in his late bid for the Democratic presidential nomination.

Although Nevadans will not get to weigh in on Bloomberg’s bid in Saturday’s caucuses, some local experts believe the former mayor’s first big appearance may yet influence the conclusion of the Silver State’s vote.

“It’s fitting that he enters the race in a diverse county like Clark, which looks like America will in the middle 21st century,” said Rob Lang, a professor of urban affairs at UNLV. “It’s fitting he enters in a top-30 metropolitan area with two professional sports franchises and an airport that crosses both the Pacific and Atlantic oceans.”

Lang said Nevadans should not feel offended that Bloomberg skipped their state, as his campaign does not need to generate money through early-state momentum. Bloomberg, who has spent more than $300 million on TV advertising alone, can buy the name recognition other candidates often must earn through fundraising and performing well in early states.

“California and Texas have a combined population of about 70 million people,” Lang said. “That’s more than most countries in the European Union. There are more delegates at stake in Orange County (California) than in all of Nevada.”

Bloomberg will step on the debate stage largely because of a change in qualification rules by the Democratic National Committee, which no longer mandated candidates have a certain number of unique campaign donors. It’s the ninth debate in the Democratic nominating process.

Bloomberg cleared the polling threshold Tuesday, after an NPR/PBS NewsHour/Marist poll showed him with 19 percent support nationally, second only to Vermont Sen. Bernie Sanders at 31 percent.

On Saturday, Sanders slammed Bloomberg at a Nevada caucus kickoff dinner, criticizing his policies and past statements and saying he wouldn’t be able to assemble a diverse coalition necessary to boost turnout enough to beat President Donald Trump.

Bloomberg’s estimated net worth is nearly $62 billion. Tim O’Brien, an adviser to his campaign, told The Associated Press on Tuesday that Bloomberg would sell his namesake information business if elected president.

The Bloomberg campaign did not respond to a Review-Journal request for comment.

Wednesday will be Bloomberg’s first real test as a candidate. Bloomberg has campaigned in more than two dozen states, but he does not take questions from voters and delivers a standard stump speech that lasts less than 15 minutes, often reading from a teleprompter.

Lang called him a “credible candidate” given his experience administering a city the size of three Nevadas, and he noted that a strong showing for Bloomberg could scramble the support for other moderate candidates such as former Vice President Joe Biden.

“It affects Biden in that if Bloomberg is a credible debater, some moderates may just wait for Bloomberg,” Lang said. “There could be a fracturing of the vote with no clear front-runner in the early states. These early states are necessary for a (Sen. Amy) Klobuchar and (former South Bend, Indiana, Mayor Pete) Buttigieg, but Bloomberg’s in another space entirely.”

Bloomberg, Biden, Klobuchar and Buttigieg will be joined on stage by Sens. Elizabeth Warren and Sanders. Billionaire philanthropist Tom Steyer, who is campaigning in Nevada in person and over the TV airwaves, did not qualify.

Dan Hart, a veteran political consultant in Southern Nevada, said Bloomberg’s campaign may be second-guessing the decision not to put his name on the ballot. Caucus states require a lot more early organization to win — some of the other candidates on the debate stage have had staff on the ground for more than a year — but Hart believes Bloomberg could have made a last-minute splash on the caucuses given the debate appearance.

“I think his performance could impact voters here and nationally,” Hart said. “We get to see him as a candidate — not a commercial.”

Hart said the other candidates are likely looking to pounce on Bloomberg from the moment he enters the Paris Las Vegas. Given that most debates have featured questions with a local appeal, Bloomberg is likely reading up on Nevada.

“It will be really interesting to see how he takes a punch during the debate and whether he is well-schooled on local issues,” Hart said. “Like Yucca Mountain. I haven’t heard him talk about that, and someone will probably call him on it.”