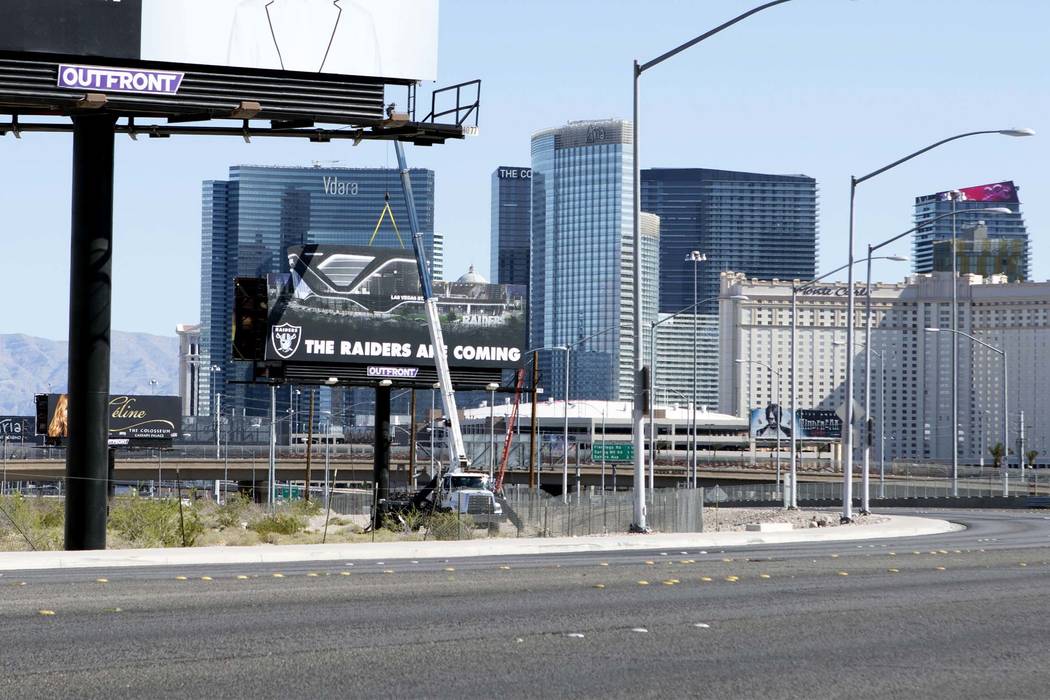 There are no immediate plans to accelerate those freeway projects, with construction currently scheduled to coincide with the Raiders’ targeted move-in date in 2020.

“We’ll just be watchful and anticipate that we’re going to be working on our projects as soon we can after getting environmental clearance,” Malfabon told NDOT’s board of directors.

Malfabon had previously said that it could take about two years to complete environmental studies for a reconfiguration of the Tropicana Avenue interchange at I-15. A separate project calls for building direct-access ramps that would connect a new carpool lane on I-15 to Harmon and Hacienda avenues.

NDOT is leaning toward selling bonds to fund those projects, then repaying investors with money generated by a fuel revenue index tax approved by Clark County voters last November, Malfabon said. The tax is projected to generate about $3 billion over the next decade to help pay for nearly 200 transportation projects across the county.

The NDOT board could consider the bonding plan sometime this summer, pending approval of the agency’s two-year spending plan.

The Las Vegas Stadium Authority on Monday issued a preliminary project timeline that shows a 30-month construction period beginning in January, but additional work must be completed.

Last month, Clark County Commission Chairman Steve Sisolak said he would “implore” local transportation agencies to accelerate previously planned improvements, adding that the Raiders would pay a share of costs for projects specific to the stadium.

Additionally, the Raiders had not yet requested a height-requirement review with the Federal Aviation Administration as of Monday afternoon, FAA spokesman Ian Gregor said. Due to the site’s proximity to McCarran International Airport, the report could uncover potential problems related to height, lighting and post-game fireworks at the stadium.