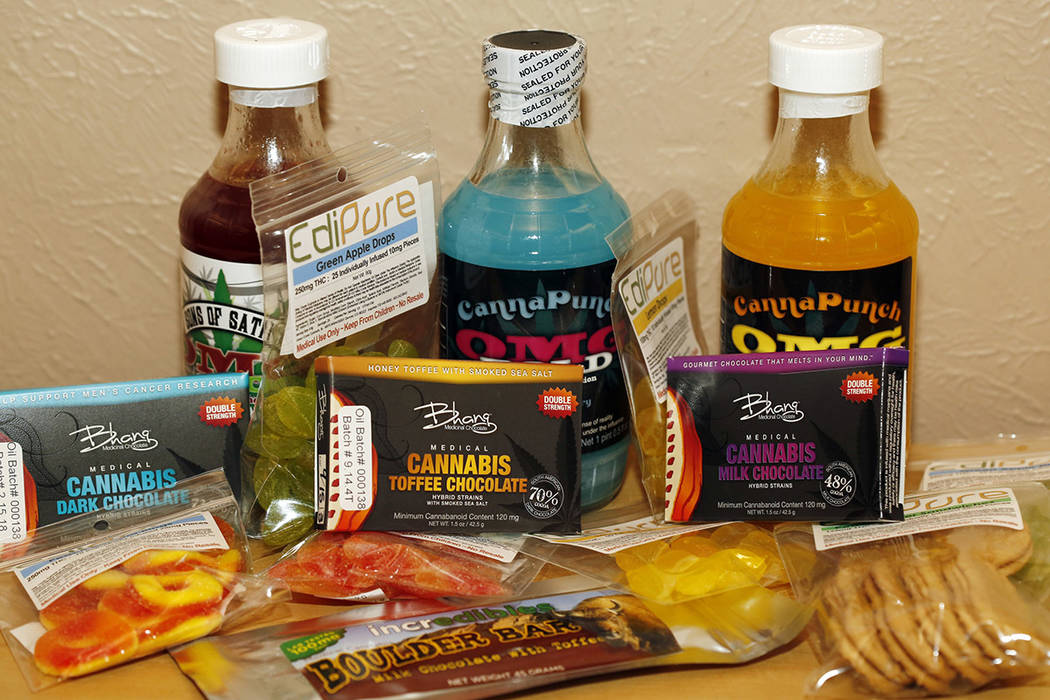 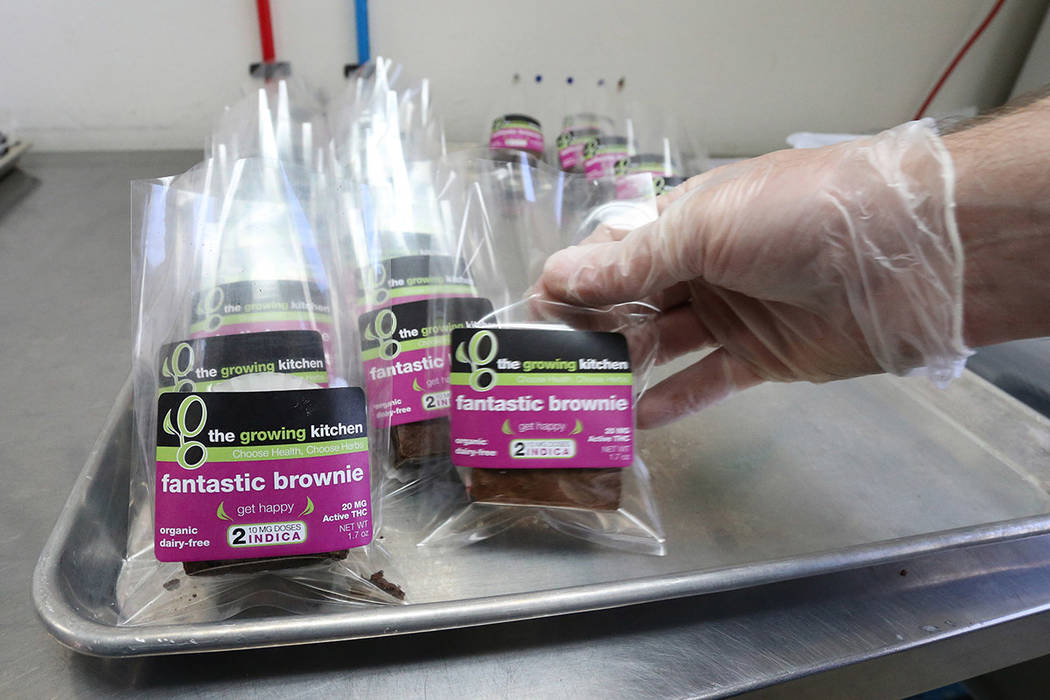 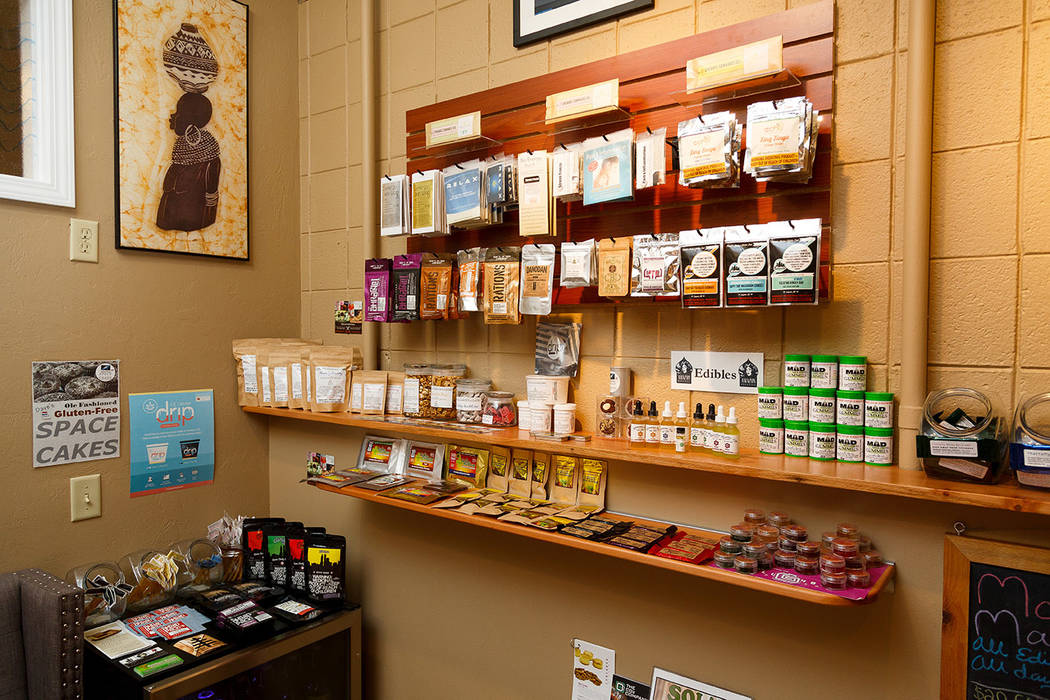 Different types of edibles are seen on display at Amazon Organics, a pot dispensary in Eugene, Ore., on Monday, Sept. 28, 2015. (AP Photo/Ryan Kang)

The biggest debate during Tuesday’s pot extravaganza at the Nevada Legislature revolved around brownies and gummy bears.

Under SB344, marijuana edibles could not look like an image of a cartoon character, balloon, fruit, mascot or toy and could not be packaged or labeled “in a manner which is modeled after a brand of products primarily consumed by or marketed to children.”

It also calls for sealing pot brownies and cookies in opaque packaging.

The goal, Farley said, is to make the products less attractive to children so as to mitigate the chances they go for their parents’ marijuana brownie or gummy.

Several medical marijuana patient advocates were critical of the bill. They said the added packaging and labeling restrictions would be too onerous on businesses. And some said the safety of the kids should be the parent’s responsibility.

“Some of these statements being made today are disgusting,” he said. “This is about greed over child safety. You’re not helping your case with a lot of members in this body.”

Farley said she expected several from the marijuana industry to oppose the packaging standards, but several testified in favor of the bill.

“I agree that we should ensure that our children are protected,” said Larry Smith, owner of G5 Cultivation in Las Vegas.

Many of the proposed regulations in Farley’s bill are now in practice, said Riana Durrett, executive director of the Nevada Dispensary Association, which represents 90 percent of the dispensaries in Southern Nevada.

“They don’t want to see marijuana marketed to children in any way, sense or form,” Durrett said.

Most dispensaries have stopped selling edibles that resemble mascots, fruits, animals or cartoon characters, she added.

“I personally called all members to make sure they didn’t have gummy bears on their shelves,” Durrett said.

No action was taken on the bill.