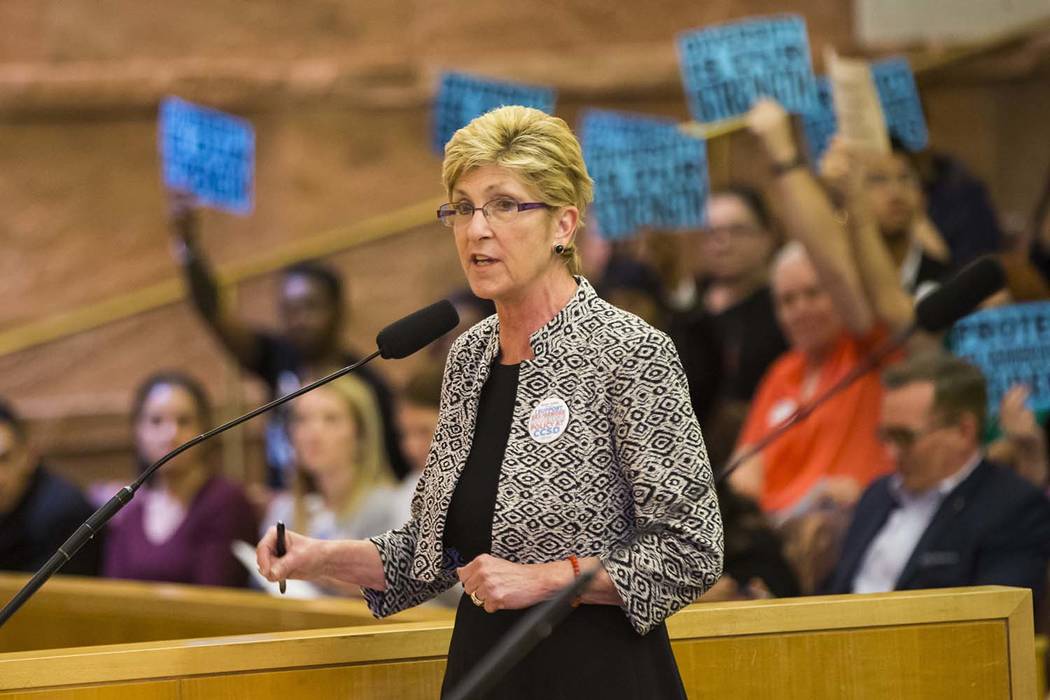 Clark County Commissioner Chris Giunchigliani speaks during public comment about an agenda item on whether or not to direct a gender-diverse policy for the school district during a Clark County School District Board of Trustees meeting at the County Government Center in Las Vegas on Thursday, March 22, 2018. Chase Stevens Las Vegas Review-Journal @csstevensphoto 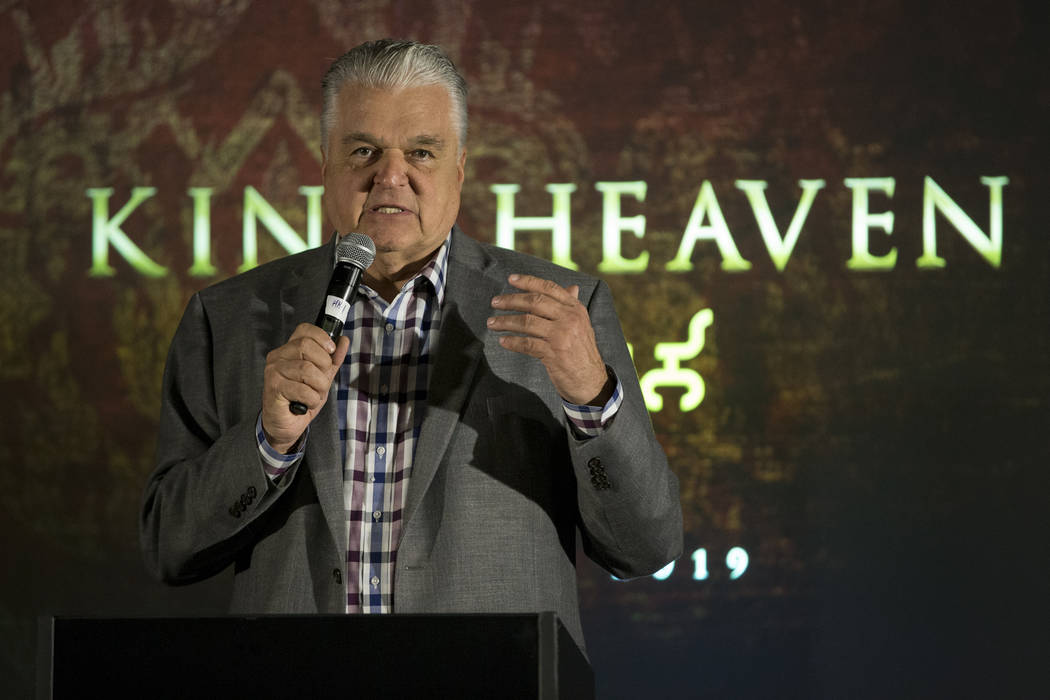 A new poll shows Chris Giunchigliani and Steve Sisolak in a statistical dead heat in the Democratic gubernatorial primary.

The poll comes from Expedition Strategies, and was paid for by the Giunchigliani campaign. It was conducted between March 17 and 19 and included responses from 600 “likely Democratic primary voters” in the June 12 primary.

When asked their pick would be, 31 percent responded that they would vote for Giunchigliani, while 27 percent said Sisolak. Eighteen percent said none of these candidates and 23 percent said they weren’t sure.

That difference between the two candidates falls within the poll’s margin of error of plus-or-minus 4 percent, creating a statistical tie.

Fresh off of withdrawing from the race for Nevada’s 3rd Congressional District, former Republican Assemblywoman Victoria Seaman announced that she was starting a political action committee aimed at electing conservative women to office.

Seaman withdrew from the race last week after Danny Tarkanian made a last-minute switch from challenging incumbent GOP Sen. Dean Heller to running for the open congressional seat — a move that was borne from a request from President Donald Trump.

“While I don’t agree with the President’s decision, I have always supported President Trump and his America First agenda. I know you all join me in my disappointment,” Seaman said in her announcement of the PAC, which is called the BattleBorn Conservative Woman PAC

The Asian Chamber of Commerce on Wednesday announced the formation of its own PAC, called the ACC-PAC.

“The ACC-PAC board will work to elect qualified candidates that will put service before self and will make prudent and timely public policy decisions in the best interest of Nevadans and additionally will support and promote Asian business and community interests,” said Ashok “Ash” Mirchandani, chairman of the new PAC.

“Asians are the fastest growing race in Nevada and we contribute significantly to the economic prosperity, social, and cultural diversity of our great State and therefore it is important for us, as community stakeholders to engage and be engaged,” Mirchandani added in a statement.