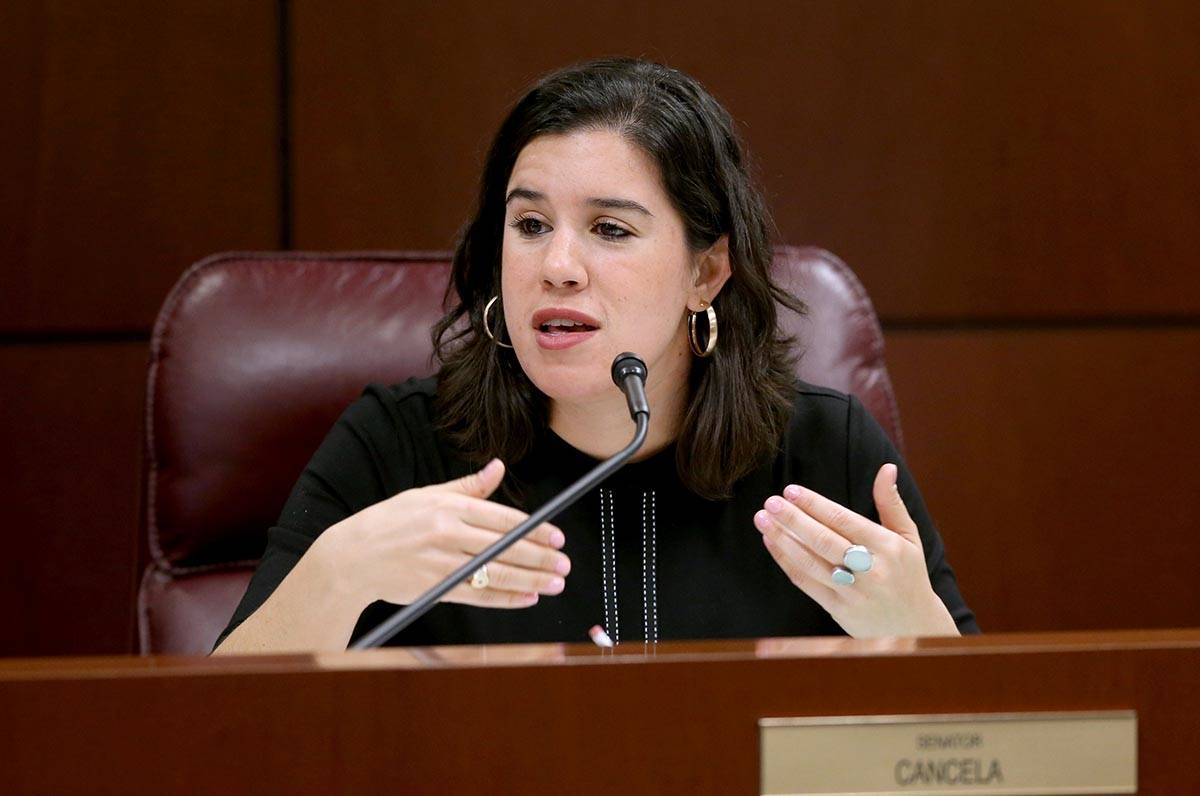 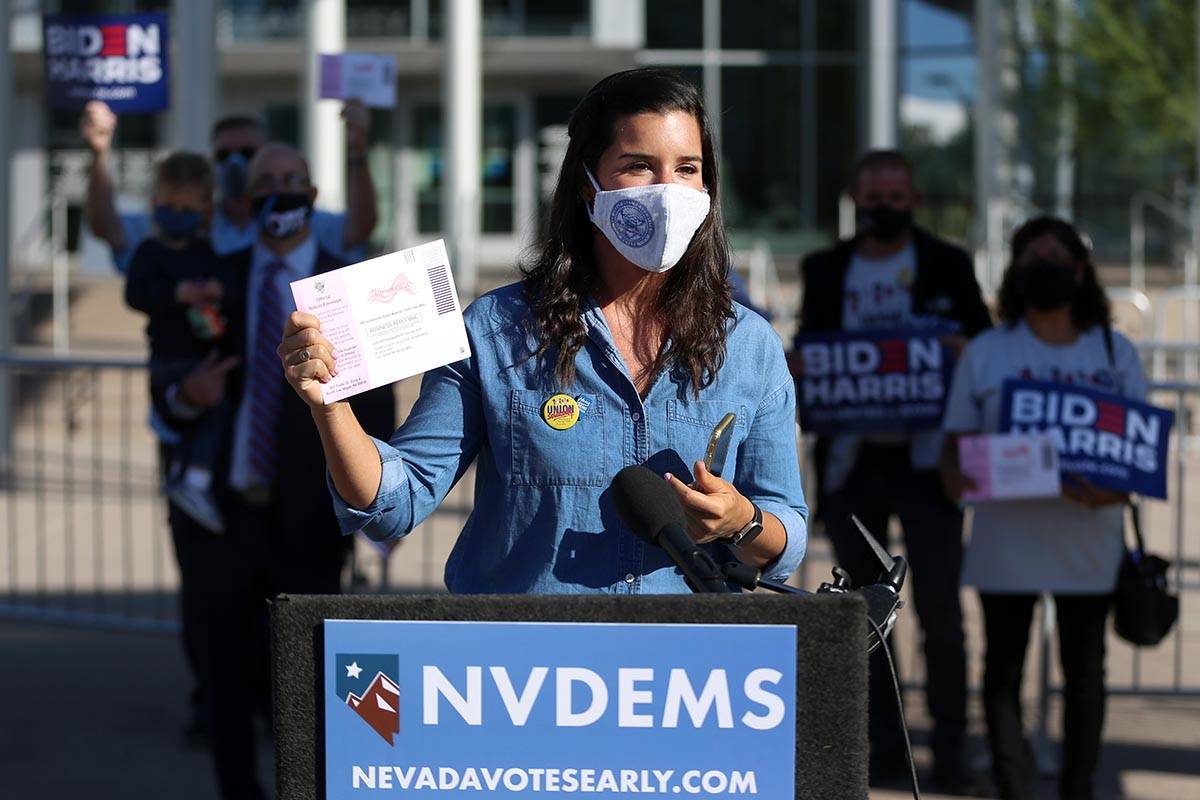 CARSON CITY — State Sen. Yvanna Cancela, the Las Vegas Democrat and a leading progressive voice in the Legislature, has resigned her seat to join the Biden administration, effective immediately.

Cancela was an early Biden supporter, and the move was widely anticipated.

In a letter to Gov. Steve Sisolak on Monday announcing her resignation, she said she would taking an unspecified post in the Department of Health and Human Services. Cancela has held the 10th District seat in Las Vegas since 2017.

“I did not make this decision lightly, especially considering the upcoming 2021 Legislative session, and the important work ahead. However, I could not turn down the opportunity to continue serving the Silver State, and our great nation,” she wrote to the governor. “I may have grown up in Florida, but I found my home and my heart in Nevada, and that will always be true. I look forward to continuing the work for our great state. While I may be leaving the Senate, I forever remain your ally in the fight for Nevada’s future.”

Cancela was appointed to the seat in late 2016, becoming the first Latina to serve in the Senate, following the election of Ruben Kihuen to Congress. She won election in her own right in 2018. In the 2019 session, she sponsored a bill requiring greater price transparency for asthma medications — similar to one she sponsored in 2017 on insulin — as well as a measure removing antiquated sections of the state’s abortion statutes.

A Florida native, she moved to Nevada in 2010 after interning for Sen. Harry Reid. She was political director for the influential Culinary Local 226 union for six years and has served as executive director of the Immigrant Workers Citizenship Project. She endorsed Joe Biden’s candidacy for president in April 2019 and was among 17 speakers who participated in the keynote address at the Democratic National Convention in August.

Sisolak, in a statement, said he was “incredibly sad” at her departure.

“I am so proud of Yvanna’s accomplishments thus far in her career and I am eager to follow her journey forward to the U.S. Department of Health and Human Services, where so many people will be able to benefit from her relentless dedication to public service and equity,” the governor said.

“Yvanna has always been a strong advocate for workers and for improving healthcare systems to serve those in need — including work to increase drug cost transparency. All of Nevada’s communities, including our immigrant communities, are stronger because of Yvanna’s steadfast commitment to breaking barriers and elevating voices that can often go unheard,” he added.

Senate Majority leader Nicole Cannizzaro, in a statement, said Cancela had “a long track record of fighting to bring down health care costs and prescription drug pricing. She will be sorely missed in our caucus, but we know she will be a huge asset to the administration as they work to combat the pandemic and make health care more affordable.”

Per statute, the Clark County Commission will appoint Cancela’s successor, who must be a registered Democrat and a resident of the district.

Clark County is accepting applications through Jan. 19 for anyone interested in replacing former state Sen. Yvanna Cancela in the Legislature.

The County Commission will now fill the vacancy created by her departure in state Senate District 10, with the eventual appointee serving the remainder of Cancela’s term through November 2022.

Eligible applicants must be a Democrat, like Cancela, and reside in the district, which serves about 129,000 people in a large swath of territory including the Strip and McCarran International Airport.

Interested parties for the seat should visit ClarkCountyNV.gov/SD10app for an application, and submit it to Kathleen Walpole by sending an email to Kathleen.Walpole@ClarkCountyNV.gov or by delivering it to the county manager’s office at the county government center, 500 S. Grand Central Parkway.

The deadline is noon Jan. 19. The commission is expected to appoint a new state senator on Feb. 2.