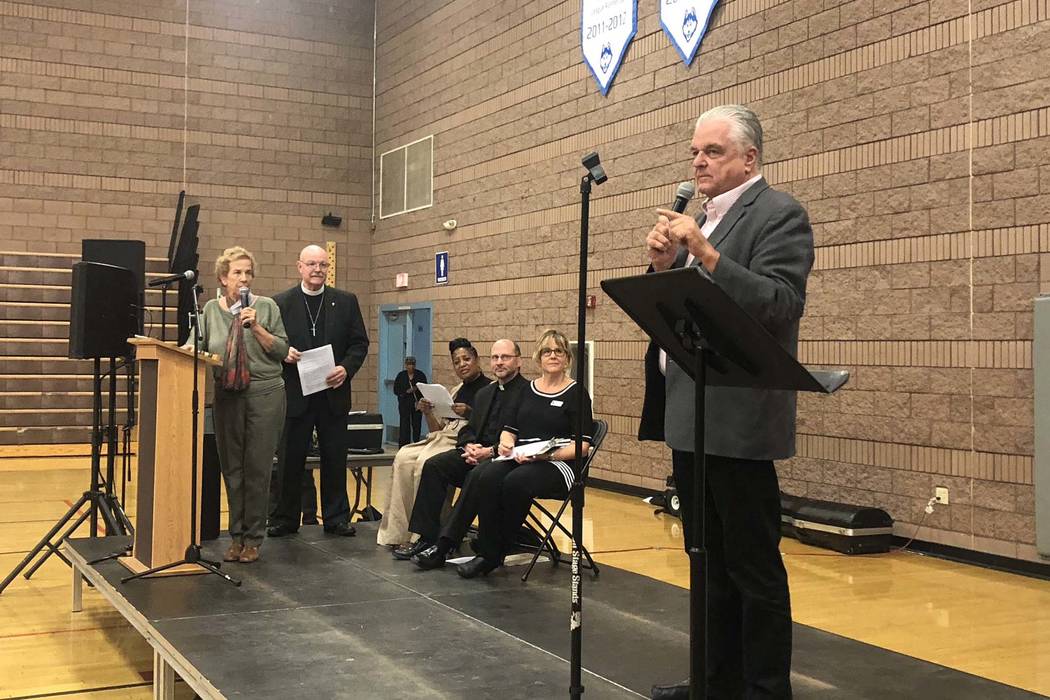 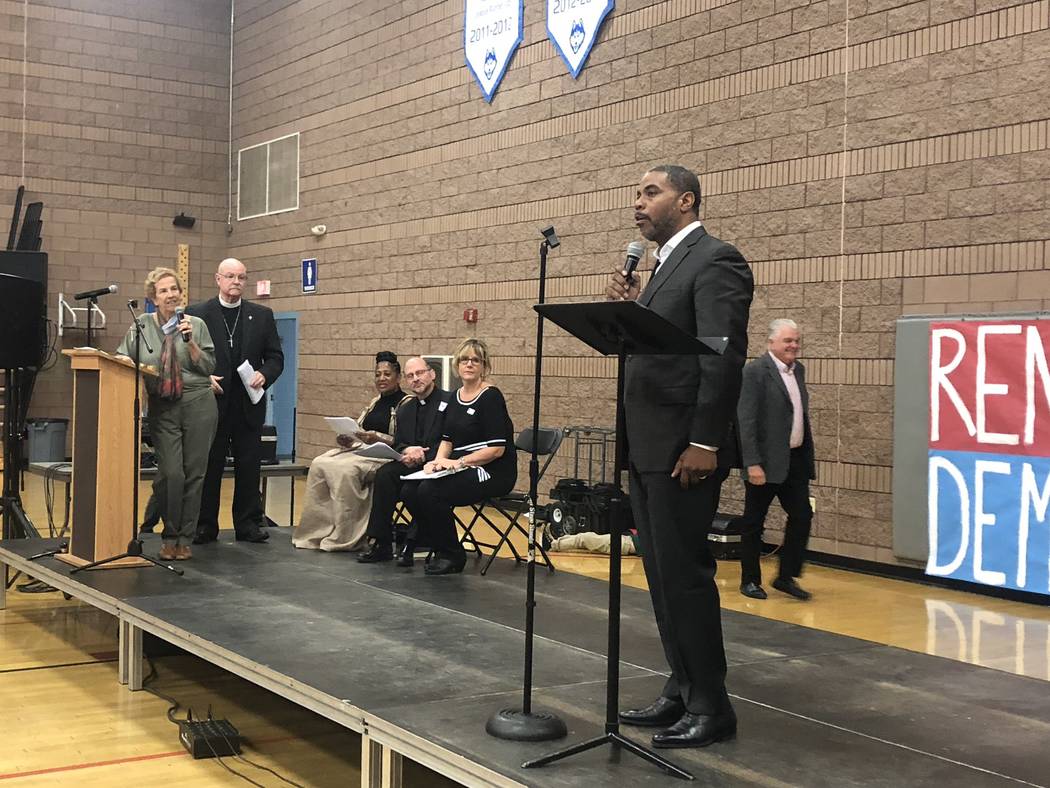 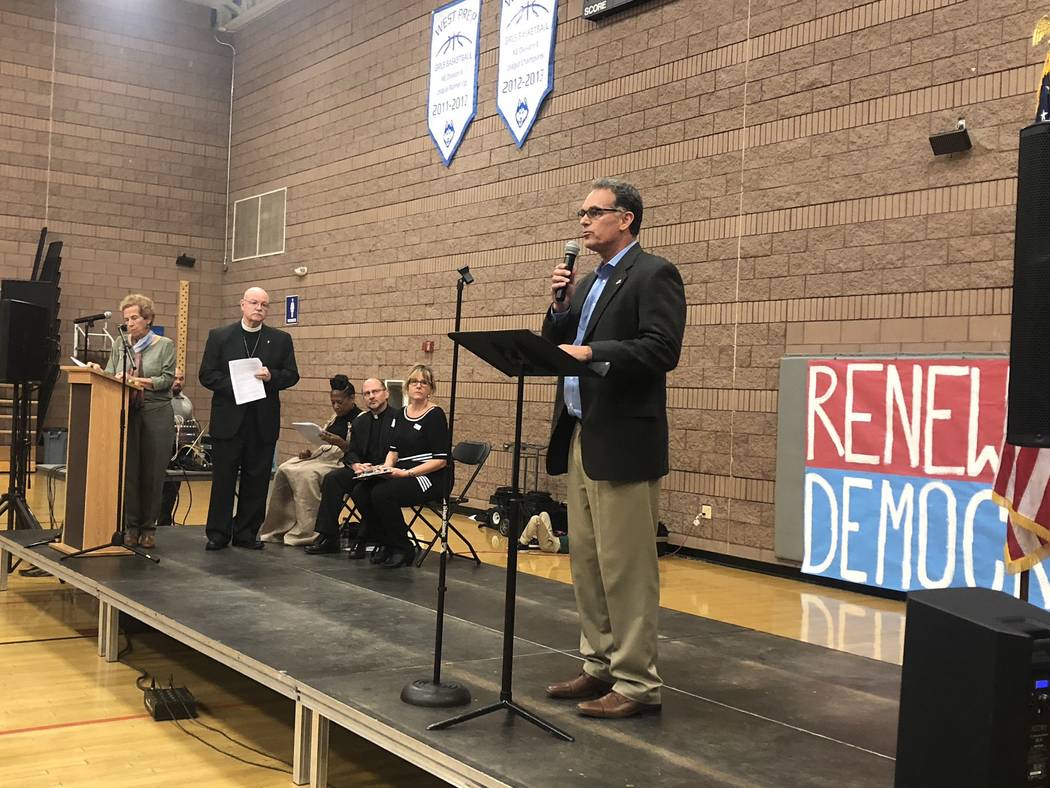 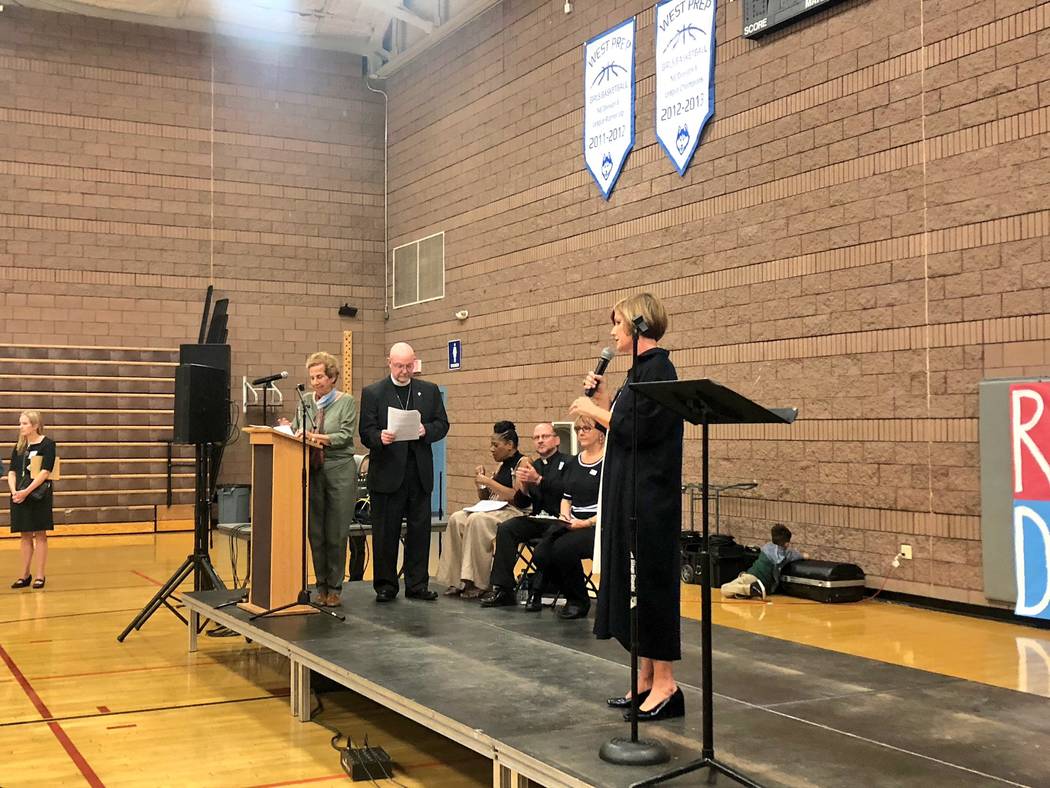 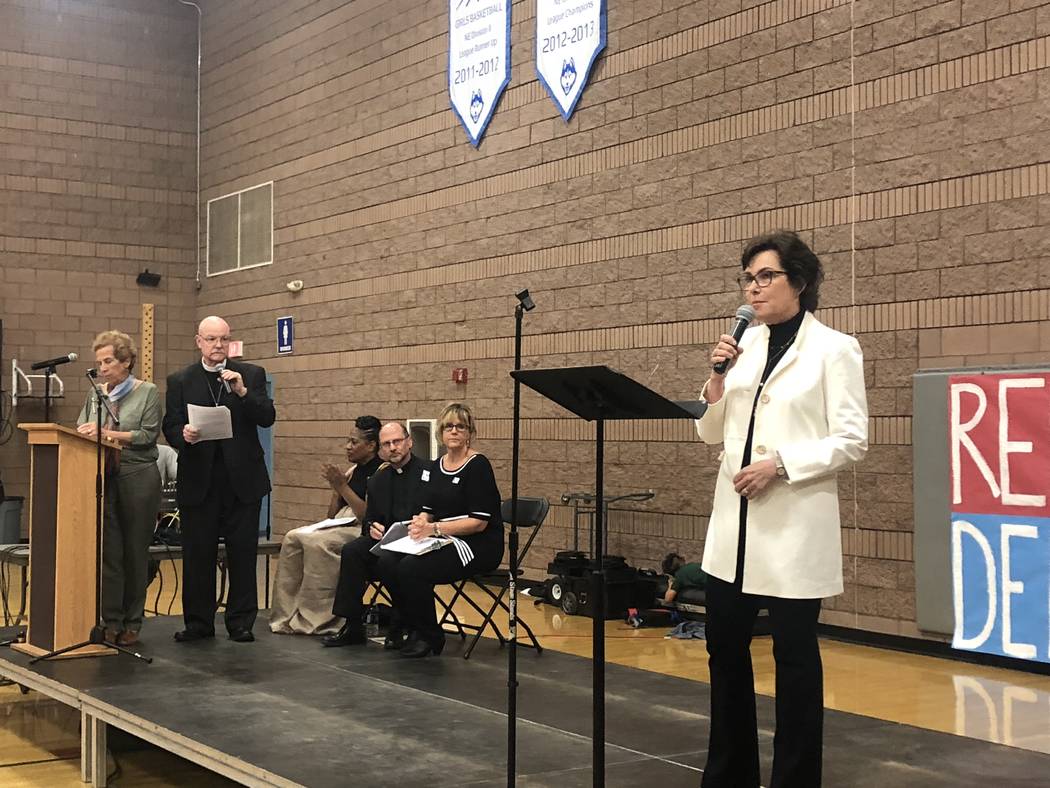 Sisolak, the Democratic gubernatorial nominee, told the crowd at the Nevadans for the Common Good forum that he had 12 events to attend earlier in the day, but he still showed up.

“I could have stayed away because I didn’t want to answer hard questions, but I didn’t do that,” Sisolak said to applause and cheers. “I came here to answer your questions, and I wish my opponent would have been here.”

Laxalt campaign spokesman Parker Briden said Laxalt couldn’t attend because he was at an event in Reno.

Nevadans for the Common Good, a bipartisan federation of 46 faith-based organizations and nonprofits, posed questions to nearly 20 candidates about issues such as immigration, education, health care, housing, transportation and payday lending.

Sisolak said he supports a tracking system to oversee payday lenders and vowed to maintain the Medicaid expansion, which has provided insurance to 200,000 Nevadans. One of them is Taj Ainlay, who told attendees that he was jobless at 57, had high blood pressure but no insurance until he qualified for Medicaid.

“For the first time in seven years, I could see a doctor,” said Ainlay, now 67.

Sisolak, a Clark County commissioner, promised to support $40 million in tax credits for affordable housing but revealed another idea.

“We have a tremendous amount of (Bureau of Land Management) land in Nevada,” he said. “We need to obtain some of that BLM land and use that to work with developers that will assure us that part of the developments they put on that land is affordable.”

Lee and Tarkanian might be on opposite ends of the political aisle, but voiced support for increasing funding for federally supported health centers and organizing a public hearing to shed light on delays in the immigration process.

Agatha Ramirez, 38, said it took her five months to become a U.S. citizen six years ago. It’s taking her brother-in-law 19 months to go through the process now.

Rosen said she also supports increased funding for health centers and a public hearing on delays in the immigration process. “Mississippi has more community health centers than we do?” Rosen asked. “We’re going to find a way to fix that when we get back to Congress, I can tell you that.”

The freshman congresswoman, who said her grandparents came to America in the “bottom of a ship,” committed to protecting TPS workers and Dreamers and adding more judges to tackle the backlog of 700,000 people waiting to get through the immigration process.