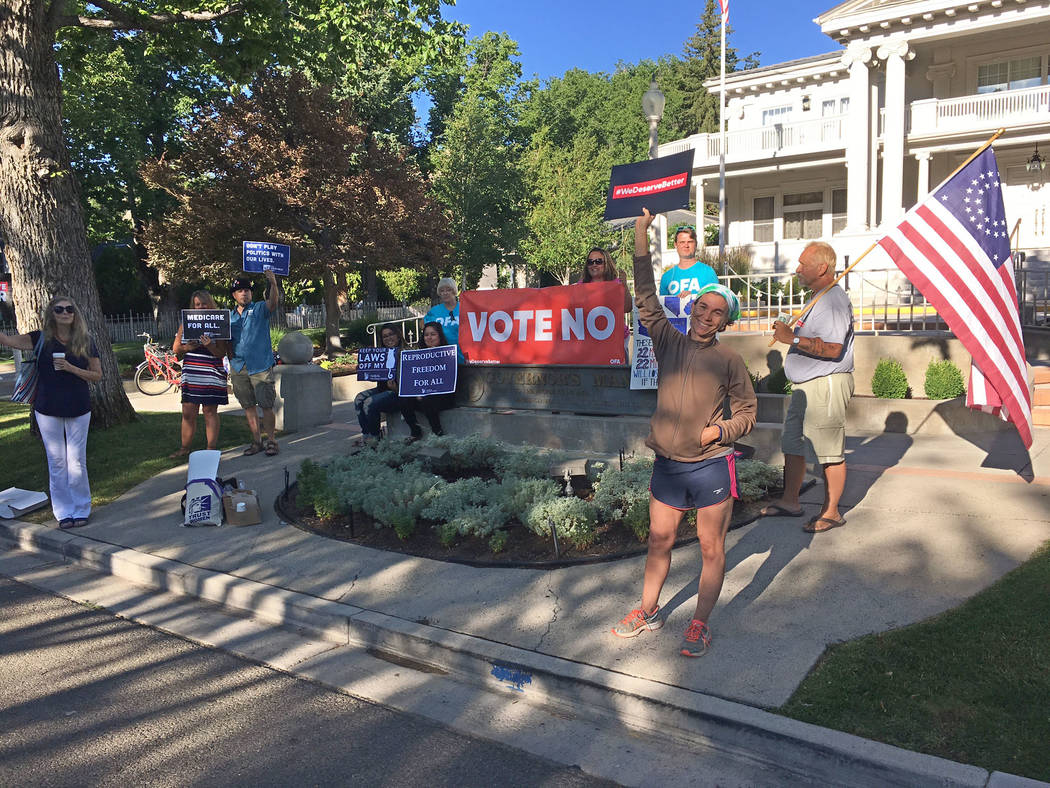 About a dozen people gathered outside the Governor’s Mansion in Carson City on Wednesday, July 26, 2017, to protest changes to Obamacare being considered in the U.S. Senate. Sean Whaley/Las Vegas Review-Journal

CARSON CITY — About a dozen northern Nevada residents rallied Wednesday in front of the governor’s mansion, saying they want Gov. Brian Sandoval not to waver in his support of maintaining Nevada’s Medicaid program.

The gathering coincided with votes in the U.S. Senate this week that could force Nevada to raise taxes or rollback its Medicaid coverage, expanded in 2013 under the Affordable Care Act.

Sandoval, who is on a trade mission in South America, was not at the mansion during the rally. But he continues to oppose the health care repeal and replace measures being considered in Congress until and if the more than 200,000 Nevadans on Medicaid under the Obamacare expansion are protected.

Natalie Hernandez with Battle Born Progress said she attended the event “to ask Gov. Sandoval to help save our health care and not kill thousands of Nevadans.”

While Sandoval has been supportive of protecting Medicaid, elected officials do change their minds, and Hernandez said she wants the governor to know Nevadans are watching him on the health care issue.

Heller said Tuesday he will not support a repeal and replace measure unless Nevadans under Medicaid remain protected.