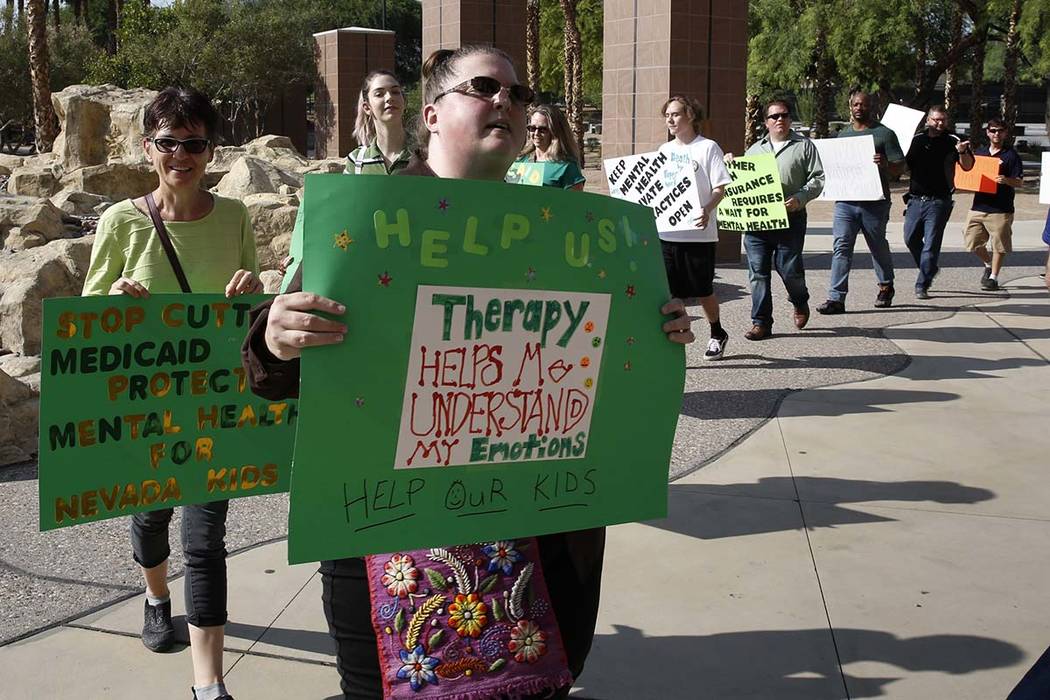 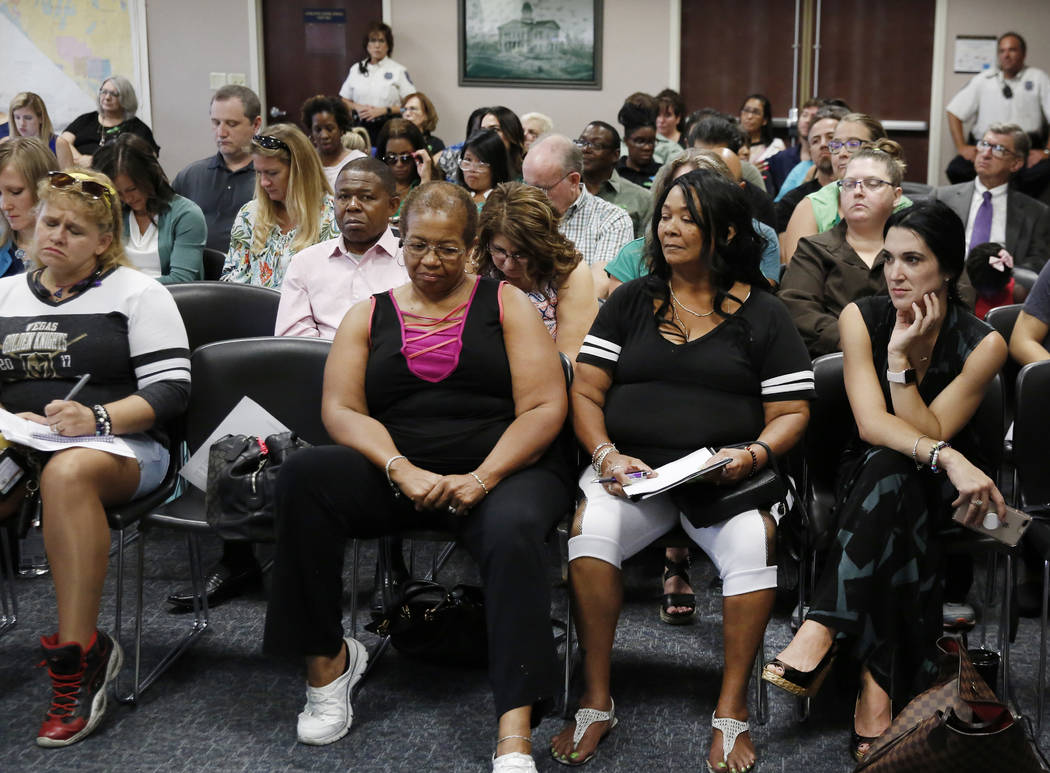 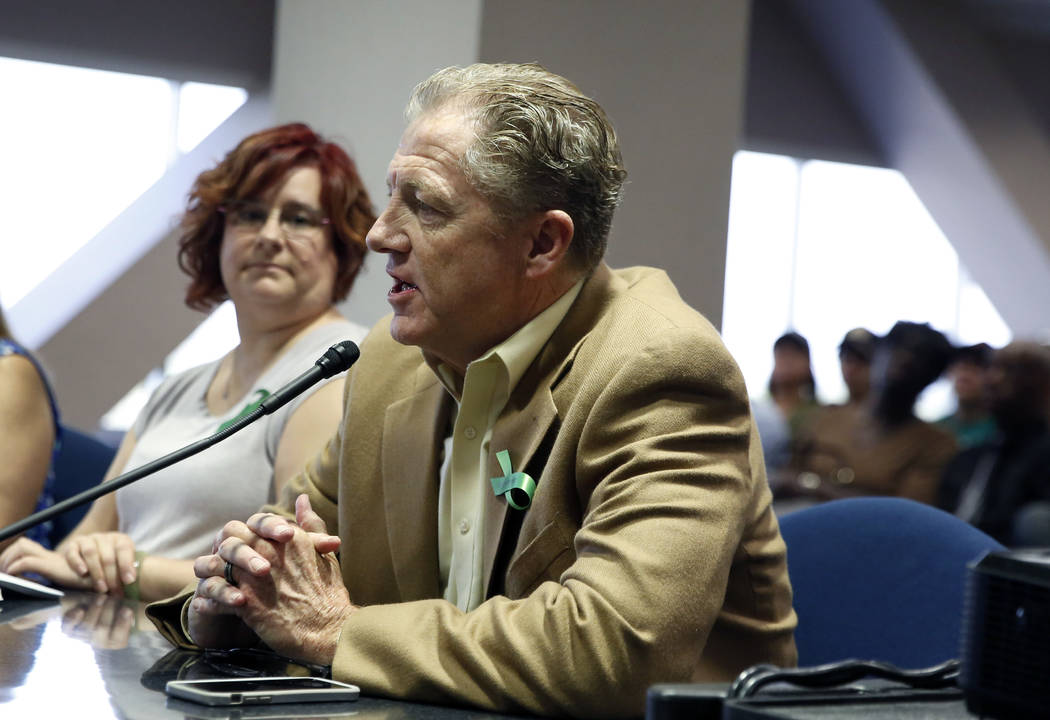 State Medicaid officials said Tuesday they will ease restrictions on payments for mental health services in the face of widespread concerns about how a new rule would affect some vulnerable Nevada residents.

But critics of the “very restrictive” new policy aimed at curbing Medicaid fraud say it still could delay or deny care to low-income Nevadans in their time of greatest need.

Fee-for-service Medicaid providers, who serve about 162,500 Nevadans on Medicaid, will now have five pre-approved sessions with a client — instead of the three previously proposed — before being required to submit a prior authorization form, Medicaid administrator Marta Jensen said at a public meeting.

The new rule, which was to have taken effect Wednesday, has been delayed until Oct. 1, she said.

Psychologist Adrianna Wechsler Zimring, past president of the Nevada Psychological Association, thanked the state for working with providers on the changes.

But she, other providers, parents and patients remained concerned that the cap on psychotherapy and neurotherapy could result in delayed or denied care.

Jill Craig choked back tears as she read a statement about her three adopted children — ages 10, 8 and 4 — who are above average academically but “emotionally very fragile.”

“Now, I’m finding Medicaid doesn’t have our backs,” said Craig, who quit her job in environmental compliance three years ago to focus on parenting and turned to Medicaid when her husband’s teaching salary couldn’t cover the necessary therapy. “I want policymakers to realize that when you reduce access to mental health, you are destroying a whole balance of a family.”

Craig joined a couple of dozen protesters outside the Grant Sawyer State Office Building in Las Vegas before the public hearing, which drew a packed house.

Among the attendees was Gaby Cruz, a therapist who owns Serenity Mental Health, a counseling service with three Nevada locations, a staff of 80 and 1,500 clients, almost all of whom are on Medicaid.

She said she’s had to hire four additional administrative staff members to help deal with the added paperwork required for the prior authorizations and has had to draw from her personal savings to pay salaries.

“Literally every single solitary Wednesday when I do payroll, I don’t know if I’m going to be open the following Wednesday. It’s that bad,” Cruz said.

The American Psychological Association, in an emailed statement, said commercial health plans generally impose prior authorizations for psychotherapy after more than five sessions and called even the relaxed rule in Nevada “very restrictive.”

“Prior authorization requirements like this interfere with the therapist-patient relationship, cost the insurer time and money to perform, and often result in patients being discouraged from further treatment, or being denied further treatment, for no good reason,” said Brad Steinbrecher, the group’s legal and regulatory affairs director.

The prior authorization rule is an attempt by Medicaid to curb fraudulent billing. An October 2017 audit highlighted the problem, finding that the state had improperly paid up to $8.8 million in fiscal year 2016 for behavioral health outpatient services.

Wechsler Zimring said she’d like to see evidence that the change will help curb fraud and won’t create barriers to care.

Jensen, the state Medicaid administrator, said her staffers “really want to work with you, because the services that you provide are absolutely necessary. I just have to make sure we’re doing it in an efficient and effective manner.”

She added that the state will create a working group of mental health professionals to examine Medicaid processes related to mental health reimbursement in search of improvements.

Until then, Jer Roberson-Strange, a therapist at Catch 22 Life Services, suggested Medicaid reduce the administrative burden on professionals by paring down the prior authorization form to one page. Jake Wiskerchen, president of the State of Nevada Board of Examiners for Marriage and Family Therapists and Clinical Professional Counselors, agreed that such a change would give providers more time to work hands-on with the community.