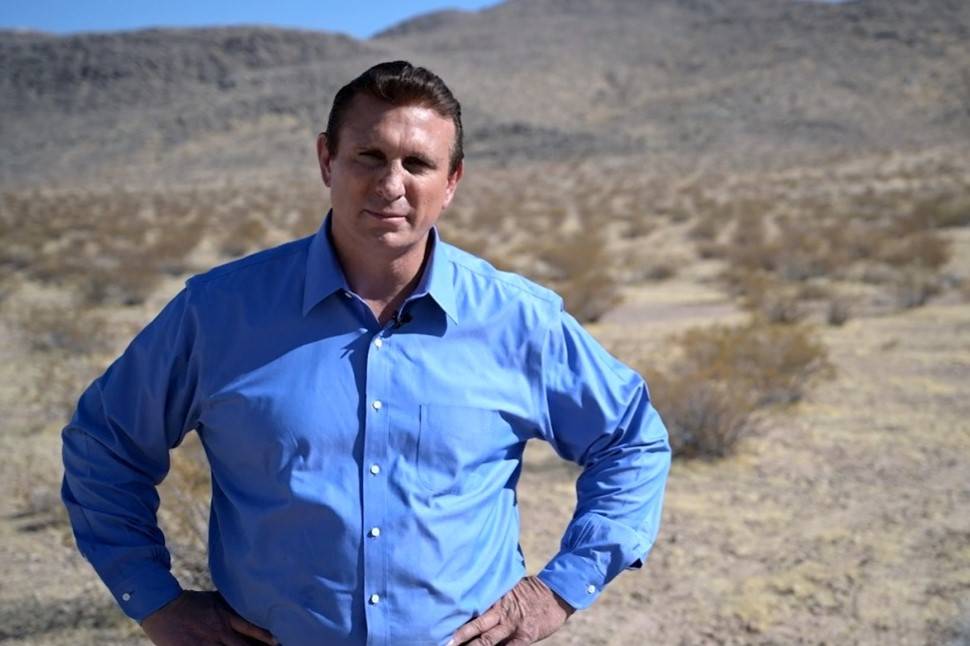 Henderson contractor John Kovacs has announced a bid for the Republican primary in Nevada’s 3rd Congressional District, telling the Review-Journal in an interview this week that his business and engineering background uniquely qualify him for a spot representing the southern tip of the state in Washington, D.C.

“How many other candidates are running multimillion-dollar businesses with collective bargaining agreements and paying into health care for more than 50 employees? None of them,” Kovacs said. “One day I’m an accountant, the next a lawyer, then an engineer… the other candidates have no concept of this stuff. People are going to see this once we start talking about the issues.”

Becker has already raised nearly $395,000 with a year to go until the primary, and Robertson took in about $174,000 as of June 30. Kovacs and Malgeri have only just begun fundraising. A fifth candidate, Reinier Prijten, filed for the race but has since dropped out.

Kovacs, 55, owns Silver State Construction and NVNJ Construction Group in Nevada, as well as Diamond Construction in New Jersey, where he is originally from. He moved to Nevada in 2015 and is a civil engineer by trade, having graduated from The Citadel in South Carolina.

Kovacs announced his candidacy earlier this month through a launch ad, which focuses on “American exceptionalism” and various complaints against the Left, and his website also devotes sections to key conservative talking points such as election integrity, the Second Amendment and critical race theory.

However, in his interview, Kovacs swept away those issues as he discussed what he described as a major Nevada problem that other candidates are not addressing: Water scarcity.

“It’s not as sexy as the election fraud or critical race theory or the Second Amendment, but if this area didn’t have water, it’d be a ghost town,” Kovacs said.

He said the Las Vegas Valley is currently expanding at a rate that is not sustainable, and the country needs to embark on a plan to store and move rainwater, recharge aquifers and reduce water use. Kovacs, a construction contractor and engineer, even suggested a moratorium on local building projects until local reservoirs can be refilled.

Biden won, but misstepped on pipeline

Unlike the state’s Republican Party and some fellow members of it, Kovacs maintained that President Joe Biden defeated former President Donald Trump in the 2020 election.

“I gave Biden a chance, but then like on his second day he killed the Keystone Pipeline,” he said. “And I know what those jobs pay on the construction and engineering side.”

He praised the country’s “energy independence” under Trump and also criticized Biden and Lee for the country’s handling of the United States/Mexico border.

The Democratic Congressional Campaign Committee released a statement Thursday on the Republican field for the 3rd District, a focus for both national parties, calling it a “damaging race to the Right.”

“As extremist candidates scramble to align themselves with the most far-right fringes of their party, Congresswoman Susie Lee is focused on getting Nevadans back to work and ensuring a strong economic recovery for southern Nevada,” spokeswoman Johanna Warshaw said.