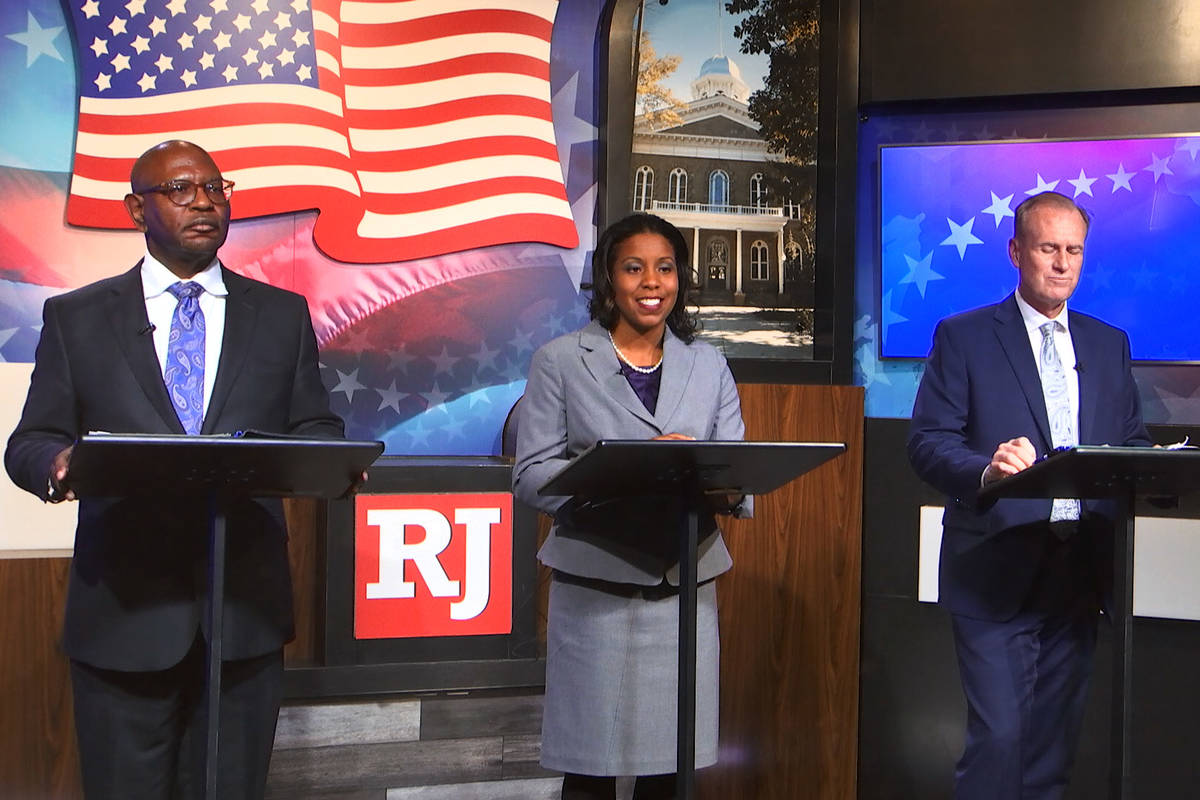 A series of judicial primary debates conducted by the Las Vegas Review-Journal will air Wednesday and Saturday nights on Cox as part of a video partnership between the media companies.

With more than 70 candidates in 23 judicial races on the primary ballot this year, the Review-Journal has launched the series of video debates to help Clark County voters make informed choices.

The first four debates took place inside the newspaper’s television studio. But with the coronavirus outbreak, along with stay-at-home directives from Gov. Steve Sisolak, candidates are scheduled to discuss their campaigns via videoconference through April.

“With in-person campaign events and opportunities to meet candidates canceled in light of the COVID-19 pandemic, the Las Vegas Review-Journal is providing voters the chance to hear directly from local judicial candidates,” said Cox Vice President and Market Leader Michael Bolognini. “We’re proud to provide the RJ’s content to voters in Southern Nevada via our YurView community channel 14.”

Each 30-minute debate, which also can be found at www.reviewjournal.com/judicial-debates/, includes opening and closing statements from the candidates, along with responses to questions asked by Review-Journal moderators.

The Review-Journal has invited all the candidates on the June 9 primary ballot to debate their opponents. All judicial races are nonpartisan.

The June 9 primary election will be conducted by mail to prevent the spread of the new coronavirus. Active registered voters will be mailed absentee ballots automatically, without making a request. Voters may mail completed ballots in postage-paid envelopes or drop them off at designated locations.

Review-Journal Executive Editor Glenn Cook said the debate series, like last year’s Judging the Judges survey, is a public service to voters. Judicial races are among the hardest campaigns for voters to research, Cook said, because of a lack of information on lawyers’ careers and rules governing judicial campaigns. Coronavirus restrictions have made it even harder for voters to meet or interact with candidates.

“Voters will need all the information they can get on these races,” Cook said, “and what better way to learn about judicial candidates than to have them make their case in a debate. These positions hold great power, and some of these primary candidates will win their races outright in June.”

If a candidate wins more than 50 percent of the June vote, the candidate will win the election. In primary races where no candidate captures a majority of votes cast, the top two finishers advance to November’s general election.

Races with only two candidates automatically advance to the November general election and are not listed on the primary ballot.