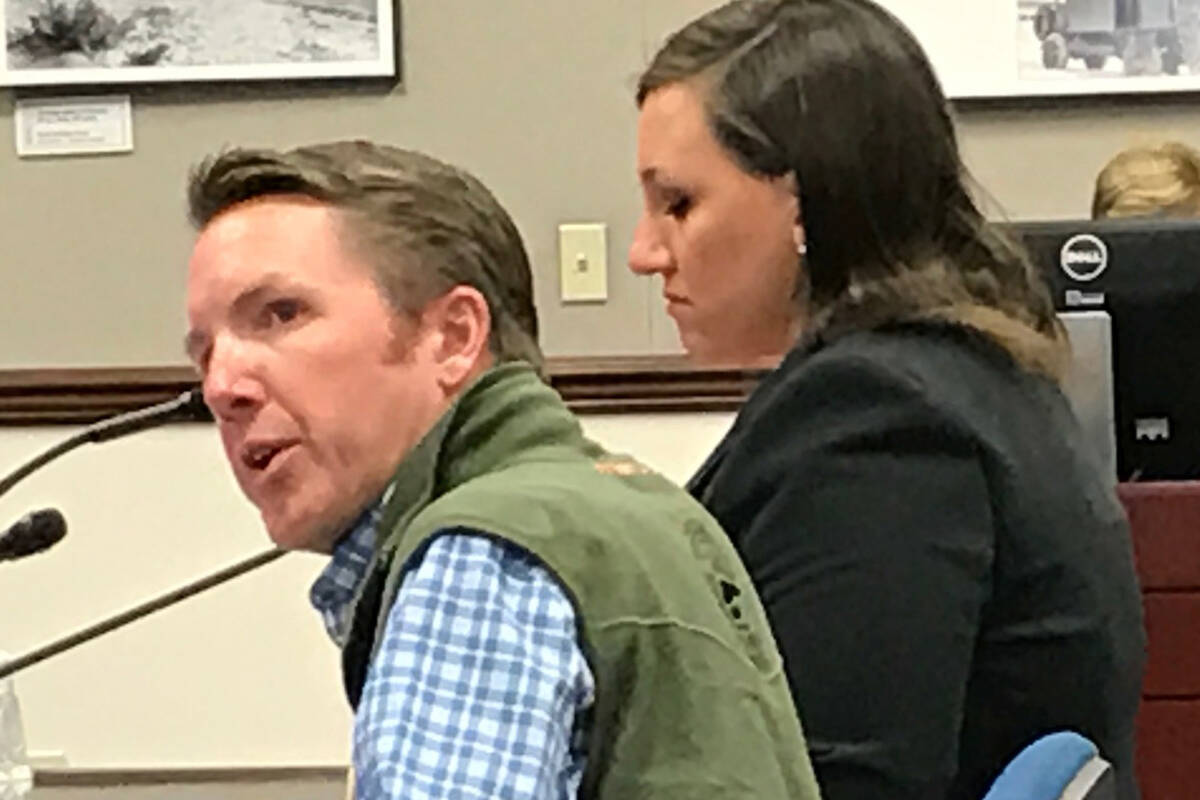 David Bobzien, left, shown in 2017 with Sen. Nicole Cannizzaro, D-Las Vegas, announced on Wednesday, Dec. 7, 2022, that he would be resigning as director of the Governor’s Office of Energy, effective Jan. 2. (Las Vegas Review-Journal/File)

David Bobzien, director of the Governor’s Office of Energy, announced on Wednesday that he would be resigning, effective Jan. 2.

“I am so proud of everything GOE has accomplished under Gov. Steve Sisolak’s administration,” Bobzien said in a statement. “This position and leading the team at GOE to advance clean energy in the Silver State has been an honor and a highlight of my career.”

During his tenure, Bobzien oversaw the addition of 2,250 megawatts to Nevada’s renewable energy capacity and an associated investment of $3.1 billion, according to a news release. He also provided energy policy guidance and prepared the office for energy-related funding from the Infrastructure Investment & Jobs Act and the Inflation Reduction Act.

Before Bobzien was appointed to lead GOE in 2019, he served on the Reno City Council and prior to that, he served four terms as an assemblyman representing District 24.

“Dir. Bobzien has been a dedicated advisor and public servant in our state’s pursuit of climate action and furthering our clean energy economy,” Sisolak tweeted. “Nevada is consistently recognized as a leader in solar and geothermal energy production and energy efficiency, and I will be forever grateful to all @davidbobzien has helped us achieve. It’s been an honor to serve alongside you.”

Earlier this week Michael Brown, executive director of the Governor’s Office of Economic Development, also announced he would be resigning at the start of 2023.