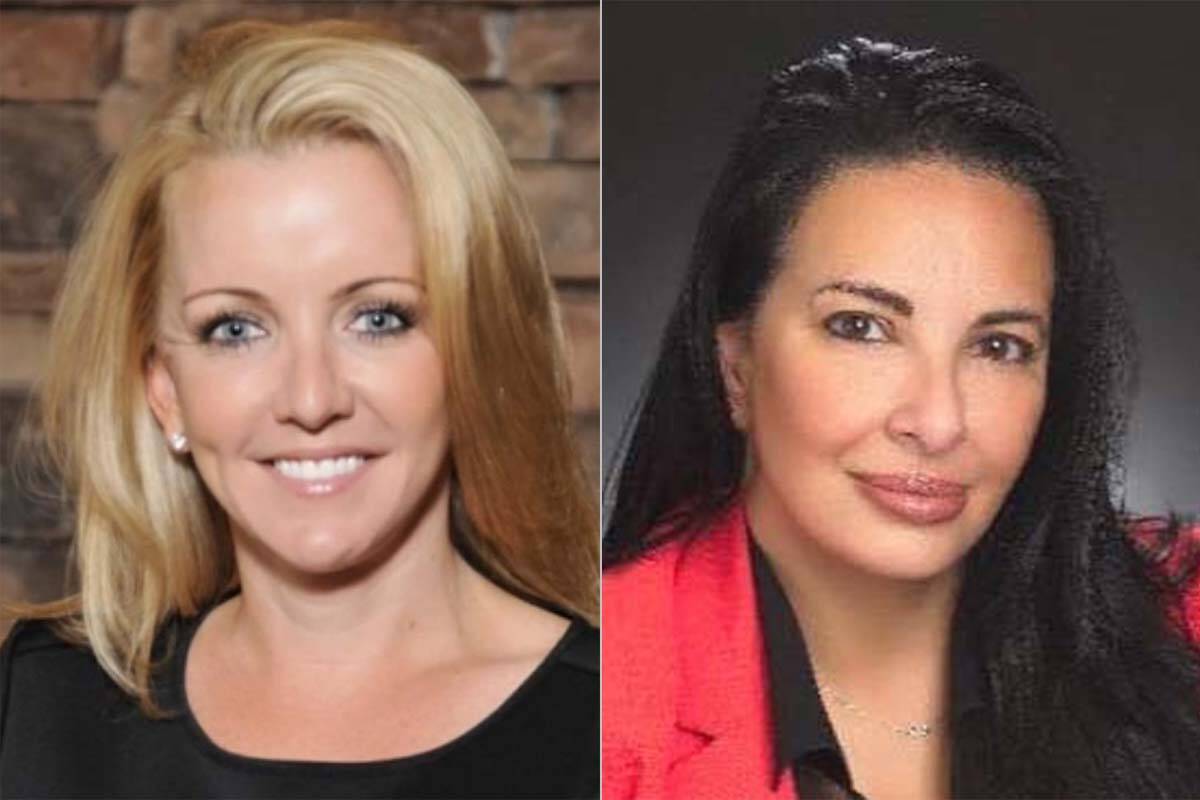 The Republican primary for Nevada attorney general pits one Las Vegas attorney who challenged COVID-19 restrictions against another prominent in cannabis and business law.

Defense attorney Sigal Chattah said “unconstitutional mandates that the attorney general failed to protect Nevadans from” prompted her to enter the race. Chattah filed half a dozen lawsuits challenging pandemic restrictions including the closure of churches and of the legislative building to the public.

Business attorney Tisha Black said she was “tired of unnecessary regulations on business” following the 2021 legislative session that was “probably the worst session that we’ve ever had for small business.” It included a bill from the attorney general’s office requiring more oversight, taxation and regulation of business, she said.

The winner of the Republican primary will face the incumbent, Democrat Aaron Ford, in the general election.

A Lyon County judge has disqualified Stuart Mackie of Fernley from the Democratic primary based on a new requirement that a candidate be a member of the State Bar of Nevada. Mackie is not. The requirement was not in effect four years ago when Ford defeated Mackie in the primary.

Both Black and Chattah criticized Ford as soft on crime as the “top cop” and prosecutor for the state.

Black, who ran unsuccessfully for the Clark County Commission in 2018, said a top priority would be criminal reform. She criticized the tenfold increase in the amount of drugs necessary to trigger a drug trafficking charge, and the failure to “distinguish between fentanyl and black market cannabis,” the former often lethal. She also criticized bail reform and what she views as leniency toward organized retail crime.

“I want to support Nevada’s citizens and the victims of crime, not the perpetrators,” said Black, 50, a native Las Vegan and managing partner of her law firm.

Specializing in real estate, business and cannabis law, she was a founding member of the Nevada Dispensary Association and serves as compliance and regulatory director for licensed marijuana establishments.

A top priority for Chattah is protecting citizens’ constitutional rights. She criticized Gov. Steve Sisolak’s administration for shuttering what it deemed non-essential versus essential businesses early in the pandemic, “closing down places of worship while allowing bars, restaurants and casinos to stay open.”

A lawsuit filed by Chattah against Sisolak and Ford prevailed in the 9th Circuit U.S. Court of Appeals, allowing places of worship in Nevada to have the same capacity limits as other businesses.

“As a defense attorney, I know how to ensure public safety while not violating constitutional rights,” said Chattah, 47, who was born in Israel and came to Las Vegas as a teen.

Chattah drew criticism in February when a former ally leaked a text in which she said that Ford should be “hanging from a (expletive) crane” for what she saw as a betrayal of his constituency. She said the tongue-in-cheek comment was not racist – Ford is Black – but evoked a Middle Eastern expression from her Israeli background.

The two candidates debated May 5 on the “Nevada Newspapers” interview program, where Black criticized Chattah for her criminal defense work, and Chattah criticized Black for her past support of Democratic candidates for office.

The winner of the Republican primary also will face Libertarian John Kennedy in the general election.