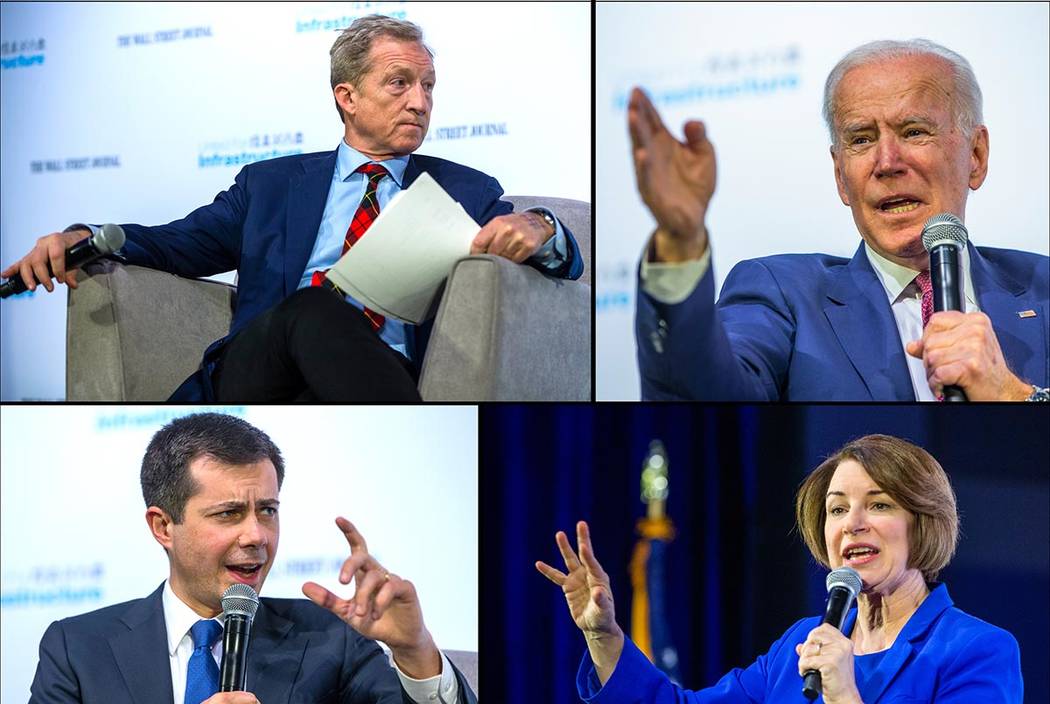 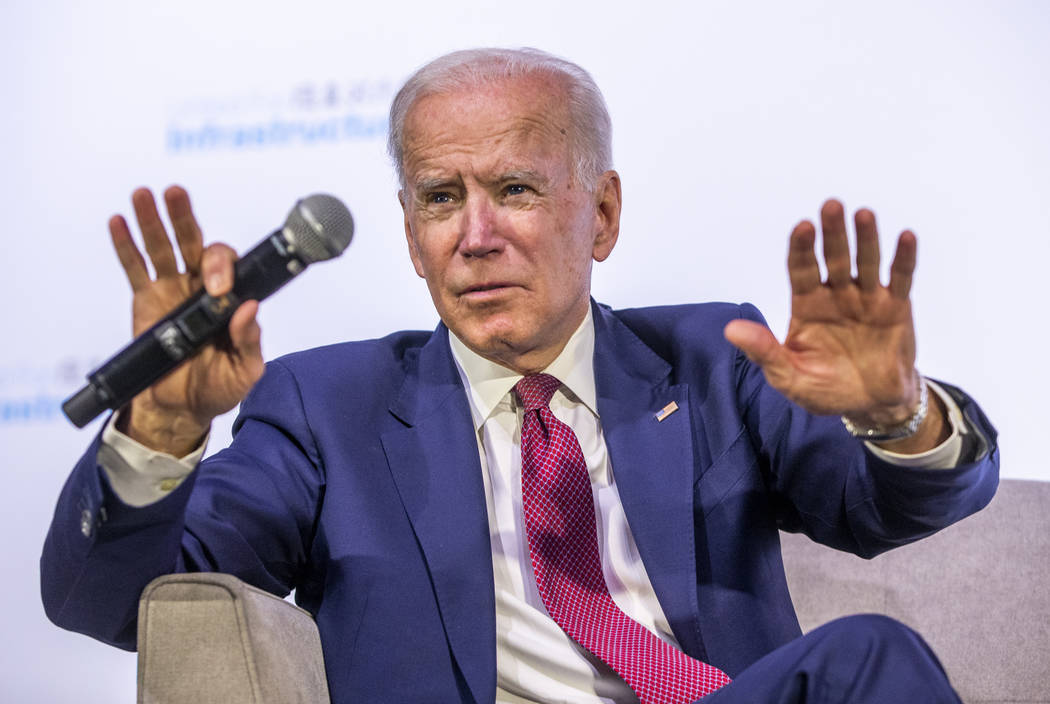 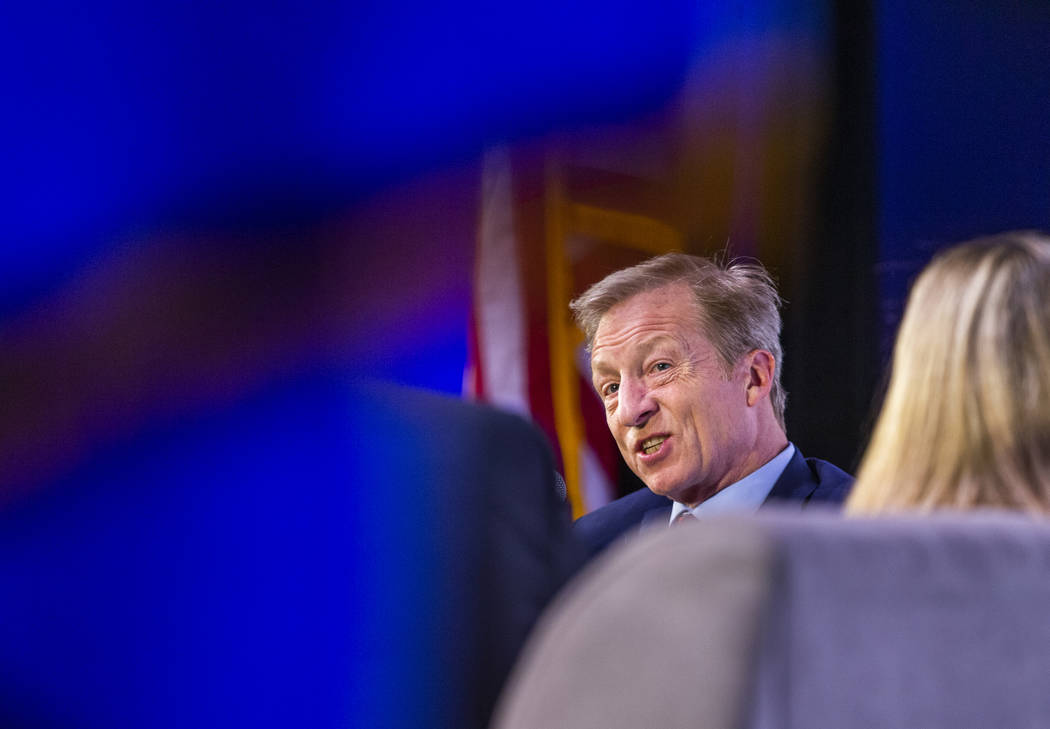 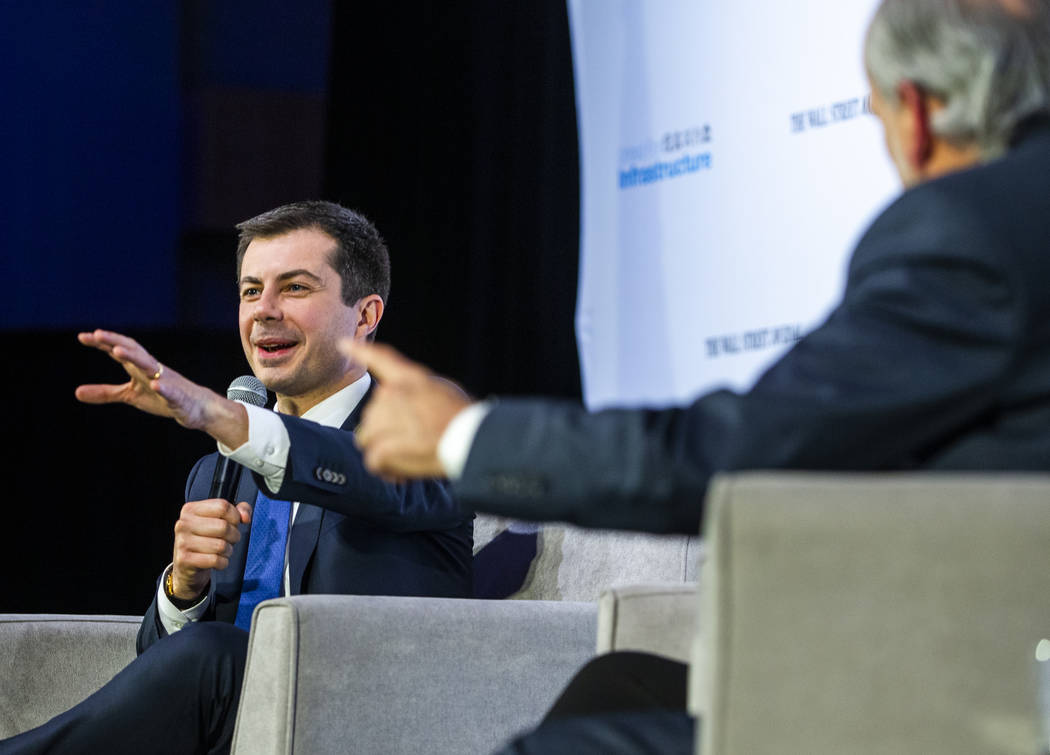 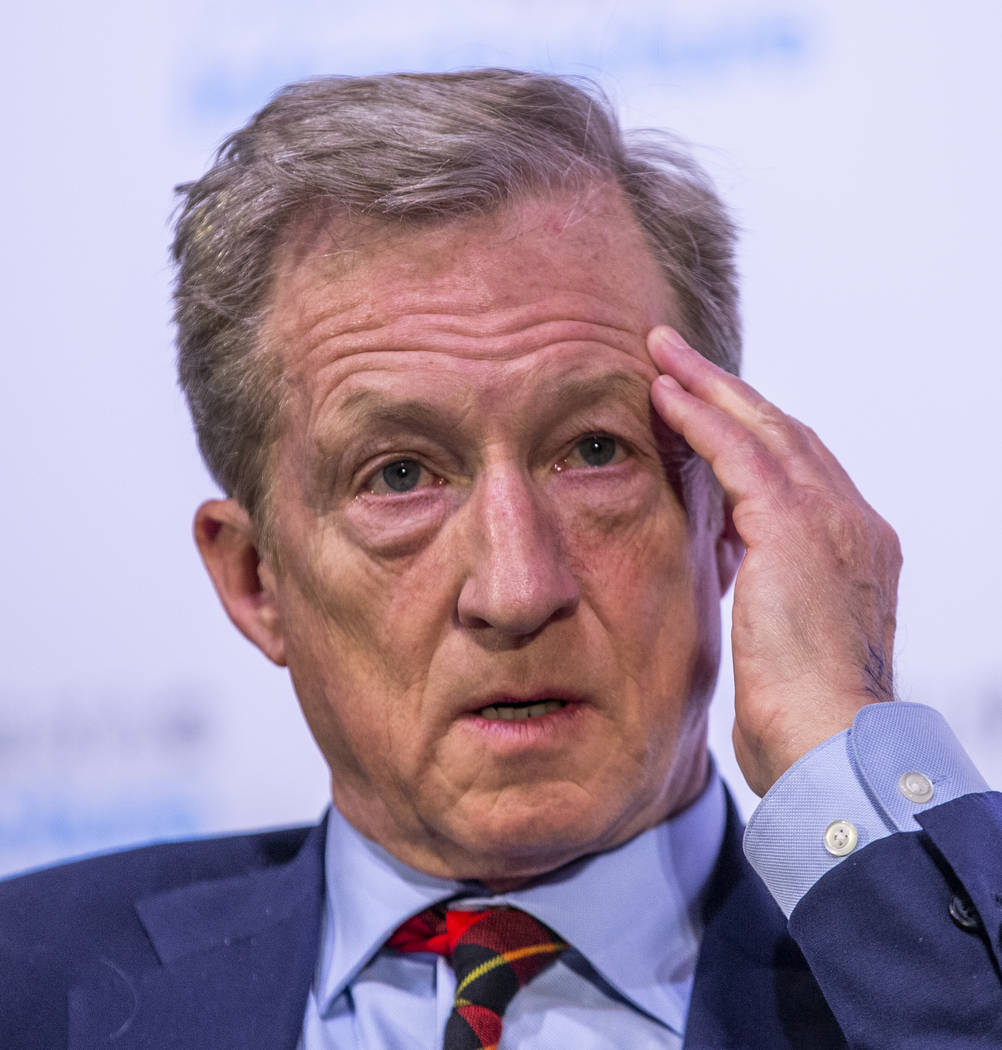 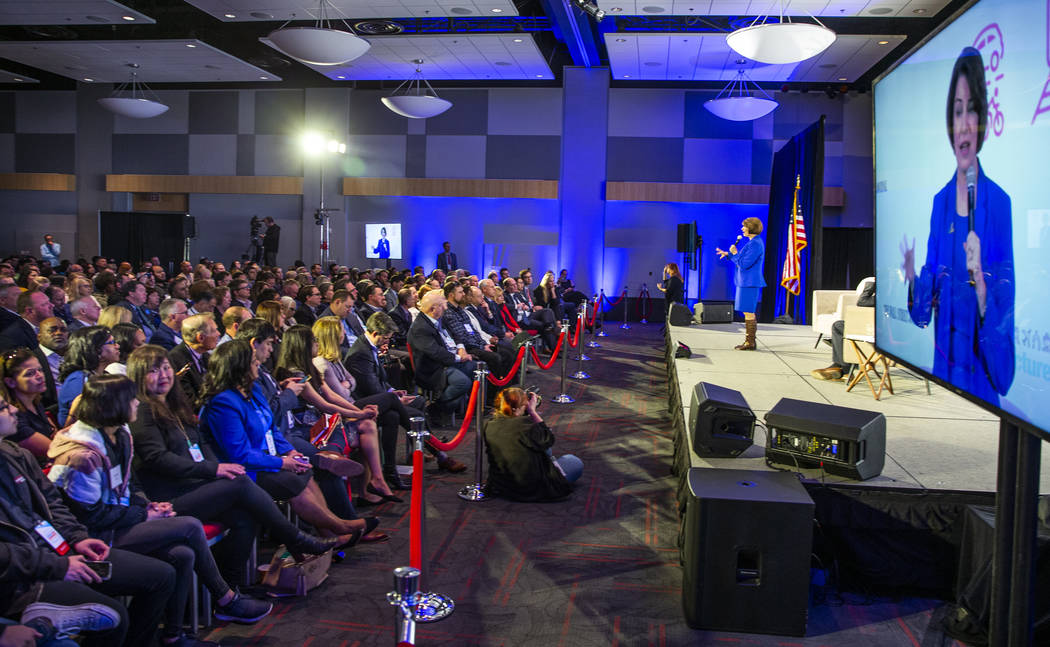 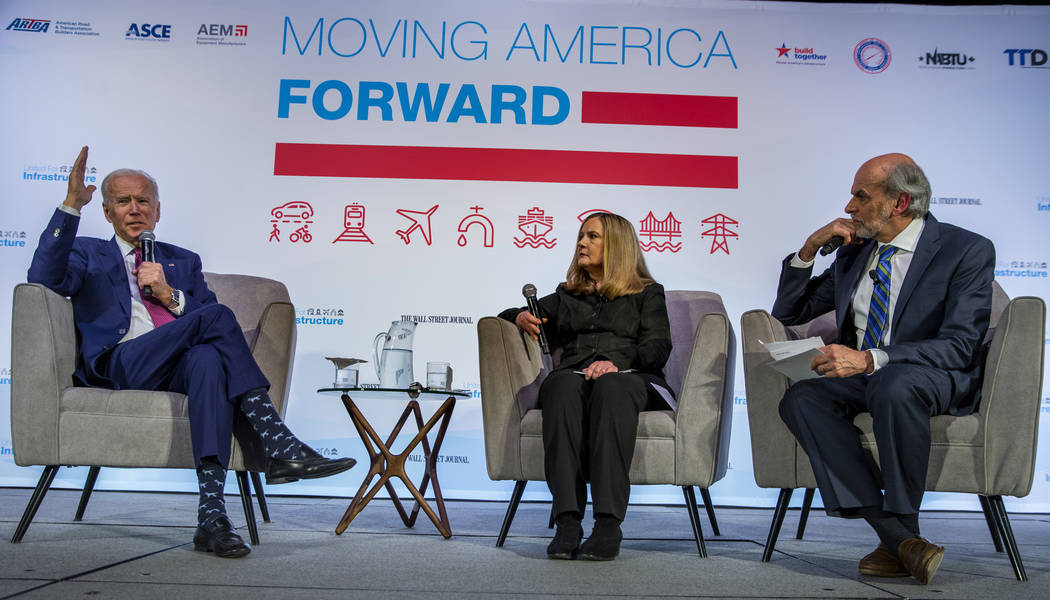 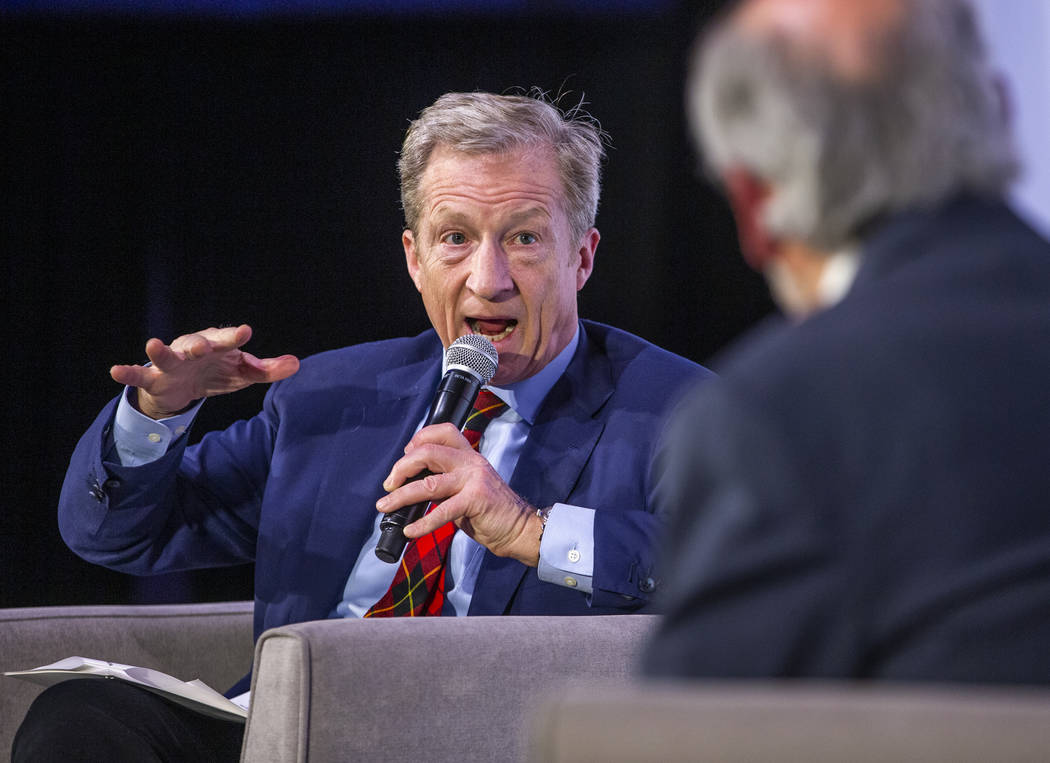 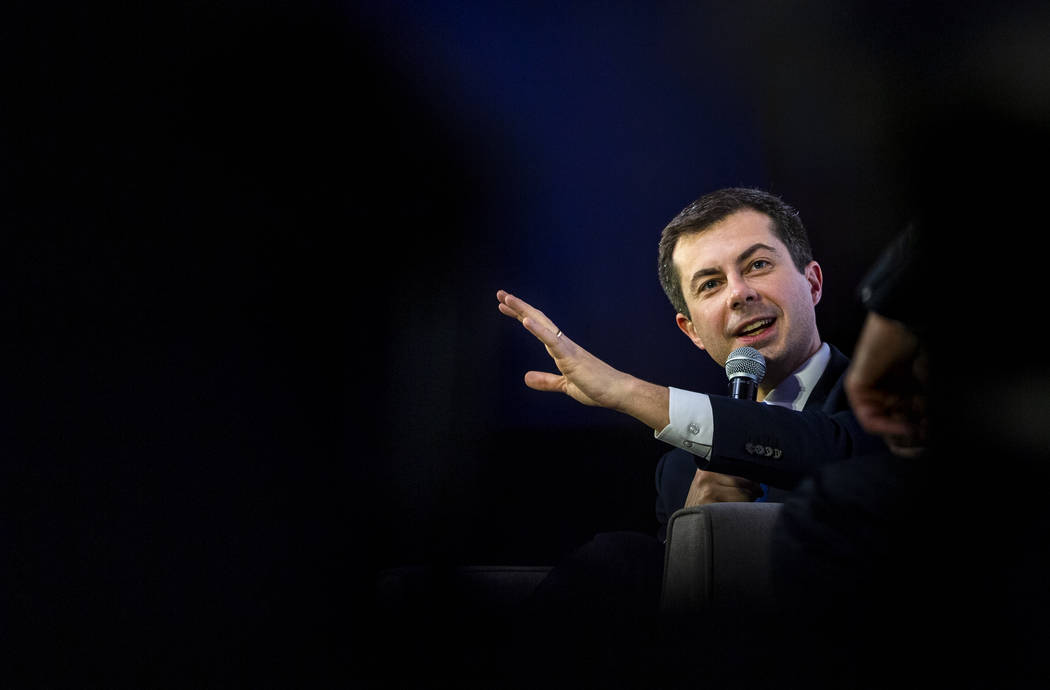 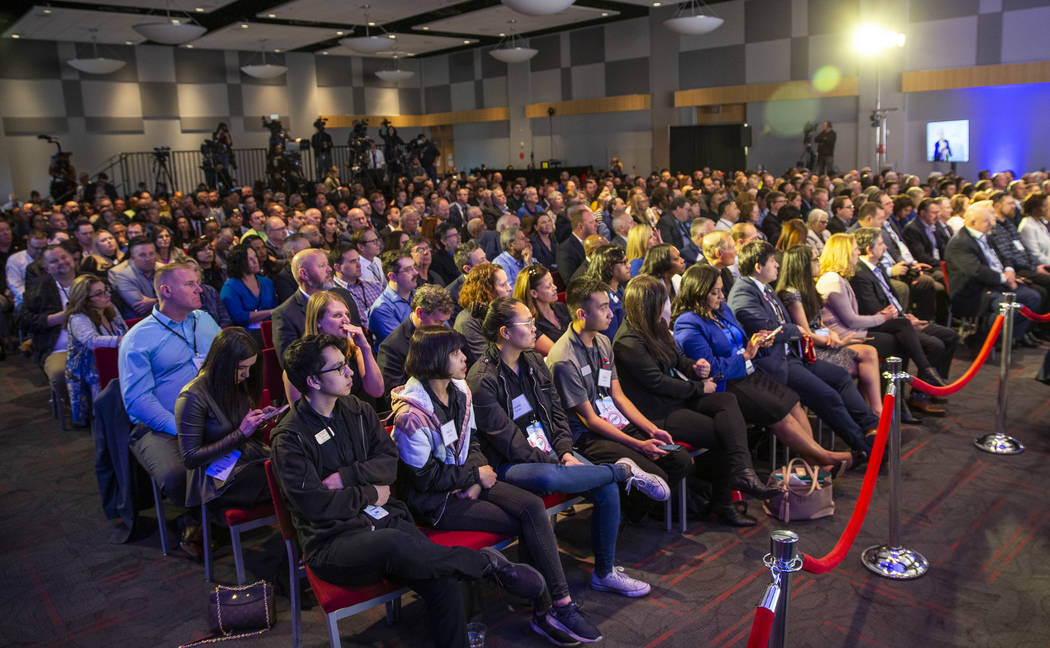 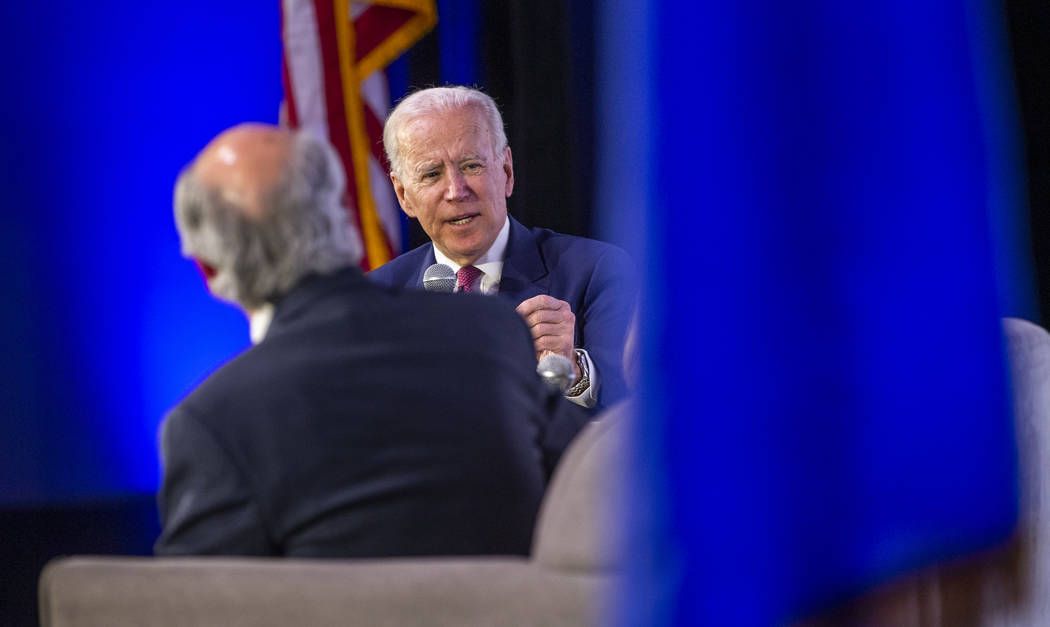 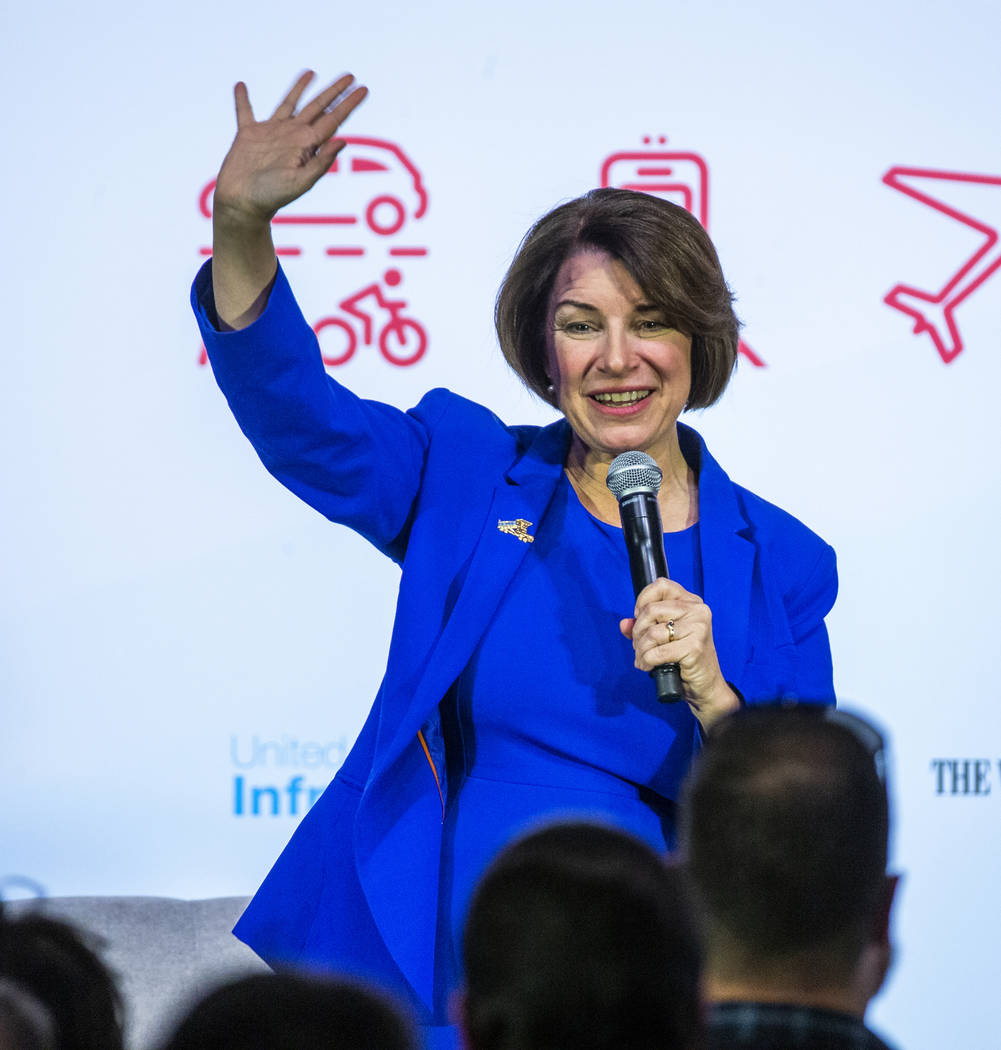 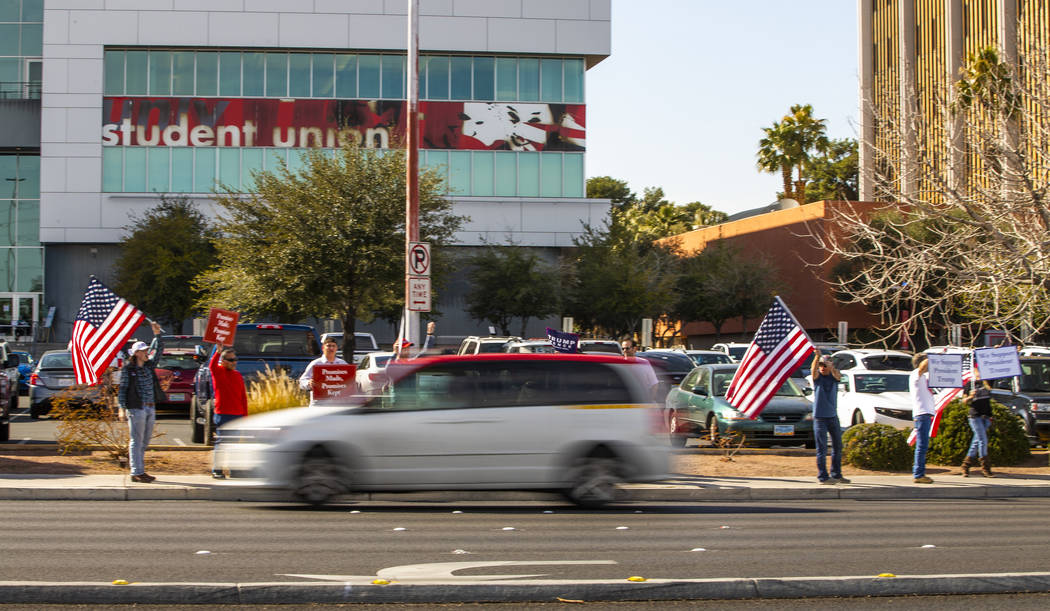 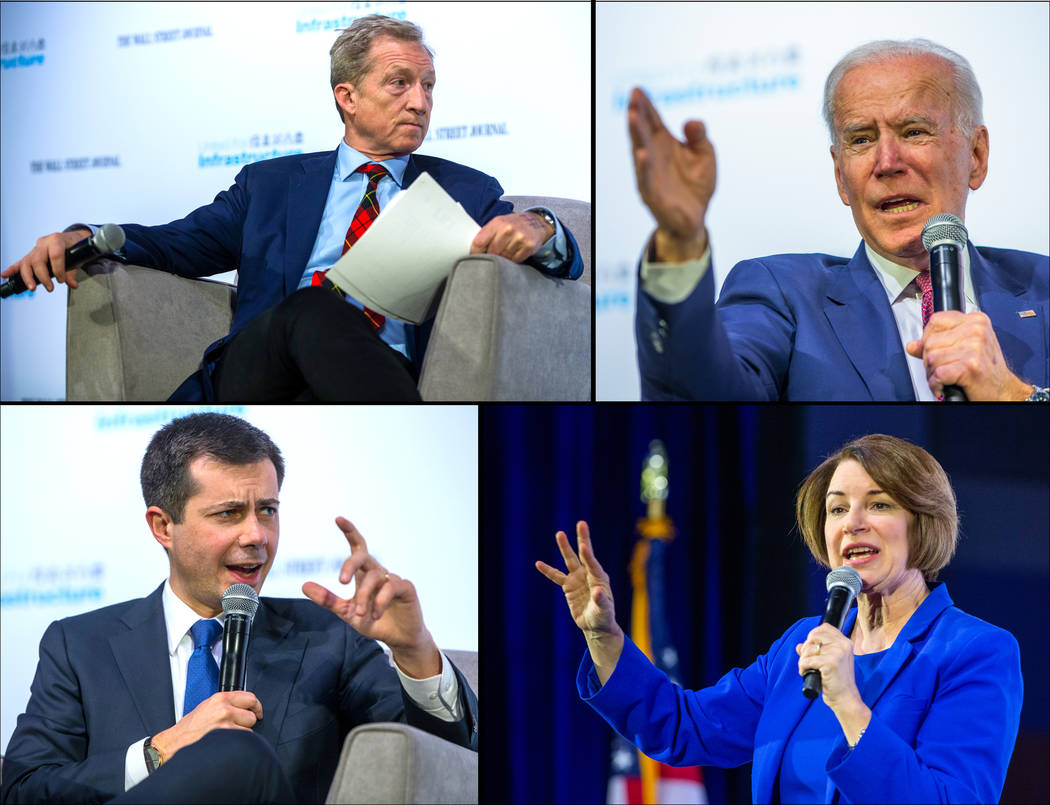 Four of the candidates seeking the Democratic nomination for president answered questions about infrastructure on Sunday at a forum sponsored by the nonprofit group United for Infrastructure.

And, answering questions from Wall Street Journal Executive Washington Editor Jerry Seib and Deputy Washington Bureau Chief Jeanne Cummings, most of the candidates agreed that some tax increases would be necessary to build the kind of infrastructure required for the 21st century.

Biden said he’d been in charge of a $90 billion infrastructure package passed during the Obama administration, and he insisted that “every dollar” spent had to comply with prevailing wage laws.

Biden said he didn’t think it would be possible to raise the federal gas tax, but that it may be possible to index it to inflation. But he said he would sign a bill that would increase the passenger facility charge at airports to pay for maintenance.

Famous for commuting home to Delaware on Amtrak trains during his Senate tenure, Biden touted light rail and high-speed rail as ways to get cars off highways.

“I’m a big rail guy, especially high-speed rail,” Biden said. “You have to change the transportation structure, the network. … I just think we have to think of it in a different way.”

Steyer said the infrastructure of the future would have to result in more densely built housing serviced by more public transportation. “What we’re really talking about is rebuilding America in a concentrated fashion,” he said, adding later, “we’re going to have a more interesting life.”

Steyer said he didn’t think federal subsidies would be necessary for electric cars as they fall in price. He did say a program that would pay a rebate for turning in gasoline-powered vehicles could make the costs of electric cars cheaper.

While Steyer didn’t say he’d support raising the gas tax, he did say taxes would have to go up, mentioning a wealth tax that treats investment income the same as earnings from wages. “What we are definitely going to have to do is raise taxes,” he said.

He reported a conversation he had with someone in San Diego, who told him the city was considering “managed retreat,” or moving inland, to hedge against problems related to climate change. “Managed retreat is not really an option in this world,” he said.

Klobuchar said infrastructure reforms should also include ensuring rural areas have access to high-speed internet service, to fix the “crazy, patchwork situation” where some communities are connected but neighbors are not.

She said the country had a chance to spend $1 trillion on infrastructure, but blamed President Donald Trump from walking away from a deal in favor of a tax cut bill instead. If the tax cuts had been crafted more carefully, she said, the bill might have generated money to pay for some reforms.

She said planners should not neglect projects such as aging water pipes in Flint, Michigan, where she said residents are still drinking bottled water to avoid lead contamination from their tap water.

As former mayor, Buttigieg said he was particularly interested in the issue. He called for an “ARPA-I,” program, a research initiative modeled on the Defense Advanced Research Projects Agency that studies new technology and weapons.

Buttigieg said he wasn’t opposed to borrowing to pay for projects since interest rates are low, but sounded a note of caution, saying in general big projects should be paid for now, rather than pushing the costs to future generations.

“We do need more federal funding, and yes, that’s something that’s going to require federal leadership,” he said. “You can’t expect local governments to do all of this on their own.”

But, he added, he would convene a “Pittsburgh Summit” to allow local and state authorities to share ideas about solutions to infrastructure problems.