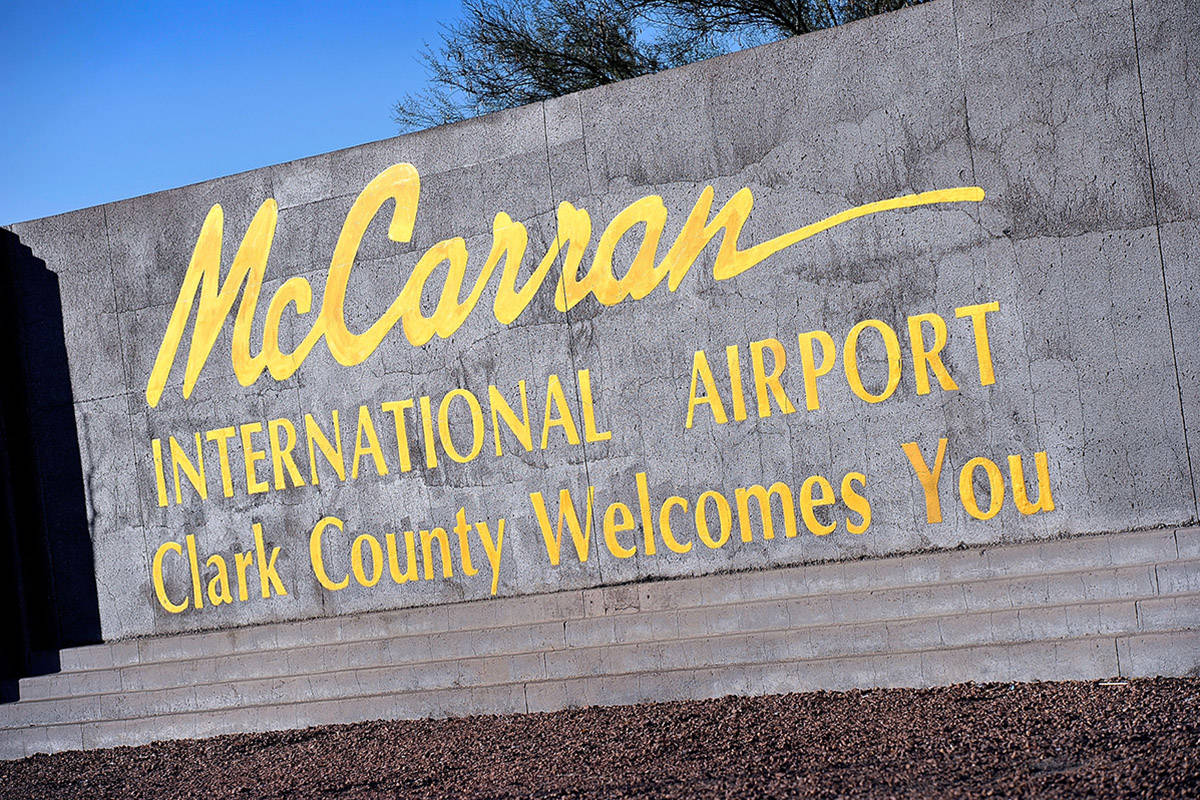 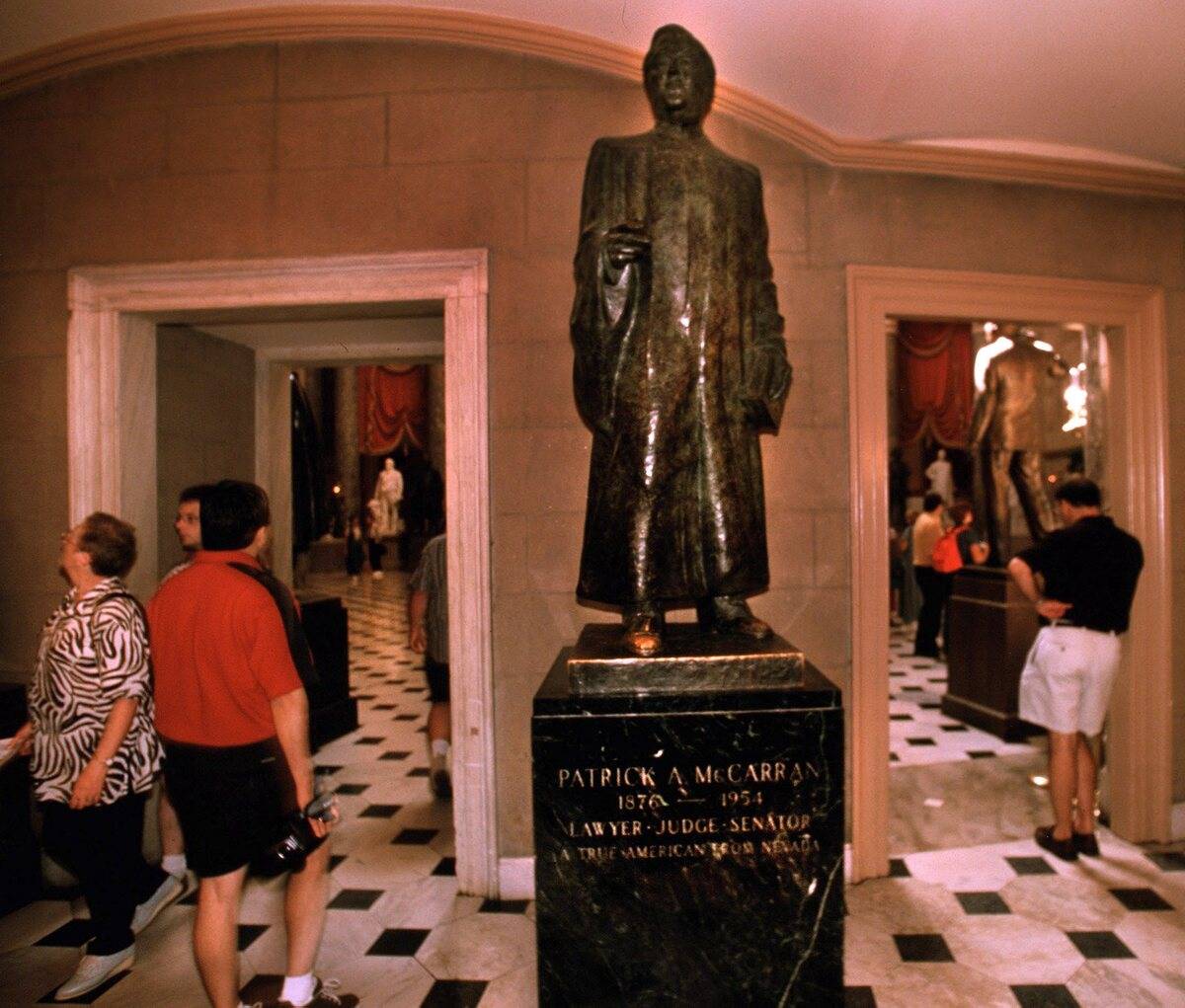 All Democratic members of Nevada’s congressional delegation have written a letter to Gov. Steve Sisolak and state legislative leaders, asking for them to replace the statue of former U.S. Sen. Pat McCarran in the U.S. Capitol.

“While Senator McCarran fought for workers’ rights and sponsored legislation that helped shape the modern air travel industry, his dark legacy of virulent racism, anti-Semitism, and xenophobia have no place representing Nevada in the United States Capitol,” the letter reads.

“Pat McCarran’s advocacy for racist and xenophobic policies are well-documented,” the letter adds. It was signed by Sens. Catherine Cortez Masto and Jacky Rosen, and Reps. Dina Titus, Susie Lee and Steven Horsford. “Our state’s statues in the United States Capitol should embody Nevada’s values as a compassionate, diverse and welcoming state. A monument to a man who advocated bigotry is an affront to those ideals.”

The delegation’s lone Republican, Rep. Mark Amodei, could not be reached for comment Friday afternoon.

The letter details McCarran’s efforts to restrict immigration, including of Jewish people following the Holocaust, efforts to block Jewish judicial candidates nominated by President Franklin D. Roosevelt and the passage of the McCarran Internal Security Act, which allowed for revocation of citizenship and limits on free speech.

Some defenders of McCarran’s legacy, however, cite his opposition to a 10 percent federal tax on the gross proceeds of gambling in the state. Author Robert Laxalt wrote in his 1971 book, “Nevada” that the tax would have put the state’s casinos out of business, and stymied Las Vegas from becoming a major tourist destination.

Calls for removal of McCarran’s statue are not new. Former U.S. Sen. Harry Reid lent his voice to removing the statue and renaming the airport. A proposal that came before the Clark County Commission in 2012 was never realized, however, and a bill in the 2017 Legislature brought by former state Sen. Tick Segerblom to rename the airport for Reid never made it out of committee. Sisolak, shortly after getting elected governor, also called for renaming the airport for Reid.

State legislatures are responsible for nominating statues to be placed in Statuary Hall in the Capitol, by passing resolutions naming the individual and their qualifications, establishing a committee to select the sculptor and paying for the effort.

That statue was donated by Nevada to the U.S. Capitol in 2005.

In their letter, the members of the delegation requested that a resolution to begin the process of replacing the McCarran statue be passed in a special session expected later this month. The session is planned to deal with the budget crisis caused by the business shutdown enacted to slow the spread of the coronavirus.

The letter comes just days after UNLV removed the Hey Reb! statue at the university, after student groups protested it as a racist symbol.

Earlier this week, Sen. Roy Blunt, R-Mo., blocked a bill sponsored by Sen. Cory Booker, D-N.J., to remove statues from the Capitol of those who served in the Confederacy during the Civil War.

A nationwide effort to remove historic statues of individuals representing America’s past began after three weeks of protests over the death of George Floyd, who died under the knee of a Minneapolis policeman later charged in Floyd’s death.

A statue of George Washington was toppled in Portland, Oregon, and Confederate symbols and statues were taken down in Richmond, Virginia, following protests and skirmishes with demonstrators and counter-protesters.