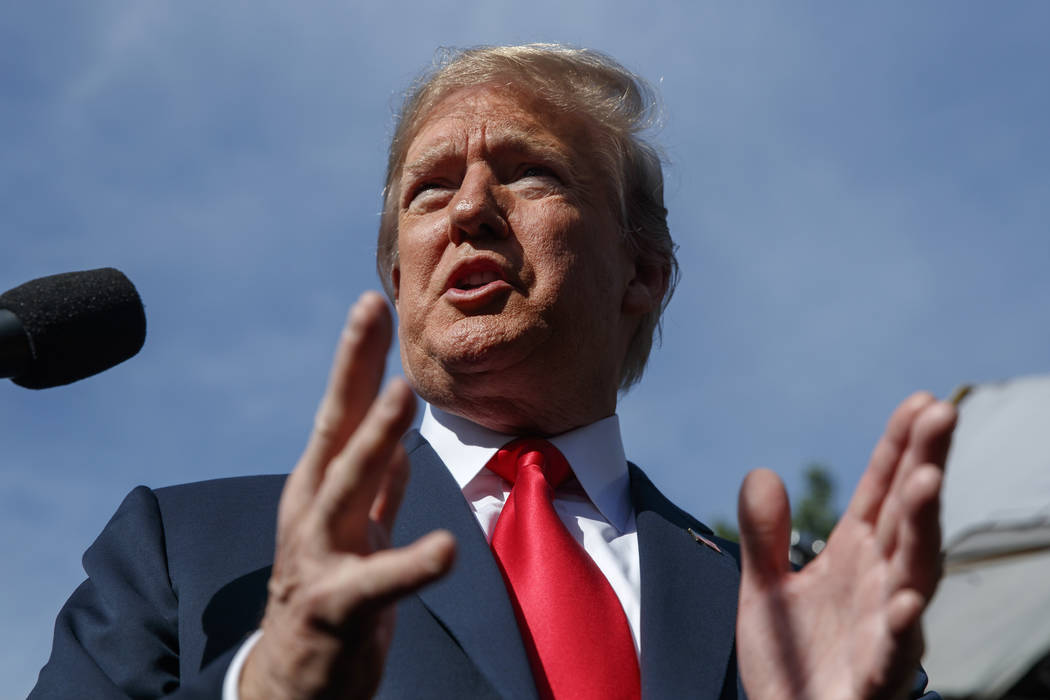 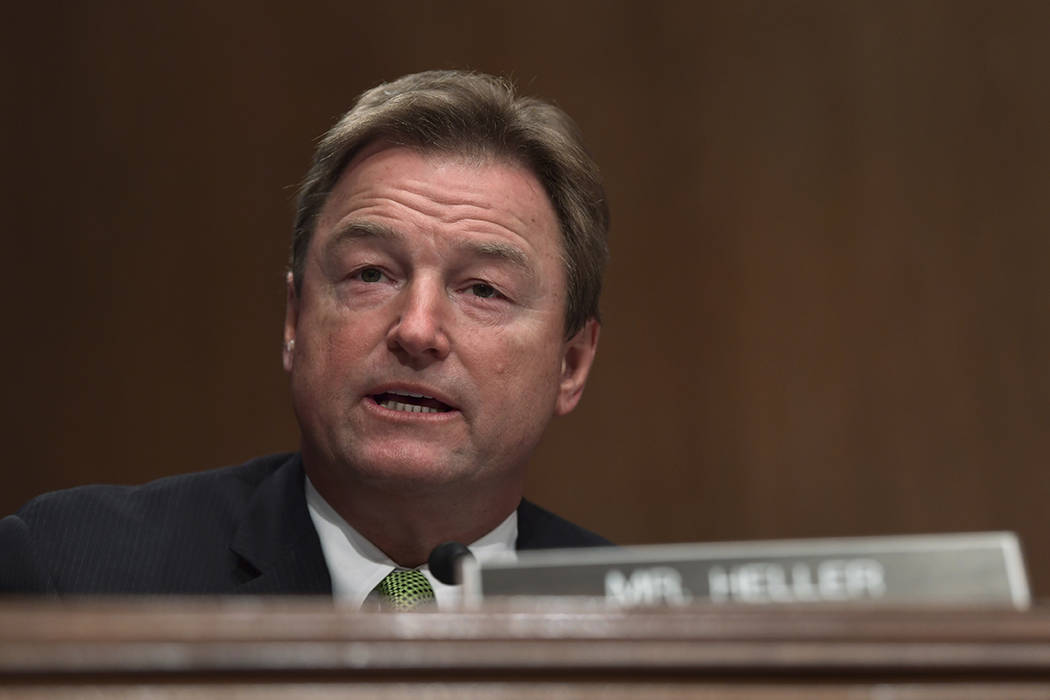 CARSON CITY — President Donald Trump will be in Las Vegas on Saturday for a two-pronged stump that includes giving the keynote speech at the state Republican party’s convention and attending a fundraiser with U.S. Sen. Dean Heller.

The convention will be held Friday and Saturday at the Suncoast .

Trump will also be in town to help boost fundraising for Republicans.

Trump and Heller are listed as headliners on an invitation for a private fundraiser from the National Senate Republican Party and the state GOP.

Couples can pay $50,000 to take part in a private roundtable with Trump, and $15,000 for a photograph with the president.

The time and place for the fundraiser have not been announced.

Heller is facing a challenge from U.S. Rep. Jacky Rosen, who is leaving her seat in the 3rd Congressional District in hopes of giving Democrats both of Nevada’s Senate seats. The race has drawn national attention because Heller is the only Republican senator up for election in a state that Hillary Clinton won in 2016.