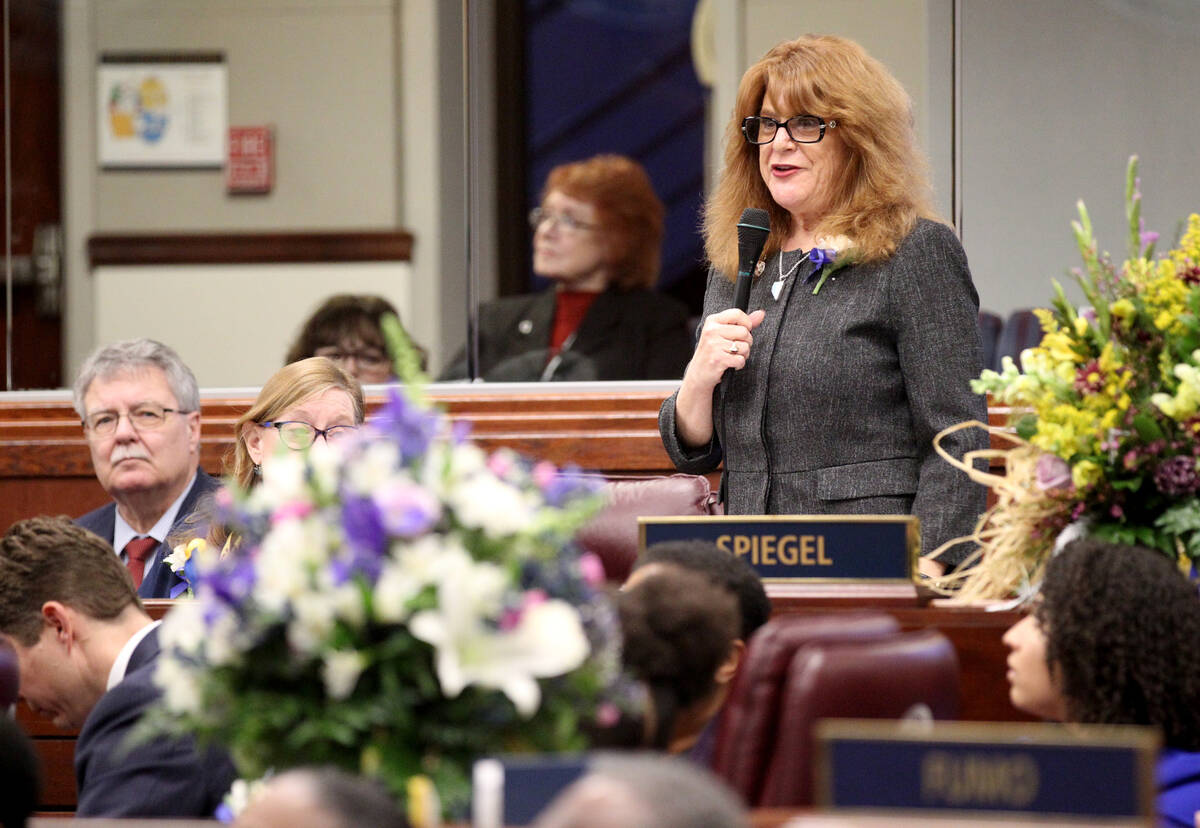 Former Assemblywoman Ellen Spiegel, D-Henderson, speaks on the Assembly floor in the Legislative Building in Carson City on the first day of the 80th session of the Nevada Legislature Monday, Feb. 4, 2019. (K.M. Cannon/Las Vegas Review-Journal) @KMCannonPhoto 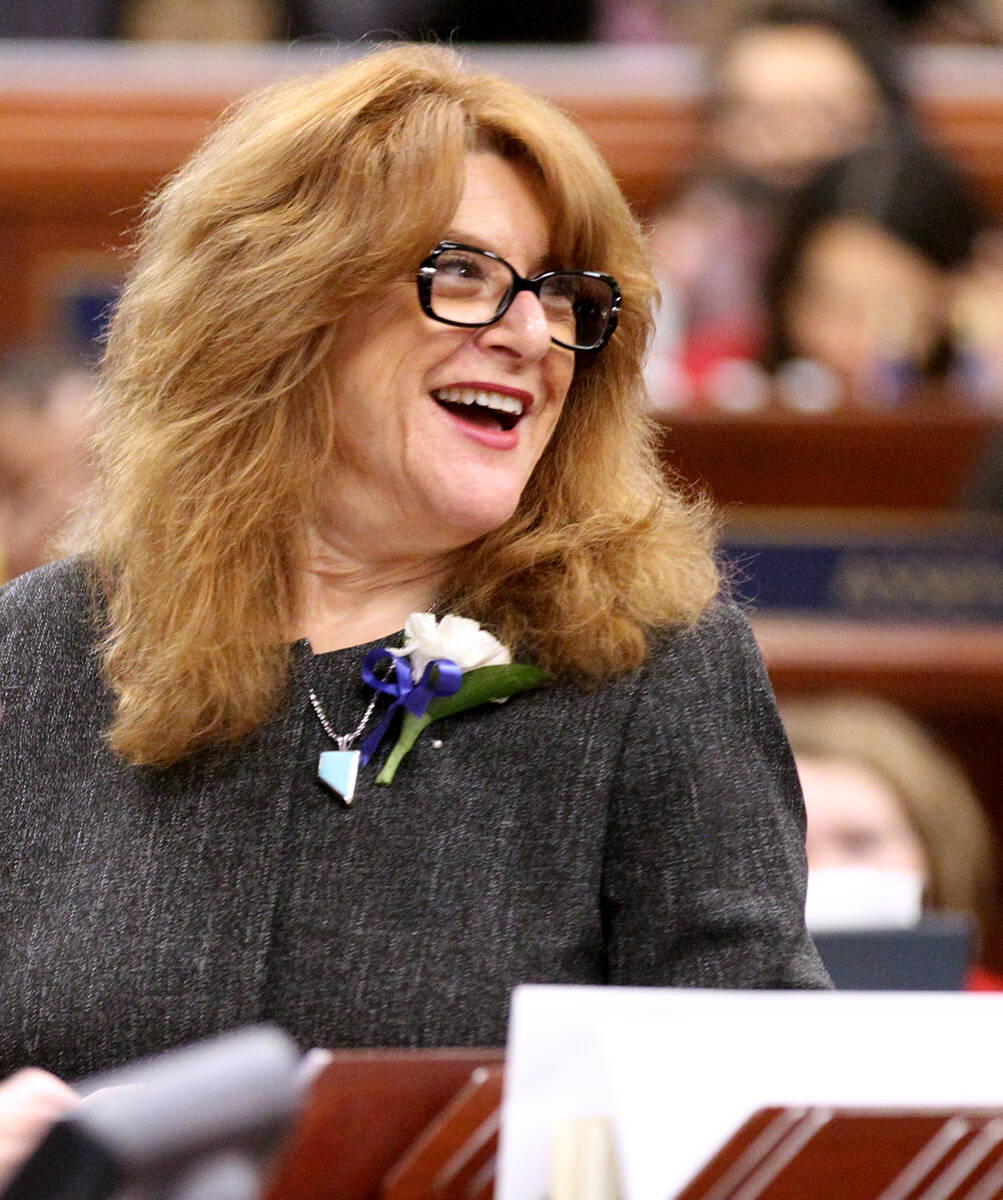 Former Assemblywoman Ellen Spiegel, D-Henderson, signs the oath of office forms on the Assembly floor in the Legislative Building in Carson City on the first day of the 80th session of the Nevada Legislature Monday, Feb. 4, 2019. (K.M. Cannon/Las Vegas Review-Journal) @KMCannonPhoto

Setting forth her candidacy in a statement Wednesday, Spiegel, who lost her bid for a state Senate seat last year in a three-way Democratic primary, said “voting rights and our way of life are under attack.” The secretary of state is the state’s chief elections officer.

“I realize the word ‘fighting’ is likely the most overused word in politics,” Spiegel said in her announcement. “That said, anyone running for any Secretary of State office in any state in the U.S. better be ready for a fight.”

Republican-controlled states in the aftermath of the 2020 election have passed tighter controls and limits on voting, citing unproved and refuted claims of ballot box fraud. State and local elections officials of both parties also have been threatened, with some receiving extra security protection.

Nevada, controlled by Democrats, expanded access to the ballot in 2020 amid the COVID-19 pandemic, enacting changes such as universal mail-in balloting that were permanent this year.