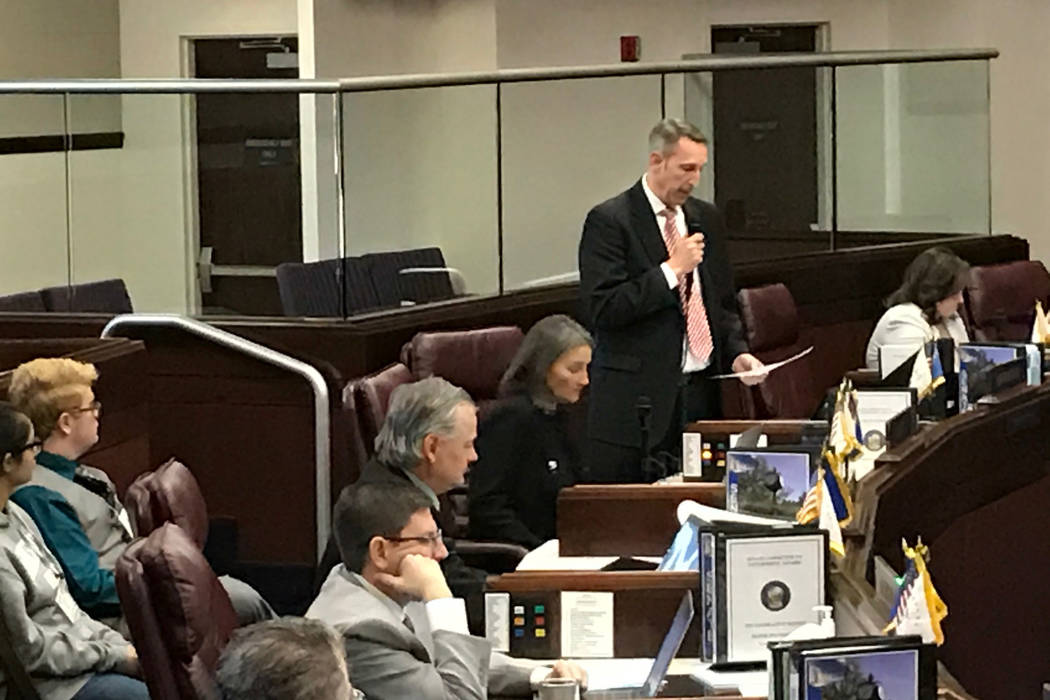 “Conversion therapy is a discredited practice that falsely claims to change a person’s sexual orientation or gender identity. It is opposed by mainstream mental health practitioners and organizations,” Parks said.

Hardy, a Boulder City physician and a member of the Mormon church, voiced concerns on the floor that the bill could prevent a church member from counseling a youth who comes to them for guidance on sexuality.

SB201 now goes to the lower house for consideration, and passage is expected. A similar bill passed the Senate in 2015 but died in the Assembly.

Also approved Tuesday was Assembly Bill 99, which among other things requires foster parents to undergo training on working with lesbian, gay, bisexual, transgender and questioning children.

It also requires state and local agencies and facilities to treat a child in their care as having the gender with which the child identifies.

During committee hearings, former wards who had been placed in foster care described emotional abuse when the families they had been placed with belittled them for their sexuality or isolated them from other children so has not to influence them.

AB 99 passed the Senate 18-2, with Republicans Hardy and Gustavson voting no.

“I feel that we need to cast a wider net for foster parents,” Hardy said, adding, “I don’t want to discourage anybody from being a foster parent.”

Hammond, who voted against the conversion therapy bill, urged his colleagues to support the training.

A father of three adopted children, Hammond acknowledged bringing a child into a family “can be an intimidating proposition.”

He said his children have brought “a greater understanding than we ever thought was possible,” about things he and his wife never thought about, as well as a deep love.

“They have brought out the best in me,” Hammond said.

“As an adoptive father, please believe me when I tell you how important this legislation is,” he said, adding the bill will ensure “every child goes to a home with loving and understanding parents.”

AB 99 now goes back to the Assembly for consideration of amendments added by the Senate.